The Democrats' big-government message: not good news for the poor and middle class 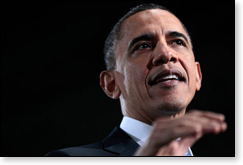 In his emerging re-election campaign, President Obama's message is becoming clear and simple: be afraid, be very afraid of those heartless conservatives. What is amazing is that his message is almost completely opposite from his message of four years ago. Back then, the message was change we could believe in. Now, the message is fear of making the kind of changes needed if America is to remain a society of opportunity, freedom, and international competitiveness.

The preference of government over people

President Obama and his Democratic Party are not only refusing to take action or make vital changes in the federal budget (as evidenced by the Senate's continuing failure to even pass a budget), they are accelerating the country toward a budgetary crisis. It is now evident that the only goal of the Democrats is to simply keep feeding the growth of an already out-of-control federal government, regardless of whether that government is accomplishing the goals that are used to justify its growth.

The most frequently-used justification for the growth of government is the well-being of the working and middle class, as if only a bloated bureaucratic government can provide working- and middle-class Americans the kind of life of which they've dreamed. As if traditional American society and economy are inherently hostile to anyone but the rich and powerful, and only the bureaucrats in Washington, DC, are capable of looking out for the average American.

Big government and the social elite

Democrats use government spending as a false proxy for the solution of an array of problems. This allows them to take the very simple, but false, position that they are fixing problems or representing groups of people just by increasing the budgets of federal agencies purportedly concerned with those problems or groups. 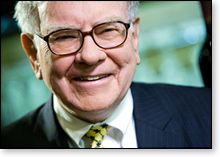 There's a reason Warren Buffett pays a much lower tax rate than does his secretary. And there's also a reason why the really big banks — the banks whose carelessness contributed to the financial crisis — are doing better than the small banks, the banks that played by the rules and didn't need bail-outs. It's the big banks that have the resources to handle all the extra costs of burdens of the increased federal regulation.

The rich and powerful don't mind big government; in many ways, they welcome it — because big government preserves the status quo. Big government suffocates social mobility. It grows out of a proclamation to combat inequality, but in the end the poor and middle class are the ones that ultimately have to bear the burden of this increased government. The rule of history is that the more government grows, the more the average person has to pay.

Compare, for instance, the United States and France. In the U.S., the 16% of GDP collected in income taxes is allocated as follows: the top ten percent of taxpayers pay over 7 percent, and the other 90 percent pay just under 9 percent. But in France, where over 24 percent of GDP is paid in income taxes, the wealthiest 10 percent pay less than 7 percent, but the remaining 90 percent pay more than 17 percent. Thus, the more government is expanded in the name of the poor and middle class, the more the poor and middle class foot the bill — and the less the poor get out of it.

A CBO study recently found that, over the past 30 years, the percentage of government transfer payments going to the poor has declined from 50 percent to 35 percent. And when government programs or regulations fail, it is the poor who suffer. The recent housing and financial crises, brought on by misguided government efforts to force lenders to issue home mortgages to people who couldn't meet traditional underwriting standards, hit the working poor the hardest: first, by creating a recession that eliminated jobs; and second, by leading to the foreclosure of their homes. The same effect occurred with all those public high-rise housing projects built during the 1960s and which have all been torn down. It was the poor who suffered — the poor whose children were forced into such close living contact with gang leaders and drug dealers.

When government spending suffocates economic growth, it isn't the rich who suffer — they can still collect their tax-free interest from municipal bonds, or move their money off-shore. Their incomes and livelihood aren't threatened. But for the poor, a suffocation of growth eliminates jobs and economic opportunity. For instance, a study by scholars Magnus Henrekson and Andrew Bergh shows that for every 10 percentage points that a country's government expands into its economy, the country loses one percentage point per year in economic growth. And countless studies have revealed how states with no income tax grow much faster than those with high income tax rates.

The wealthy don't need social mobility. They don't need growth. For them, the status quo is just fine. With big government, the rich gain power, since their ability to wield political power empowers them to have a greater control over society. When government spending fuels inflation, the rich will always find ways to protect their money. It is the poor who are the first victims of an inflationary economy.

The ruse of fairness

President Obama is trying to sell his agenda of escalating government under the exploitive election-year banner of fairness. But this is a distraction from the real issues surrounding taxation and government spending. Taxes are all about paying for the essential government services that society cannot obtain any other way. They are not about feeding an unrestrained government that constantly needs more fuel. Taxes are about nations and states remaining competitive with each other, especially in an increasingly globalistic world. But fairness? How can we determine the fairness of taxes? How much of the total income taxes should the top 10 percent of income-earners pay? Twenty percent? Thirty percent? Forty percent? If the majority of society pays a rate of 10 percent in income taxes, what's the fair rate for the rich to pay? Twenty-five percent? Thirty percent? Thirty-five percent? 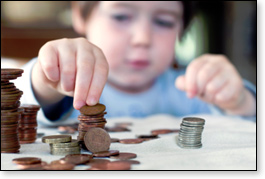 Fairness is not a viable governing strategy or guidepost. It is a manipulative, emotional label that seeks to distract from the formation or evaluation of realistic, workable strategies.