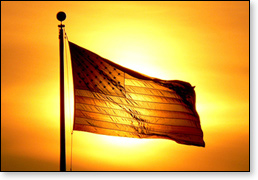 There has been no shortage of analysis, advice, and accusations among conservatives over the 2012 presidential election. Much of that analysis and advice concerns demographics. Conservatives and Republicans need to make special efforts to reach out to Hispanics, single women, young Asian-Americans, etc. But this ethnic, racial, and gender focus is too narrow and completely ignores the very nature of conservatism. Furthermore, it too closely mimics the political strategy of modern liberalism.

The future for conservatism lies not in creating a basket of special benefits for various demographic constituencies. Instead, it is in honing and strengthening the basic and natural message of conservatism. Unlike modern liberalism, the tenets of conservatism are rooted in family, freedom, opportunity, work, and non-governmental social institutions. These are values and traditions that appeal to all Americans. But in the 2012 election, conservatism was not portrayed in such a universal or unifying manner.

Conservatives have directed much criticism at Governor Romney's campaign, but in many respects the reason for his loss is similar to the reason for the 2008 loss — namely, that after the financial collapse the public did not trust Republicans to look out for the common person. In 2008, the image of conservatives and Republicans reverted back to the image that had prevailed in the 1930s and 1960s.

This image — that of special protector of the rich and powerful, and indifferent to the plight of the poor and working American — has dogged conservatism for the past eighty years. Unfortunately, much of the public has come to believe this distortion — and many conservatives have become defensive about it and have not aggressively challenged it. But the lesson of the 2012 election is that conservatives can no longer live in such a retreat.

Resting as it does on time-proven values and aspirations, conservatism possesses an inherent universal appeal. And its message is a positive one, based as it is on that which has been found good in the past. Moreover, America stands at the edge of a great conservative moment, much as it stood at the edge of a great liberal moment in 1932, for only conservatism offers a realistic answer to the great government budget issues of the time. But it can only do so if it debunks the myth that it is only concerned with the rich and powerful.

Conservatism as a unifying creed

Polls consistently show that the American public holds conservative views on many social and cultural issues. Exit polls in the November election revealed that by an eight-percent margin, the public thought government did too many things that were better left to private businesses and individuals, and by a five-percent margin favored repealing or cutting back Obamacare. Hispanics, in particular, are a natural constituency, with their work ethic and socially conservative views.

But the Left has successfully portrayed itself as defender of the common person, despite the fact that Democrats increasingly carry the wealthiest neighborhoods, and despite the fact that the social elite are increasingly liberal in their political views and increasingly aloof from middle-class communities and traditional values. Indeed, under President Obama, the wealthiest Americans have become wealthier and the biggest corporations have become bigger and more profitable, even while median family earnings have fallen. Under Obama, big government has boosted the privileges of the privileged class.

How conservatism can refocus its message

Conservatives have been partly responsible for their distorted public image. They have often ceded the working-class terrain to the Left, reflexively drifting over to the side of the well-to-do. During the 2012 campaign, the Republican opposition to Obama's proposed tax hikes focused primarily on the effect of those taxes on the reward system for those who succeed in life only. Infrequently was the other side of the story articulated: the story of how increased government spending and taxes would affect opportunities available to the poor. 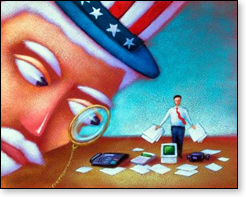 Similarly, during the current "fiscal cliff" negotiations, Republicans quickly found themselves focused primarily on the issue of tax rates on the wealthy. The issue of spending cuts seemed almost lost, or secondary. This issue, of a budget deficit growing so large that it threatens to destroy the economy, applies not just to the wealthy but to every American. This was the issue of most concern to poor and working Americans, not the issue of whether millionaires pay an extra two percent in marginal tax rates.

Take the goal of economic growth. Growth may not be that important for the rich, who are already prosperous, but it is vitally important to the struggling. Moreover, without growth, everything becomes a quid pro quo. One group can gain only if another group loses. But this puts society into constant class warfare, and history proves that the poor will never prevail in a direct conflict with the wealthy. And "fairness" is no substitute for growth, because "fairness" denies the poor the same opportunities that the rich have enjoyed. "Fairness" traps the poor into some politically tolerable status.

And there are plenty of ways to make that case: Government education policies that make college almost financially out of reach for middle-class families. Regulatory agencies that destroy jobs without improving quality of life. An economy in which, according to Career-Builder.com, small business owners made 19 percent less per year than government managers. Housing programs that saddle people with homes they cannot afford. Protectionist policies that seek to artificially insulate individuals from the American economy and make them more secure in poverty, rather than empowering them to compete in that economy and enjoy its benefits.

Despite the claims of the Left, there is no special connection between the rich and the principle of limited government. In fact, to the contrary, big government, big business, and big money go hand-in-hand. There is a reason George Soros and Warren Buffett are big-government supporters. And no matter how much they advocate for higher taxes, they will never pay a higher marginal rate than their secretaries. But conservatives have let their support of limited government be translated into a support of the rich. They have let their criticisms of big government be seen as an attack on all the people who receive government benefits, rather than as advocating a better way of life for those Americans.

What conservatives need to do is take the battle directly to the liberal home front. They need to go to the inner cities and show how liberalism has failed, creating urban environments of brutality and degradation. They need to show how the poor have suffered the most from a failing public education system, how regulations disproportionately harm small businesses and benefit big corporations that can afford to handle those regulations, how government agencies that purport to serve the public have instead morphed into public jobs programs where pensions trump performance.

Take President Obama's home state of Illinois. Because of liberal policies, Illinois is suffering from abject economic, demographic, and social decline. With the worst credit rating in the country and the second largest public debt per capita, the state has, according to political scientist Walter Russell Mead, "condemned millions of poor children to substandard education, choked business development and growth through unsustainable tax and regulatory policies — and still failed to appease the demands of the public sector unions and fee-seeking Wall Street crony capitalists who make billions off the state's distress."

But even though a bloated and intrusive government is often a problem, conservatives need to recognize that there are many problems facing Americans today. Not all problems stem from government overreach. Some stem from an unaccountable financial sector that sent the economy into turmoil in 2008, from multinational corporations indifferent to the communities in which they do business, and from a higher education system that is prohibitively expensive. 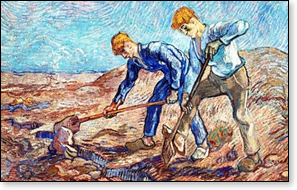 Unfortunately, poor and working Americans often feel that conservatives do not talk directly to them about such problems. Blue-collar workers hear little about low wages and the problems facing industrial communities. Immigrants hear little about how working hard at an entry level job can lead to a middle-class life. In the 2012 election exit polling, Obama beat Romney by 10 points on the question: "Who is more in touch with people like you?" Part of the reason for this response was the long-held image of conservatives and Republicans as beholden to big business and the country club set. But another reason is the failure of conservatives and Republicans to express their message through the viewpoint of poor and working-class Americans.

The absence of a working- and middle-class message was a glaring deficiency of the Romney campaign. Too often, the Romney message looked at America from the standpoint of the heroic entrepreneur burdened by taxes and regulations. But this story is not one with which most people can identify. The average person is not a pioneering innovator, striving for great business success, but someone trying to make a living and support a healthy and happy family. Their concern is more with security than with economic freedom.

Conservatives must speak to these concerns. And they must do so with a positive message, not just saying what is wrong with unlimited government, but what is right for the average person with limited government. Conservatives also need to recognize the reality of the common person's view of government — a view that is often fearful of the uncertain consequences of cuts in government programs and entitlements upon which individuals have come to rely. In this respect, conservatives will have to engage in a process of education, rather than in just a blunt combat over abstract principles.

This process of education should begin with a deep concern for the problems faced by the struggling members of society. The next step is an examination of remedies and strategies. Most often, and as history has so often shown, the remedy will lie in the private sphere. But if government offers the better solution in certain circumstances, then conservatives should not let an unthinking hostility to government dictate their message. This, unfortunately was how Governor Romney came across with his "47 percent" remark, which left the impression that he was not interested in those Americans who pay no federal income tax, that he was not speaking on their behalf, and that he was siding with the wealthier members of society.

Conservatism cannot be a viable governing philosophy if it is only geared to those who have prospered and succeeded. But the perception that conservatives care only about the right and powerful is the reason that Hispanics, single women, and immigrants drift over to a Democratic Party that in reality gives them little in return. Hispanics do not vote just on the immigration issue. They have many other concerns, most of which involve being poor, and they rarely hear directly from Republicans regarding these concerns.

Conservatives don't need to change their principles or philosophy, they just need to explain that philosophy from the standpoint of those struggling to succeed in America.