May 28, 2011
Although I wasn't home-schooled, I fully support parents who are in a position to do so. Thus, I'm perplexed and disappointed in remarks made by Catholic author Father Peter M.J. Stravinskas in a recently-posted article on the website of Our Sunday Visitor.

From the OSV article, written by Michelle Martin (excerpted; click here for the entire article):

'Father Peter M.J. Stravinskas, executive director of the Catholic Education Foundation, has become something of a bête noire for the Catholic home-schooling community, championing the idea that Catholic children should be educated in Catholic schools.

'There are several reasons to prefer Catholic schools, Father Stravinskas told Our Sunday Visitor, including that the Church Fathers made clear that catechesis is the job of the whole Church, with the main responsibility resting on the shoulders of the pastor, not the parents.

'And Catholic parents who choose to home-school when there is a Catholic school available at least implicitly send the message that they do not trust the Church to educate their children properly, and the children get that message.

''On the same property where they go to church on Sunday is a school where the parents don't wish to send them,' he said. That leads to a subtle anti-clericalism, he said, because the children learn that priests cannot be counted on to hand on the faith. It shows in what he sees as a dearth of vocations from home-school families. 'Why would you want to join the club if its members can't be trusted to their jobs?' he said.

'He also believes it is psychologically unhealthy for mothers to spend 24 hours a day with their children as they get older, and it's academically nearly impossible for one person to teach all that is included in a modern high school curriculum.

'What's more, he said, some home-school families say they have no issues with the faculty or teaching at their local Catholic schools, but they don't want their children exposed to others whose families might not have the same values as theirs. 'That sets up an elite, a church within a church, and that is to be avoided,' he said.'

I asked two priests loyal to the Magisterium — Monsignor Ignacio Barreiro-Carámbula, interim president of Human Life International, and Father James Farfaglia of the Diocese of Corpus Christi — to weigh in on the controversy. 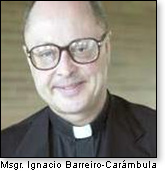 'In an ideal world the best place for the education of children would be in Catholic schools that are faithful to the constant teachings of the Church; are equipped to provide a good level of education; and are responsive to the indications of the parents, who are the primary educators of the children. Regrettably, the reality is that many Catholic schools do not reach those basic ideals, so in some cases parents have to take on the added burden of schooling their children.

'With all charity we have to speak of an added burden that falls mainly in the hands of the mother, because the father has to go out to earn a living for the family. When we speak to mothers about home schooling, some feel they have the gift and are confident and prepared, while others do not have this confidence. In addition, some mothers have to work due to economic circumstances, which would make educating the children at home very difficult or even impossible.

'This is why the Church has not declared that all children must be educated in Catholic schools; there are many prudential and situational considerations. It would be incorrect to say that the main responsibility for the children's faith formation rests on the shoulders of the pastor. Keeping in mind that the primary responsibility of parents is to be educators of the children, as taught in Second Vatican Council's On Christian Education, we should affirm that a well-rounded formation is a shared responsibility of the pastor with the parents. Per the Code of Canon Law, parents have clear rights to make these decisions. At the same time, is evident that a pastor, before admitting the children to the reception of the sacraments, has the right of verifying the level of catechetical instruction of the children.

'So when a couple chooses not to send their children to a local Catholic school, that does not mean they mistrust the Church, nor is such a choice indicative of a form of anti-clericalism, perhaps to a decrease in vocations. It is simply a judgment on the quality of a given school. As a matter of fact, many of us know home-schooling families that have nurtured more than one vocation to the priestly or the religious life.

'Similarly, we cannot say that it is a sign of mistrusting the Church when a person chooses to participate in Sunday Mass in a local Franciscan Friary instead of going to the local parish. In choosing which Catholic Church to attend, the faithful act in full accordance with canon 214, which establishes that the faithful have the right to follow their own form of spiritual life consonant with the teachings of the Church.

'Also, we have to keep in mind canon 1248, which states: 'The precept of participating in the Mass is satisfied by assistance at a Mass which is celebrated anywhere in a Catholic rite either on the holy day or on the evening of the preceding day.' So if the Church recognizes the right of the faithful to attend a Catholic Church different from their own parish church, it is evident that the Church also recognizes to the parents the right to choose the best schooling method for their children.

'We have to confront two arguments presented in the OSV article against home schooling. First, that it is psychologically unhealthy for mothers to spend 24 hours a day with their children as they get older. This argument has some validity, especially because male children require masculine role models. This shortcoming of home schooling can be remedied by enrolling the boys in good sports programs, or in the Boy Scouts, as some parents do.

'The second argument is that it is academically nearly impossible for one person to teach all that is included in a modern high school curriculum. This technical objection, based on the complexities of the modern high school curriculum, can be solved by the hiring of tutors for the parts of the curriculum that parents are not capable of teaching. A better solution would be for a group of home-schooling parents to hire between them a tutor a have their children tutored in common by this person. 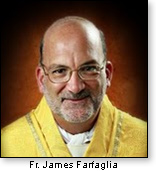 'I'm a firm supporter of homeschooling. As a diocesan priest, my parishes have always been a hub for home-schoolers. Thank God for the home-schoolers — and thank God for families that send their children to Catholic schools.

'Regarding the OSV article, I respectfully disagree with the position taken by Bishop Joseph Vasquez, and I respectfully disagree with Father Stravinskas' remarks about home-schoolers becoming elitists who set up 'a church within a church.' Frankly, I've never had that kind of experience with the home-schoolers I've served throughout my many years as a priest.

'Just like any group of people, there are always inherent difficulties and challenges that need prudent but loving direction from a priest or even a bishop of a diocese. But for the clergy to simply dismiss home-schoolers as elitists or a bunch of weirdoes is a huge mistake and a possible sign of clerical arrogance.

'So regarding the position taken by the Diocese of Austin and Father Stravinskas' remarks, I say: Bravo to the home-schoolers! You have my support. Keep fighting the good fight.'