January 30, 2012
(A shorter version of the following column originally appeared on American Thinker.)

On Jan. 20, the Obama administration, specifically Health and Human Services, made it known that it will indeed require, in the words of a U.S. Conference of Catholic Bishops news release, "that sterilization and contraception — including controversial abortifacients — be included among 'preventive services' coverage in almost every healthcare plan available to Americans."

The administration is throwing an extremely small bone to opponents of the mandate by delaying its enforcement among faith-based groups until 2013.

Cardinal-designate Timothy Dolan, archbishop of New York and president of the USCCB, promptly denounced the decision. 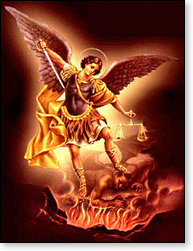 "In effect, the president is saying we have a year to figure out how to violate our consciences," the cardinal-designate said. "To force American citizens to choose between violating their consciences and forgoing their healthcare is literally unconscionable. It is as much an attack on access to health care as on religious freedom. Historically this represents a challenge and a compromise of our religious liberty."

So much for freedom of conscience.

As a practicing and assenting Catholic, I applaud Archbishop Dolan's statement. Yet I fear it may be too little, too late. Over the last several decades, Catholic leadership in the U.S., with certain notable exceptions, has chosen to remain largely silent in the face of "politically correct" evil; or to dialogue with the devil, so to speak.

Whether it's been mainly out of fear or actual complicity in moral corruption is hard to say, but it's obvious that too many purported Catholics — clergy and religious included — don't care a wit about Catholic moral teaching on abortion, contraception, euthanasia, fornication and homosexual activity. In other words, we can, at least in part, thank a majority of Catholics for electing politicians and supporting elites who have given us a culture of death.

That said, now is the time for practicing Catholics to support the bishops, including Archbishop Dolan, who have spoken out against the Obama administration's wicked actions. And just what are those actions, not including the most blatant: the support of legalized child-killing in the womb?

In a Jan. 19 piece at CatholicCulture.org, Catholic journalist Phil Lawler listed them:
Now is the time to pray (and fast, which, admittedly, is something I'm not good at). Pray unceasingly. Pray for the clergy and religious. Pray for our political leaders. And pray for the conversion of the anti-Christ figure who currently occupies the Oval Office.