March 17, 2012
Dedicated pro-lifers across the country are in the midst of the 40 Days for Life campaign, which has already saved quite a few lives! Of course, you wouldn't know it by the non-existent mainstream media coverage, but anyway...

I applaud each and every pro-lifer who peacefully and prayerfully witnesses outside an abortion mill, including those at the Planned Parenthood facility near downtown Chicago: Lynn V., Darlene D., David A., Cathy and Packey A., Stephanie K., Ernestine S., Dan J., Kathryn D., Sharon G., Gerardo and Sarah R., Tim A., and everyone else. Below are a few photos of the prayer warriors.

The Illinois-based Pro-Life Action League and the Michigan-based Citizens for a Pro-Life Society have organized the Nationwide Rally for Religious Freedom, which will be held March 23 in 118 cities across the U.S. 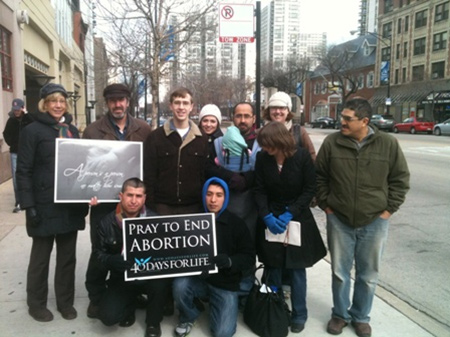 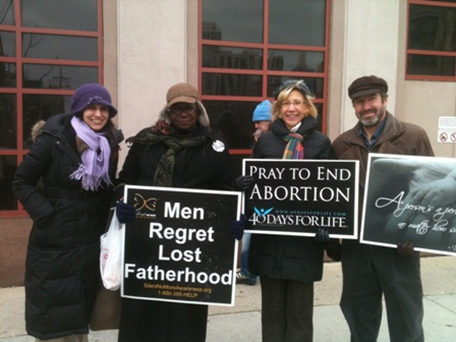 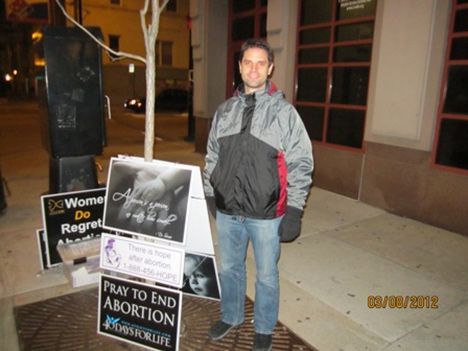