October 2, 2012
I've written about the Truth Alliance Foundation previously, but it's worth revisiting.

Thomas R. Hampson, an Illinois licensed private investigator and founder of the Truth Alliance Foundation, is determined to fight the plague of child sexual abuse by investigating and exposing pedophile networks.

From 1983 to 2004, he served as president of Search International, Inc., a company he established as an international investigation and security agency. And from March 2006 to September 2007, he was hired as a contract employee by the Illinois Department of Children and Family Services (DCFS) to investigate the sexual exploitation of children by priests.

The third network is the Holitna group. This is the recent case involving about 200 pedophiles who were exchanging photos of children under five being molested (some of the offenders were involved in molesting the children and producing the porn). There are a couple of things I am particularly interested in. One, how did these people get access to the kids? Two, is there any observable characteristic or behavior that distinguishes these men from other pedophiles? Answers to these questions will quickly give us insight that we can pass on to parents and caretakers in order to help them keep this particular species of pervert away from their children.

There are 60 million adult survivors of child sexual abuse in the United States today. One in four women and one in six men were sexually abused before they turned 18. Most never tell, and the problem is getting worse. Our society has become wildly sexualized, and the more sexualized the environment, the more dangerous it is for our children.

We need to do something about this. We have to stop the abuse before it happens. The Truth Alliance Foundation, a Christian nonprofit organization, engages in four interrelated initiatives aimed at addressing this serious issue.

Until enough people understand the scope and depth of the problem, few resources will be devoted to combat it. Moreover, unless we can see the problem clearly, no effective solutions can be devised.

The Truth Alliance Foundation has started to address this lack of understanding in the Chicago area by delivering informational presentations and seminars to interested church groups. We will expand to other areas of the country as we grow in capacity. Our goal is for at least half of all church members to attend such a presentation.

Even though church attendance is not what it once was, 60 percent of Americans still attend church [in various denominations] on a fairly regular basis. When enough people in the church become informed, they can carry the message to the rest of their community through the PTA, Boy Scouts, Girl Scouts, the Park District programs, and so on. Additionally the informed can begin to recognize the predators and take the steps necessary keep them away from our children. They can begin to identify the signs of abuse and take action to stop it.

Anyone who works with children and teens must be screened. Criminal checks are not enough as most child sexual predators have not yet been caught. Taking this into account, the Truth Alliance Foundation will help churches develop a comprehensive program that includes criminal background checks, but also includes several other investigative measures in combination with policies that govern the interactions between the church staff/volunteers and the children or teens. We also audit existing programs to insure their effectiveness.

No prevention program can be 100 percent successful. Incidents will happen. When they do, the Truth Alliance Foundation can offer church leaders services to enhance their crisis response capability. Of course, any criminal incident needs to be reported to the police immediately. The police will conduct the criminal investigation. Nevertheless, church leaders, in order to prevent future incidents and in order to protect themselves legally, need to conduct an internal investigation. We help conduct these internal investigations on behalf of the church leadership. Our skilled investigators work together with experienced trial attorneys to gather all of the necessary information to make informed decisions. 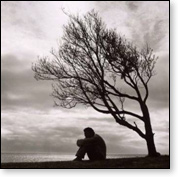 Statistics may tell the broad story about child sexual abuse, but in depth case studies provide the only way to see the face of both the victims and the predators. Both victims and predators engage in a variety of patterns of behavior that are recognizable if you know what to look for. We conduct selected case studies, then report on our findings, in order to make these patterns more visible to expert researchers and to the general public.

We also know that predators often operate in cooperation with one another in predicable ways. There are a wide variety of such networks based on the sex, age and interests of their preferred victims, as well as many other factors that come into play. These networks need to be investigated much more thoroughly. One of our goals is to identify and catalogue these types of networks based on their distinguishing characteristics.

Our goal is to stop the abuse.

1) Tell others the facts.

2) Save the greatest number of children in the shortest period of time.

3) Focus on the cause: start saving children at the beginning — before a child becomes a victim.

We are sold on this approach. It will work if enough people become involved. Please join with us and support our effort.