Matt C. Abbott
Ireland and abortion; A pro-life minority in the US?; Ann Coulter OK with killing babies conceived by rape

November 16, 2012
The "culture of death" advocates are out in full force in Ireland. They have been for quite some time, it seems. They want baby-killing-on-demand in Ireland and worldwide, and they will even exploit the tragic death of a pregnant woman in an attempt to advance their satanic agenda.

From a Time magazine story (click here to read the entire article):


The death of an Indian woman [Savita Halappanavar] who was allegedly refused an abortion even though her life appeared to her and her husband to be in danger has prompted Irish abortion rights activists to protest in several cities around the predominantly Catholic country. The public announcement on Nov. 14 of the woman's death, which occurred last month in a hospital in the city of Galway, coincides with the release of a report commissioned by the Irish government into whether Ireland's strict abortion laws should be liberalized....


Father Shenan J. Boquet, president of Human Life International, has issued the following statement on the controversy (with which I agree completely):


The staff and pro-life missionaries of Human Life International join those mourning the death of Savita. We pray that God have mercy on her soul and that He will bring peace and healing to her family and friends who have lost a loved one. 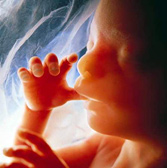 But we categorically reject the pro-abortion activist and media effort to use her death for their own cause when very few facts are known about the decisions regarding her treatment. We join Irish Health Minister James Reilly in appealing for people to await the outcome of investigations by the coroner, the Hospital and Health Service Executive. And it needs to be pointed out that according to Mr. Reilly, there is no evidence that a Catholic ethos prevented responsible treatment of Savita despite some news reports demonizing the Catholic Church's position on abortion as the sole reason for Savita's tragic death.

The Church's position in these difficult cases is always to save both patients — both mother and child. The description of the hospital's response to Savita's condition sounds, at best, incomplete, and at worst, a complete misrepresentation of the response of a hospital that has an exemplary record for maternal health.

We must also ask why it is not time for a national conversation about abortion when a woman dies from having an abortion. In the U.S., it is well known that a young woman named Tonya Reaves died this past July from a botched abortion at a Chicago Planned Parenthood, yet somehow her death did not merit international attention and condemnation despite reports of staggering negligence on the part of Planned Parenthood leading to her death. And yet we are led to believe with this deluge of press surrounding the death of Savita, and with obviously incomplete information, that a Catholic hospital maliciously caused the death of a young mother by not treating her.

This is activism masquerading as compassion and moral outrage. Let us find out what the hospital actually offered for treatment, how things actually proceeded, then let's make our judgment as to the cause of this tragic death. But if we are actually concerned about women's health, we must be just as outraged by those many women harmed or killed every week through legal and illegal abortion around the world. Until then, with the Catholic Church, we insist that medical professionals do everything they can to save both mother and child in these difficult situations. Abortion always takes one life and harms another. It saves no one, and it divides communities and nations, as we see again in this tragic episode.


Regarding the "life of the mother" exception, it should be noted that 481 doctors have signed the following statement:


I agree that there is never a situation in the law or in the ethical practice of medicine where a preborn child's life need be intentionally destroyed by procured abortion for the purpose of saving the life of the mother. A physician must do everything possible to save the lives of both of his patients, mother and child. He must never intend the death of either.


The post (click here to read it) goes on to analyze a few other recent polls on the same topic.

I wonder how many of these "pro-choice" voters would still claim to be so if they were told that by asserting they're "pro-choice," they're actually supporting abortion-on-demand, which is defined as abortion right up to the time of birth for any reason whatsoever?

Some probably would, but I suspect others would backtrack a bit. Heck, I doubt every "pro-choice" voter realizes abortion-on-demand is the law of the land. That said, it's unfortunately true that those of us who are unconditionally pro-life — pro-life without exception — are indeed in the minority.

Only a pollyannaish fool would say otherwise.


After all the hard work intelligent pro-lifers have done in changing the public's mind about a subject the public would rather not think about at all, these purist grandstanders came along and announced insane positions with no practical purpose whatsoever, other than showing off.

While pro-lifers in the trenches have been pushing the abortion positions where 90 percent of the country agrees with us — such as bans on partial birth abortion, and parental and spousal notification laws — Akin and Mourdock decided to leap straight to the other end of the spectrum and argue for abortion positions that less than 1 percent of the nation agrees with. In order to be pro-life badasses, they gave up two easy-win Republican Senate seats.

No law is ever going to require a woman to bear the child of her rapist. Yes, it's every bit as much a life as an unborn child that is not the product of rape. But sentient human beings are capable of drawing gradations along a line.

The overwhelming majority of people — including me — are going to say the law shouldn't force someone who has been raped to carry the child. On the other hand, abortion should be illegal in most other cases....


"Just because I need iron to live doesn't mean I have to accept 100,000 milligrams, which will kill me. If we give the guy who passed bad checks a prison furlough, that doesn't mean we have to give one to Willie Horton. I like a tablespoon of sugar in my coffee, but not a pound."

I agree with Coulter some of the time, but definitely not this time. Yes, Akin and Mourdock made gaffes that the Dems and the media gleefully ran with. But at least Akin and Mourdock were consistent and correct in their pro-life position. Mitt Romney, on the other hand, was not. He was as "moderate" as can be, yet he still lost.

The problem is, given the present culture, I don't see a candidate who's unconditionally pro-life and pro-family — as he or she should be — having a decent chance of winning the presidency. He or she would be demonized by the libertine left, which includes much of the mainstream media. And yet I cannot fully support a candidate who allows for exceptions when it comes to abortion.

If that makes me one of the "purist grandstanders" and "pro-life badasses," so be it.

One thing is certain: There is a lot for which to pray.