August 18, 2014
On August 15, 2010 – the Solemnity of the Assumption of the Blessed Virgin Mary – Claudia Avignone died of brain cancer. In 2011, I published a heartfelt reflection, written by members of her family, on her final days (excerpted below):


The real test of suffering began on December 18 (Mario's birthday) with the removal of some thought-to-be benign tumors from Claudia's brain. From that day on, her life would never be the same. The tumor(s) ended up being malignant. Struggling to walk and talk, Claudia began an uphill battle to regain her physical strength. It took weeks just to be able to get up from a chair on her own. In addition to coming to terms with the diagnosis of the cancer, her spiritual strength weakened dramatically.

Even though she read the Bible non-stop the day of her surgery, she was in a spiritual desert after her surgery. She did not understand why she was given so much suffering to endure. She even told us that we would have to do the praying for her, because she just did not have the will and strength to do so herself. We certainly did pray... and we also called on the rest of our faith community to pray as well. We even began a perpetual fast that lasted until Easter. Nearly 100 people fasted at least one day for Claudia, with many fasting several days throughout the four months! Furthermore, we can't even count the number of novenas, mass intentions, and rosaries that were prayed for her, many by complete strangers to Claudia.

All the calls on heaven paid off in a very special way on February 5. That night, while asleep, Claudia received a special visit from Our Blessed Mother Mary. After one-and-a-half months of suffering the effects of her surgery and radiation, Claudia received a gift from God that most of us never get in our lifetime. Mary, cloaked with a lavender colored (purple) mantle, appeared to Claudia during the night. Claudia described the deep peace that accompanied Mary as something she had never felt before. Plus, Claudia could describe in vivid detail the fabric Mary was wearing, which was very similar to chiffon. Not only that, but Claudia said there was an unmistakable lavender fragrance. That would be enough for most people, but Our Blessed Mother even spoke to Claudia. She said, 'Everything is going to be OK.' Amazing....

Over the next several months, Claudia suffered through the cancer and the treatments to fight it (doctors were not able to identify the primary location of the cancer). Claudia, as well as the rest of us, wondered what Mary meant when she said 'Everything is going to be OK.' We kept praying for a physical healing and thought that Mary's words foreshadowed a successful fight against the cancer. Little did we know that the words meant something much different....

Saturday was a memorable day. It started off with hope, because Claudia was eating and drinking a bit. Out-of-town family and close friends came to see, visit, and pray with us. At one point in the early afternoon, Claudia looked straight up toward the ceiling. She became fixated on something that could not be seen by the rest of those present. For approximately three-to-five minutes Claudia stopped responding to us all together. We believe she saw some sort of vision. Once the vision was over, Claudia came back to her previous condition, but was not willing to eat or drink anymore....

There are several untold spiritual stories during Claudia's eight months of physical suffering and last few days in the hospital; in addition, many questions we will never know the answers to in regards to God's mercy for Claudia in her last hours on Earth. What we do know is that your prayers and sacrifices paid off in a special way on August 15. None of us could imagine or plan for what happened that August night. It was miraculous and better than any physical healing God could have for Claudia. We believe her healing was much more glorious. Just weeks ago, a couple close friends claimed that Claudia communicated through them in their dream, just three days apart. One claimed that Claudia said, 'Why are [they] crying; I am with Jesus now.'


Fast forward to the present day.

Claudia's son David and his wife Joanna, who were married in 2013, welcomed baby Claudia Marta Avignone into the world on August 7, 2014 – which happens to be the feast of St. Claudia.

"If a girl, we were going to name her after my mom, so it was not just a coincidence this happened," David wrote. "We believe it's providential. We didn't even know it was the feast day of St. Claudia until a friend told us that morning, so you can't blame Joanna for picking the day of birth. God is good!"

Congratulations to the Avignone family! 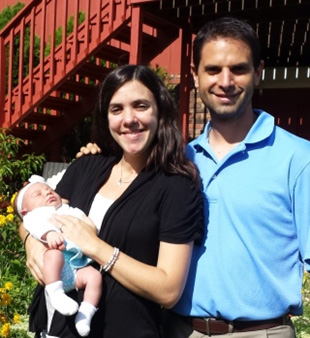 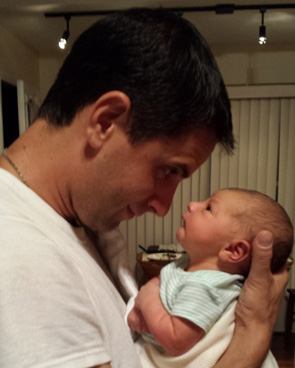 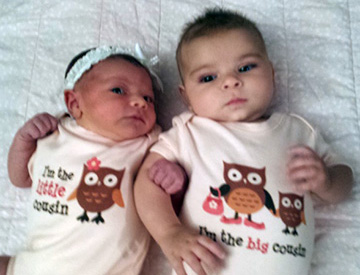