Many of you have heard that David Daleiden and Sandra Merritt of the Center for Medical Progress were charged by the State of California ... with 15 felony counts. It has been almost two years since their exposition of Planned Parenthood's trafficking in the body parts of babies made headlines, and similar bogus charges against the pair have already been dismissed elsewhere. 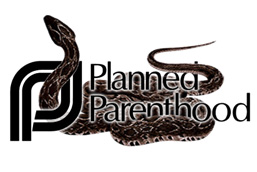 They are charged with recording 'private' conversations that happened in public places, though the real goal is to punish and intimidate anyone who creates problems for the abortion industry. In this case, the state Attorney General who brought the charges has himself received campaign donations from Planned Parenthood, yet feels no need to recuse himself from the case.

We expect that the charges ultimately will not stand, both because they are baseless and because the same journalistic technique has actually been held up in California courts as legitimate. Indeed, even in California, the surreptitious recording of conversations in public areas led to prosecutions against some for animal abuse.

To the party that runs the State of California, apparently pigs are more important than preborn human beings. We pray, however, for the peace and protection of David and Sandra, and we pray that this tactical overreach of the demonic profiteers of abortion and their political allies will backfire by bringing the story back into the news.


The abortion lobby plays hardball, as Daleiden, Merritt, Troy Newman, Joe Scheidler, Monica Migliorino Miller and other veteran pro-life activists know all too well. Not to mention that pro-life pregnancy resource centers are being targeted by pro-abortion legislators in certain states.

Whether the charges in California will stick remains to be seen. A statement posted at CMP's website asserts:


The bogus charges from Planned Parenthood's political cronies are fake news. They tried the same collusion with corrupt officials in Houston, TX and failed: both the charges and the DA were thrown out.


When it comes to felony charges against our client, David Daleiden, history is on our side. When David Daleiden and Sandra Merritt were falsely charged in Texas, after they mounted a vigorous defense, the charges were abruptly dropped. We expect that the same will prove true in California.

The world knows that Planned Parenthood's business partners, DaVinci Biosciences and DV Biologics, have been sued by Orange County, California. The lawsuit alleges that they illegally profited from the sale of human baby body parts from abortions. This confirms the truth of what has been depicted in Daleiden's videos.

David Daleiden and his co-defendant, Sandra Merritt, will be vindicated. They will assert robust defenses to these charges. Their efforts led to numerous criminal referrals by both Senate and House investigative committees. Their efforts were in furtherance of First Amendment values and are clothed with the same Constitutional protection that all investigative journalists deserve and must enjoy. Undercover journalism has been a vital tool in our politics and self-governance.

In short, he's paying a heavy price for his activism. The anti-life forces are out to crush him and anyone who's effective in exposing the wickedness of the abortion industry.

(A version of this column originally appeared at American Thinker.)