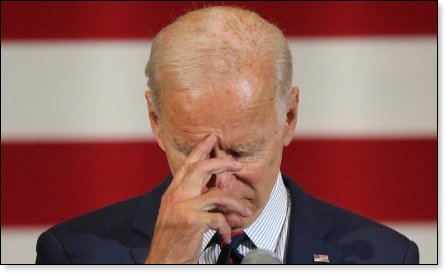 Never was a clearer definition lent to the question of what democracy is than that given by Tucker Carlson on Thursday, October 3, 2022.

Tucker said the great red wave, the change the people want, the very act of voting, is not a threat to democracy—the change is democracy. That’s how it works, that’s what it is!

The mumbling, the madness, and the continued hype about the great Red Mega MAGA Monster is dark, divisive, and discouraging rhetoric at best.

Democrats are insulting the Republicans by treating them all like rebellious 3-year-old toddlers who are having a hissy fit over inflation, crime, illegal immigration, and all the remaining train wreck policies of the Biden administration.

Democracy is losing nothing, but Democrats may lose everything— and here is why

Over the last several weeks, we have heard pundits and media commentators outline the failures of the democrats. The list is always the same.

The decline in morality and the surge toward all things perverted and that endanger children is not on most lists of great concerns. It should be.

It may seem like a mere subset to America’s problems , but nothing could be further from the truth. Read the warning once again.

“But whoso shall offend one of these little ones which believe in me, it were better for him that a millstone were hanged about his neck, and that he were drowned in the depth of the sea” (Mt 18:6).

Children have become the fodder, fuse, and blast of every perverted person involved in the woke agenda.

The sexualization and the trans-gendering of children has become profitable in clinics and hospitals around the country. The left sees nothing wrong with this, and there are far too many examples to list in one article.

One single example is the discovery that in Pennsylvania alone $17 million of taxpayer’s money has been used to dis-figure kids and provide injections and drugs like puberty blockers.

WND says, “The findings from the Pennsylvania Family Institute were outlined in a report in the Daily Wire.

"The organization filed a right-to-know case with the Pennsylvania Department of Human Services and discovered that since 2015, more than $16.7 million tax dollars have been handed over for puberty-blocking drugs, cross-sex hormones and those surgeries that disfigure healthy body parts and leave the victims likely sterile for life.”

While people are debating if a stroke victim would make a better U.S. Senator than a certified medical doctor, the kids are being funneled down the trans tube to a life of absurdity, heartache filled with contradictions, health problems, and suicide.

Voting for candidates who support these kinds of child endangerments makes us complicit in child abuse. It is to those people to whom the clear scriptural warning applies.

It is safe to say that to God inflation, crime, and the border are all symptoms of our penchant to perversity. Correcting this penchant will correct the rest.

Prophecy and the 2022 Mid-Term Elections