December 24, 2013
Wesley Smith wrote about Jahi McMath, a patient in Oakland Children's hospital: "In Jahi's case, brain dead actually means a declaration of "death by neurological criteria," one of the two legal methods for declaring the bona fide death of a human being." 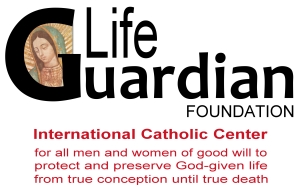 Then Wesley writes, "Rather, it means that medical tests, observation of the patient post injury, and history of the case demonstrate that the patient's brain and each of its constituent parts have irreversibly ceased to function as a brain." How can you come to this conclusion, but then mislead your readers into thinking and believing that is what "irreversible cessation of all functions of the entire brain" means, or "does not mean"?

But then, Wesley, you provided a reference as to how, or at least partly how, you came to your conclusion when you state, "As one doctor told me, it is as if the patient was functionally decapitated." Perhaps that one doctor, and now you, Wesley Smith, have a misconception about decapitation, even you when you write "functionally decapitated." Decapitation is what the guillotine does, or what happens when a low-lying convertible car with the head of the driver protruding straight up as the car goes under a large truck. Decapitation is cutting off the head which results in destruction of the respiratory and circulatory systems and the entire brain, including the brain stem. Under these circumstances would Wesley Smith state, this "does not mean no brain cells remaining alive"?

Wesley continues, "Death by neurological criteria is controversial." Is it controversial because there were 30 disparate sets of criteria published between 1968 and 1978 and as recent as 2008 it was reported that a survey of the leading neurologists in USA indicated that there is no consensus as to which set of criteria should be used? Yes, dead by one, but alive by the other 30 plus different sets of criteria. Further, in 2010 it was reported that neurologic criteria are not "evidence-based," which means: not based on scientific studies.

Then you put the responsibility for the controversy on "Some pro lifers see it as an excuse to harvest organs from living patients, and oppose its use as a clinical method of determining death." The need for "brain death" is, and has been, from the onset to remove "controversy" about cutting out the beating heart and other vital organs from patients with a beating heart, circulation and respiration. Clearly, a patient with a beating heart, circulation and respiration from whom organs are taken for transplantation, is not a cadaver.

"Under the law, brain dead is 'dead' when it connotes death by neurological criteria. In such circumstances, if accurately determined, there is no legal right to continue life support of what is, essentially, a cadaver." Yes, Wesley, a cadaver with a beating heart, circulation, and respiration who moves when stimulated. But to avoid those in the operating room seeing responses, a paralyzing drug is given. When these paralyzed "brain dead" patients are cut into to take their organs, the heart rate and blood pressure increase, similar to what the anesthesiologist observes during surgery when the anesthetic gets too light. Yes, that means response to pain!

Wesley continues, "A huge problem in this field is that there are no uniform criteria for declaring death by neurological criteria, with testing requirements varying from state to state, and in some instances, hospital to hospital. That needs to change." So here comes Wesley on his white horse; he's going to straighten all this out. He now agrees that there are "no uniform criteria" for a declaration of "brain death." Is he admitting he has agreed to something that has "no uniform criteria"? Then, he provides the answer, "This needs to change."

Wesley is correct, change is needed, but it must be changed to protect and preserve life until true death. Inform the public that when you answer "yes" at the BMV to be an organ donor, you have agreed to have your heart and other vital organs cut out of you before you are truly dead, but only after you have been paralyzed so you cannot move or respond in any way. Now, the transplanters want your face, or half your face. Imagine saying yes to agreeing to having half the face of your beautiful wife cut off while she has a beating heart, circulation and repiration. Who could agree to such a thing? And for Jahi, they just want to kill her, yes change the living Jahi into a cadaver.

Maybe it is only a few "pro-lfers" who are willing to protect the life of Jahi. Even a few count, but I know there are many more, if they knew the truth. A slave is someone who is kept from the truth.