September 2, 2009
"Tailgunner" Joe McCarthy, a 1950s U.S. Senator who lent his name to any effort to expose America's enemies, was right. At the height of his fame, he said the U.S. government was shot through with communists, many of whom were participating in a vast espionage effort orchestrated by the Soviets. 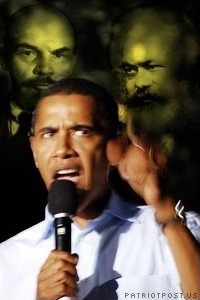 Though McCarthy was singularly unsuccessful in uncovering communists within the government during Eisenhower's first term, the "Army-McCarthy" hearings, April 22 to June 17, 1954, were televised for all to see and he became one of the best known anti-communists of his day. Were there Communists and spies for the Soviet Union? Yes, but we would not learn more until a young Senator from California, Richard M. Nixon identified Alger Hiss, a high-ranking State Department official as one.

After the collapse of the Soviet Union in the 1990s, the records that became available to historians and other scholars confirmed McCarthy's worst fears.

During the 1930s and 1940s, communism appealed to many Americans. Some had soured on capitalism because of the Great Depression. Others saw communism at work in the Soviet Union and, believing the propaganda, concluded it was a viable alternative to capitalism. It would take a speech by Soviet Prime Minister Nikita Krushchev to draw back the curtain and reveal the horrors of living under Stalin.

Then, as now, communists found a home in the American labor movement and among the liberal elites of the Democrat Party who saw in the New Deal the way to transform America into a socialist nation, as well as among America's intellectuals on its college campuses. Not much has changed.

One of the founders of the "Weathermen" group that conducted a number of bombings in the 1960s is now a "distinguished professor" at the University of Illinois  Chicago. Bill Ayers is also a longtime, close friend of Barack Obama.

Sen. McCarthy was quite possibly the worst person of his era to lead the investigation of communist infiltration and Soviet espionage. He was bombast and a boozer. In August 1954, a Senate committee released a report censoring him for having abused his power as a committee chairman. He would remain in the Senate, but his days of glory were over. His drinking increased and in May 1957 he died from acute hepatitis.

The sad irony of McCarthy's story is that the government was, indeed, filled with communist sympathizers, known as "fellow travelers," and with Soviet-run spies. The story can be found in "The Venona Secrets: Exposing Soviet Espionage and America's Traitors" by Herbert Romerstein and Eric Breindel. "Venona" was the U.S. code word given to secret Soviet spy communications.

Venona revealed the full extent of the spying that was occurring. Venona documented that Harry Hopkins, a close friend and advisor to Franklin D. Roosevelt was also a spy. Both the FDR and Truman administrations were chockablock with communists. The Venona program of interception and analysis ran from February 1943 to 1980.

In the post-war years, the U.S. created the Central Intelligence Agency and the National Security Agency to discover and monitor not just the Soviets, but many other enemies of the nation.

A significant example is the way the Soviets were able to build their own atomic bomb long before their own scientists ever could thanks to their espionage program. There were many others who were known in spy craft as "agents of influence." One of them was I.F. Stone who wrote a widely read newsletter that provided cover for the actual spies and their activities. Stone continues to be hailed in journalism circles as an outstanding investigative reporter.

Among the Soviet spies were the Rosenbergs who were found guilty of passing atomic bomb secrets to the Soviets. The most famous spy of that era was Alger Hiss who at one point served as the director of the Office of Special Political Affairs in the State Department. He would go on to serve as the secretary general of the founding conference of the United Nations and later become president of the Carnegie Endowment for International Peace.

The current attacks on the CIA, include a statement by the Speaker of the House, Nancy Pelosi, who said "They lie to us all the time." The Obama Justice Department has re-opened an investigation into interrogation techniques of the CIA as a further effort to discredit the Agency. If you don't believe this is at the direction of President Obama, you're being naïve.

In "The Venona Secrets," the authors note that a classic Stalinist tactic was "demonizing an opponent and then using his vilified name in a broad-brush smear against anyone who challenged Communist views or activities." This is why the term "McCarthyism" has entered our political vocabulary. This is also what is occurring right now as former Vice President Dick Cheney and former Governor Sarah Palin, get the treatment.

How can you spot a communist sympathizer in the U.S. Congress? You can visit the website of the "Progressive Caucus" where, as of February 2009, more than 80 members of the House, including two from the Senate, self-identify themselves as progressives. "Progressive" was the term communists used after the McCarthy era. It is still in use today.

Some of the progressive caucus members are Ed Markey and Henry Waxman, co-authors of the "Cap-and-Trade bill that would impose a huge tax on all energy use in America. You will find Charles Rangel, currently under ethics investigation for having hidden hundreds of thousands of dollars from authorities. Barney Frank, the "brains" behind Fannie Mae and Freddie Mac's purchase of millions in worthless mortgage loans, is a member. He is the godfather of a meltdown on Wall Street that remains a threat to our capitalist economy.

A significant number of the caucus are Afro-Americans. They include Jesse Jackson, Jr., John Conyers, Barbara Lee, Maxine Waters, Donald Payne, and Bobby Rush to name just a few.

With the collapse of the former Soviet Union, many former communists became "environmentalists," often playing major roles in the many organizations serving that cause.

Among President Obama's ever-expanding circle of "czars" is Carol Browner, the former Clinton-era director of the Environmental Protection Agency (1993-2000) whose latest appointment also revealed that she served on the Commission for a Sustainable World Society, which is part of Socialist International. Her association with the group has since been scrubbed from their website.

Most obvious and notorious is Van Jones who has never made a secret of his political preference for communism and who is Obama's new "Green Jobs" czar. The links between the environmental movement and communist goals are numerous, nor should it surprise anyone that the "global warming" hoax was birthed in the bowels of the United Nations.

Today, thanks to the way history is taught in America's government schools, the threat to freedom that communism posed then and still does pose, is barely a subject for discussion. When he was still an adolescent in Hawaii, President Obama came under the influence of Frank Marshall Davis, a widely known communist in the 1950s.

Obama is completely at home with communists, but is ironically being attacked by the nation's far Left for not fulfilling their dream of the complete transformation of the nation from capitalism to socialism fast enough.

The destruction of the nation's economy is necessary to complete the transformation and it is only the outrage and protests of Americans that will save us from a fate that has been and remains the goal of the nation's communist enemies.