March 21, 2012
The President of the United States of America, Barack Hussein Obama, has generated so much fear that the most common theme of posted comments and private communications is that he will refuse to relinquish power if defeated in November or that, under some pretext, he will declare a state of martial law. 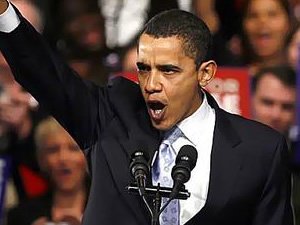 Many, myself included, did not like the Patriot Act that was enacted following 9/11 but there is little evidence that this law has been abused to deprive Americans of their fundamental rights and freedom, though surely some suspected of being terrorists were detained.

An Executive Order posted on the White House website on Friday, March 16, 2012, has generated a wave of fear. It is officially about "National Defense Resources Preparedness" and its stated policy addresses "national defense resource policies and programs under the Defense Production Act of 1950."

In 1950 the nation was entering a new phase of history following World War II. It would be called the Cold War led by the then-Soviet Union, but 1950 is also important because on October 1, 1949, Mao Zedung had proclaimed the birth of the People's Republic of China, instituting a Communist regime that continues to this day. With German and Japanese totalitarian threats vanquished, new ones were emerging.

The new EO evokes fear because it is occurring in peacetime and, more specifically, when the United States remains the strongest military power on Earth. There is no indication that an attack by any other nation is anticipated, so the implementation of the EO raises concerns that its purpose is not what it says.

In effect, the EO allows the federal government, directed by the President, to commandeer and control all aspects of the economy and the lives of all Americans. It centralizes control to an astonishing and frightening degree.

As just one example, it parcels out control to " the Secretary of Agriculture with respect to food resources, food resource facilities, livestock resources, veterinary resources, plant health resources, and the domestic distribution of farm equipment and commercial fertilizer" and thereafter to:

The Secretary of Energy with respect to all forms of energy;

The Secretary of Health and Human Services with respect to health resources;

The Secretary of Defense with respect to water resources; and

The Secretary of Commerce with respect to all other materials, services, and facilities, including construction materials.

The obvious question is why is this EO necessary in the absence of any threat of an invasion or even an attack?

The obvious question is why should the President of the United States, in the run-up to a national election, feel that this is the time to issue such an EO?

I have frankly been dismissive of widely expressed fears that Obama would or could carry off a coup d'etat to establish himself as an American dictator. The problem, however, is that Obama has surrounded himself with Cabinet Secretaries and a shadow government of "czars" that would likely support him if he were to attempt such an audacious move.

The "legality" of such a move would be rubber-stamped by the Attorney General whose regard for the Constitution and laws of the nation is dubious at best, elastic at worst. The President's views about the Constitution are well known and he resents the limits it puts on his powers.

Would Congress stand by and allow its powers be usurped? Imagine yourself a Senator or Representative fearful of arrest and detention. Rounding up all 435 members would not be a difficult task.

The nation's media, with exceptions, has "covered" for this President regarding the legitimacy of his right to hold office, his absurd energy policies, and his takeover of various segments of the nation's economic base; the auto industry, the insurance industry, and Obamacare's attempt to takeover the healthcare sector.

That is why this EO has evoked such fear and concern and that is why Congress has to assert its Constitutional powers before this President is permitted to overthrow the legislative branch of government and seize control through an EO that is so broad that it is a breathtaking seizure of power that could only be considered if the nation was, in fact, under attack.

This EO is about "preparedness," but for whom?