June 25, 2012
It's a cliché that nations and men repeat the same errors, stumbling into various crisises. The locations may change, but the patterns of history remain.

The world is teetering on a new Great Depression. Democracies are at risk. In the 1930s there were an estimated two billion people worldwide. Today there are seven billion people in the world; the pressures to feed them and meet their other needs have increased exponentially. It strains relations between nations and within them. 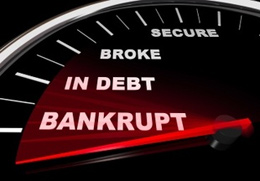 In the U.S. the Great Depression began in 1929 and lasted until the Japanese attack on Pearl Harbor in 1941 that brought the U.S. into the conflict. World War Two had begun in Europe when Nazi Germany invaded Poland in 1939 and then invaded France in 1941. In Asia the Empire of Japan invaded Manchuria in 1931, expanding further into China in 1937.

Over eighty years ago the time was ripe for aggression by those with the will to pursue it. At the time it was lacking in the U.S. that had a long tradition of avoiding "foreign entanglements." The military was hardly prepared. By contrast the U.S. has acted since the end of World War Two as the global policeman protecting the sea lanes and its allies.

What America had, however, was an industrial base that was up to the task of becoming "an arsenal for democracy." Today our manufacturing base has been hollowed out with much of it outsourced to other nations or harmed by unions, excessive regulation, and trade policies that left them at a disadvantage.

China, by contrast, is largely self-sufficient and has built its energy production sector while our manufacturing base, along with the ability to provide the energy it requires, is being destroyed by Environmental Protection Agency regulations and Interior Department restrictions on new mining and drilling.

I cite this because, in my view if not the official one of economists, the U.S. is in a Depression. Across the Atlantic, Europe is facing the collapse of its political and financial union. 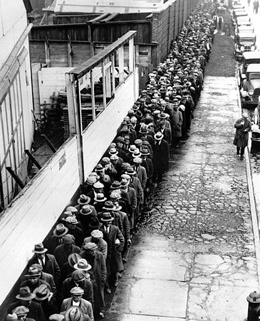 There are huge numbers of unemployed in the U.S. even if there are no soup lines as existed in the 1930s. Much of the middle class has seen some forty percent of its wealth disappear, mostly in the depreciation of the value of their homes. Many are on some form of government dole whether it is food stamps or unemployment compensation The U.S. debt is historic — $15 trillion and climbing — and could prove catastrophic.

The present times mirror earlier ones in which empires trembled and fell. Neither Russia nor China would be unhappy to see the greatest capitalist democracy in the world fall into ruin.

Syria's internal conflict bears an eerie resemblance to the Spanish Civil War from 1936 to 1939 when that nation fell under fascist control, preceding World War Two. In Syria, the United States, Europe, and their Arab allies are aligned against the dictatorship of Bashar Assad while, on the other side there is Russia, China, Iran and Hezbollah, an Iranian proxy that controls Lebanon.

Just as the League of Nations proved incapable of ensuring peace in the run-up to World War Two, so too the United Nations has no such capability today. It is utterly corrupt and has its own agenda to impose itself on the world as a global government.

America has been weakened since the financial crisis of 2008, almost entirely the result of federal government housing programs, the pressure on banks to make bad mortgage loans, and the resulting "bundling" and sale of "toxic assets" that undermined our largest financial institutions.

For the first time in our history, our credit rating has been downgraded. Several large banks have suffered a similar ranking. The Obama administration has exacerbated the banks' ability to recover by imposing excessive and likely unconstitutional regulation.

National security is at risk as well. These days the U.S. Air Force is flying a fleet of geriatric planes, some of which were manufactured in the 1950s. Our Navy has the fewest number of ships since the end of World War Two. Our Army and Marines are worn out from a decade of non-stop fighting. The President has been determined to reduce our nuclear arsenal.

America entered a new era with a sneak attack on 9/11, the result of the frenzy of Islamists who may well sense that they must either conquer the West or see Islam wither away as a failed system. As various Middle Eastern nations overthrew their dictators, the more moderate, secular factions within them are at risk of being ruled by the most ruthless mullahs who fear the loss of their power over the people.

Financial crisis. Military conflicts. Enemies of democracy. It has the look and feel of the 1930s and 1940s.

America needs to make some essential and rapid changes — making the federal government smaller, revitalizing our military, protecting our borders against massive illegal immigration, reforming "entitlement" programs, eliminating wasteful spending — or we could be living in the last years of its influence and power.