Alan Caruba
The other judicial decision

June 27, 2012
As this is being written, it is the Wednesday prior to the announcement of the U.S. Supreme Court regarding the fate of Obamacare. If SCOTUS upholds it, it will condemn Americans to having bureaucrats deny medical care to some because of their age and others to die while waiting for it.

By any standard it is a horrendously bad law and one that initiated a huge political movement, the Tea Party, to oppose it. Mitt Romney is campaigning on the promise to repeal it. It was a law passed in the dark of night and it embodies all the worst aspects of Socialism. 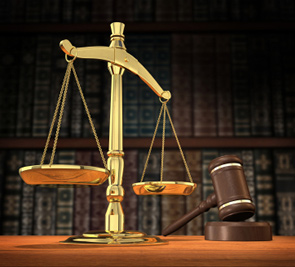 There has been another judicial opinion, however, that promises to destroy many aspects of the nation's economy, from the coal industry to the coal-fired plants that provide about 42% of the nation's electrical power. It used to be 50%. An successful economy requires and thrives on energy. We are decreasing ours. China is building a new coal-fired plant every month.

On Tuesday, the U.S. Court of Appeals for the District of Columbia threw out a pro-industry petition that challenged the Environmental Protection Agency's assertion that carbon dioxide (CO2) is a "pollutant" that endangers public health and is a factor in global warming.

It was an 81-page decision, based in part on a 2007 SCOTUS decision that ruled 5-4 that the 1970 Clean Air Act empowered the EPA to regulate C02, even though that was never the original intent of the Act.

It is a ruling that will permit the EPA to continue to wreak havoc on business and industry, large and small, based entirely on the greatest science hoax in history.

CO2 represents an infinitesimal 0.033% of the atmosphere.

To suggest, as the EPA does, that CO2 poses a public health hazard is to ignore the fact that humans exhale about six pounds of it every day and that it is vital to all vegetation on Earth in the same fashion as oxygen is to all animal life. Does this sound like a hazard to you? Are humans dying because of 0.033% of CO2?

The decision opens the floodgates of EPA regulation to require all manner of technology to abate emissions from thousands of sources of CO2 whether they are a huge factory or a local bakery. Unless Congress asserts its right to properly interpret the Clean Air Act, the decision will further undermine job growth and economy recovery.

The decision is likely to become part of the political campaign leading to the elections. Mitt Romney has declared his opposition to it.

It is worth considering that, among the members of the Supreme Court, Justice Scalia just turned 78, Justice Kennedy will turn 76 later this year, Justice Breyer will be 76 in August, and Justice Ginsburg just turned 81. The next President is likely to choose at least one and possibly more justices to the court.

Suffice to say that the Court of Appeals arrived at their decision by relying on all the lies that buttressed the global warming hoax and made no effort to consider the vast body of scientific literature that demonstrates that CO2 plays no role in climate change and is, as noted, vital to all life on Earth. It was a very stupid decision as was the 2007 SCOTUS decision.

It was, however, a decision that will cause an untold amount of harm to the nation's economy. Congress, already having failed to act in the years since 2007 to assert its role with regard to the Clean Air Act, must do so soon or the further destruction of the nation will follow as night the day.