August 16, 2012
Since the climate liars cannot make their case on the basis of the known science, taking it into a court of law with a passionate appeal to emotion in order to impose restrictions on carbon dioxide (CO2) emissions has long been a Green goal. 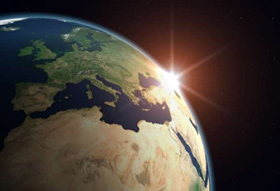 The claim that CO2 causes "climate change" which is the new spin on "global warming" is utterly false, but it may be argued if the Iowa Supreme Court takes the case.

When a similar case was argued before the U.S. Supreme Court, the esteemed justices ruled that CO2 was a "pollutant" under the Clean Air Act and not the second most vital atmospheric gas after oxygen, the "food" for all vegetation on Earth.

The Greens have understandably concluded they can get what they want, restrictions on all energy use, in the courts of justice if not in the court of public opinion. 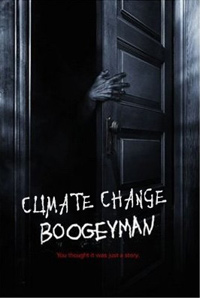 The defendant filing the case is a 14-year-old girl, Glori Dei Filippone. Exploiting minors is old hat to climate liars. They have filled our schools with global warming garbage for decades. The brief filed in her name is joined by the Iowa Department of Natural Resources who ia asking the State Supreme Court to rule on "whether the State of Iowa has an obligation to protect the atmosphere under the Iowa Constitution and the Public Trust Doctrine."

Federal laws have made it clear that the nation's air and water must be protected from manmade pollution, but how does a state go about protecting the entire, ever changing atmosphere above it? Can Iowa be sued for allowing the heat wave that roasted its populace and crops? If there is so much rain a flood ensues, is it the state's fault? Can the state stop dust from other states from blowing in?

In a news release from OurChildrensTrust.org, the green organization behind the request for a hearing, says the case is critical to determine "whether the people of Iowa have a right to a healthy atmosphere." This is so absurd that it defies belief.

The last time I checked the Constitution it spelled out a Bill of Rights and none of them make any reference to the atmosphere!

A spokesperson for OurChildrensTrust.org said the case needs to be argued because "the atmosphere is imperiled and must be protected by State officials." The Latin phrase to describe this argument is reductio ad absurdum.

The atmosphere is not "imperiled." It is what it is and the State of Iowa, the United States of America, or all the nations of Earth can do nothing about it. Just as the temperature of the Earth is determined in large measure by the Sun and its cycles, the Earth and its atmosphere has been through many ice ages of greater or lesser intensity and length, as well as warmer periods like the one in which we presently find ourselves. It even has a name — the Holocene.

To put it another way, Mother Nature's message to humans is frequently "Get out of the way. Here comes a flood, a blizzard, a hurricane, a tornado, or a forest fire ignited by lightning. For good measure I will throw in a volcanic eruption and an earthquake."

Climate changes all the time and has done so for the 4.5 billion years of the Earth's existence. Or just keep in mind something called "the seasons" from winter to spring, summer to autumn, and back to winter. This is not rocket science. This is funamental climate science and meteorology.

The Iowa Supreme Court should throw out the petition for this case for a very simple reason. As Hans Schreuder explains on www.ilovemycarbondioxide.com, "Carbon dioxide is not a warming gas at all, it is a cooling gas." Moreover, "In our open-to-space atmosphere, the excellent radiating properties of all so-called greenhouse gases serve to cool the atmosphere, never to warm it." Schreuder is a retired analytical chemist and a co-author of "Slaying the Sky Dragon," a collection of scientific papers that debunk global warming.

In the brief before the Iowa Supreme Court, Glori Dei Fillippone argues that "Iowa has a moral obligation to provide my generation, and future generations, with a liveable state. Climate change is the most important moral issue of our time and I hope our Court will also protect our rights."

Well, no, climate change is not, nor ever was a moral issue and it is most certainly not the most important issue of our time. Like Paul said, "When I was a child I spoke as a child. I understood as a child. I thought as a child, but when I became a man, I put aside childish things." (1 Corinthians, 13/11)

Using the courts to require states to impose coercive laws on people and businesses using bogus "science" and where no atmospheric "health threat" can be affected by any action of the State is immoral. Using a child to advance that objective is immoral.