Alan Caruba
What I heard at the debate

October 18, 2012
As civil as the debate may have seemed, it was a brawl. Central to it were all the lies President Obama continues to tell about his record in office and about his challenger, Mitt Romney. And Romney would not let him get away with it. Time and again he rose to his feet to rebut and debunk those lies and I suspect a lot of people who saw him in the first debate were in agreement with him in this second debate. 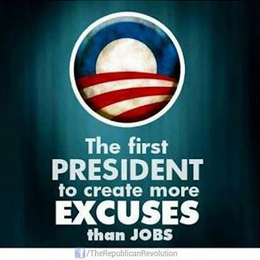 In a column on Tuesday, Wall Street Journal columnist Bret Stephens perfectly anticipated Obama's lies. Under the headline, "To the Wavering Voter" it repudiated the Obama campaigns assertions about a totally bogus "war on women" saying, "No, abortion rights and access to contraception will not be jeopardized if Mitt Romney becomes president. Not remotely, not vaguely, not even close."

He went through the claims that Romney would engage in another Middle East War or that the nation would become a global pariah with Romney as president. Moving on, Stephens said, "No, your taxes will not go up by a couple of grand"noting that "As for the $5 trillion tax cut the Obama campaign insists Mr. Romney is offering, Obama campaign spokeswoman Stephanie Cutter admitted on CNN that 'It won't be near $5 trillion,' once deductions and loopholes are closed."

I cite Stephen's prescient column because, if he could anticipate Obama's lies, than you can be sure Mitt Romney did and that was demonstrated throughout the debate. At the very end, Obama could not resist misrepresenting Romney's earlier "47%" comment during a closed fundraising event. Romney described that as an "inelegant statement" and then repudiated it, but Obama repeated it in his closing statement.

Throughout the debate Romney called Obama a liar in the most gentlemanly way possible, but a liar he was and is.

One lie that jumped out at the very beginning of the debate was Obama responding to a college student's question saying "Your future is bright," adding "I want to build on the five million jobs we've created." What jobs? Half of today's college graduates cannot even find a job comparable to their educational level, if at all. And the future is most demonstrably not bright.

Romney responded with the fact that there are 23 million Americans out of work. The truth! He cited the phony official unemployment rate and said it was a lot closer to 10.7%. Obama said, "What Gov. Romney said just isn't true." Obama lied. Romney cited figures that appear daily in newspapers.

Throughout the debate Obama demonstrated how obsessed he is with class warfare, returning time and again to observations about the nation's wealthiest class.

He lied about his energy policies and claimed that Romney's plan was "to let oil companies write energy policy." The absurdity of this was seen as Romney cited the cost of gas at the pump, Obama's veto of the Canadian pipeline, and the refusal of his administration to allow drilling for oil and natural gas on federal lands. He cited the fact that the coal industry was targeted and the loss of coal-fired plants to generate electricity.

And Obama's response was to lie again! "Very little of what Governor Romney said isn't true." But it was and it is. It's not even a secret.

Romney scored some good points promising that he would fix the tax code, promising "No tax on your savings, interest, dividends and capital gains." This is the money that investments generate and the nation is experiencing slow growth because such investments have been discouraged or rendered meaningless with the Federal Reserve's low-to-no interest rates. And Obama's only response was that "We have to make the wealthy do more."

This is how a man worth ten million dollars responded, but surely Obama knows that the wealthy in this nation, through their taxes, represent 60% of the revenue collected annually.

Romney showed himself in control throughout the debate and showed something that has been sorely missing for nearly four years; leadership!

And all Romney had to do is cite facts that most voters already know; that Obama "doubled" the deficits, that 23 million are out of work, that millions more are on food stamps, that millions have slipped into poverty while Obama and Michelle lived and vacationed like royalty on the taxpayer's dime.

On the issue of inequality in the workplace for women, Romney masterfully told how as Governor of Massachusetts he sought out women for his cabinet, then pointed out that "in the last four years 558,000 women lost jobs and many moved into poverty."

"It's not a strong economy," Romney said and anyone listening knew he was telling the truth.

And yet Obama actually claimed there had been "31 months of job growth." Then he criticized Romney for investing in companies in China. The fact is that Obama's chairman of his jobs council, GE's CEO Jeffrey Immelt closed GE divisions here in the U.S. and moved them to China!

In an understated, but quite symbolic moment, an African-American, Michael Jones, stood up and told Obama "I'm not optimistic about the future."

Obama's response was "Osama bin Laden is dead." "We saved the auto industry." And then he rattled on about "millionaires and billionaires."

Romney's response was "I think you know better," adding "The President has tried, but his policies haven't worked.

There were many other issues, but on the issue of the assassination of a U.S. ambassador in Libya, Obama first dodged the question and then claimed he had instructed that all embassies "beef up" their security when that was a lie. Then he had the audacity to claim Romney was trying to make "political points" from the attack, but Romney referenced the weeks that went by as the White House lied about a "spontaneous" attack. All Obama could cite was a speech in the White House Rose Garden that day after the killings.

Obama does not seem to understand that Americans do not want or need another speech.

In the end, Romney said "We don't have to settle for what we're going through."

One can only hope that a lot of Americans, particularly those yet undecided, agree with him.