Alan Caruba
Living in a forest

December 23, 2012
Driving around my hometown and surrounding communities in New Jersey, a familiar sight has been tree stumps, the wreckage left behind by Hurricane Sandy. Having lived here with few breaks my entire life, it never occurred to me how many trees there are. From a lookout point in the Essex County South Mountain Reservation area one sees in the distance the city of New York. 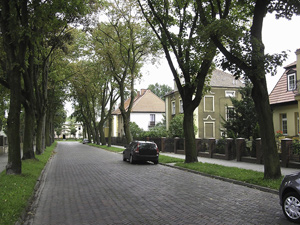 As far as the eye can see, it is entirely forested.

In an interesting new book, "Nature Wars," by Jim Sterba, a veteran journalist, takes the reader on a journey to America's long ago past and brings him to the present. In the process, he removes a lot of mythology and replaces it with some extraordinary facts that are the background for the way our modern lifestyles put us in conflict with many species that are not only thriving, but some which faced virtual extinction from over-hunting, especially during the eighteenth and nineteenth centuries.

"In the eastern United States over two and a half centuries," Sterba notes, "European settlers cleared away more than 250 million acres of forest. By the 1950s, depending on the region, nearly half to more than two-thirds of the landscape was reforested, and in the last half-century, states in the Northeast and Midwest have added more than 11 million acres of forest. These new forests grew back right under the noses of several generations of Americans."

The storm surge of Hurricane Sandy, the waters that flooded the coastal areas of New Jersey, Manhattan and Staten Island did a lot of damage, but the loss of electricity was largely the result of countless fallen trees disrupting the huge network of electrical wires that our way of life depends upon. We live in a forest. Indeed, much of the U.S. population lives in a forest.

What I found interesting about "Nature Wars" was the way Sterba revealed that, despite what the growing population of the Northeast did to alter the landscape, particularly as regards the clearing of land for the agriculture they depended upon, in addition to hunting its wildlife for meat and fish, Nature quite simply reclaimed the land as the farmers abandoned the rock-filled lands of Massachusetts and other early colonies. In the wake of Independence are more people arrived, Americans pushed westward.

The "wilderness" of earliest settlers was often nothing more than ten miles inland. By the time of Independence in 1776, "The colonial population stood at three million and people were already trickling across the Appalachians." Wood, however, was the primary fuel and was used for construction. "By 1850, the U.S. population had grown to 23.3 million, and wood supplied 90 percent of the nation's energy needs."

What saved the forests was the discovery of oil, natural gas, and the use of coal as new sources of energy. For farming, the use of draft animals became obsolete. By 1990 new technologies enabled farmers to grow five times more food per acre than farmers in 1930 had grown and they farmed fewer acres.

What saved the forested areas was a growing conservation movement. "By 1909, at the end of the Theodore Roosevelt presidency, some 172 million acres of public land in the West had been designated as national forests." In the 1930s, an estimated one million acres of trees were replanted during the 1930s.

As Sterba notes, "Most of the eastern forest that grew back in the nineteenth of twentieth centuries remained forest in the twenty-first century, including 79 percent of the landscape of New England."

By 2000, "For the first time an absolute majority of American people lived not in cities, not on farms, but in an ever-expanding suburban and exurban sprawl in between. Never in history have so many people lived this way." 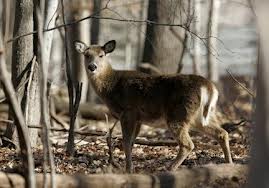 One of the great ironies of the renewal of forests everywhere, but especially in the areas where so many Americans live, has been the way many animal species have adapted to their human neighbors and have caused endless disputes as they have thrived and grown in numbers. As Sterba says, "Sprawl has become their home."

If more Americans understood these relationships instead of taking their understanding from films like "Bambi" or the many documentaries we can watch in the comfort of our homes, there would be a greater understanding of the vast forces of Nature with which we can only seek to accommodate our lifestyle choices and a greater respect for forces like Hurricane Sandy that are well beyond our ability to do anything other than to clean up and rebuild.