March 12, 2013
Anyone, any city, and any governing body that passes laws to ban what you eat and drink has not read the U.S. Constitution. There is nothing in there granting them the power to decide what you eat and how much. 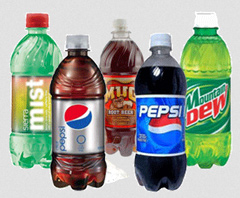 Indeed, if you think about it, the Constitution was written to "preserve, protect and defend" liberty!

New York City's billionaire Mayor Michael Bloomberg continues to demonstrate an alarmingly fascist approach to everything that has to do with what the citizens of that city and its tourists may eat or drink, all in the name of "fighting obesity." This is the same mayor who thought putting windmills on top of all of the city's skyscrapers was a great way to generate electricity. Wealth, apparently, is no defense against extreme stupidity.

On March 11, New York State Supreme Court Justice Milton Tingling struck down a pending regulation limiting the size of sugary drinks in the city, calling it "arbitrary and capricious." I would add "stupid" and "arrogant." In his response to the decision, Bloomberg said "People will die," notably neglecting the fact that people die in New York every day from natural causes, accidents, and homicide. Banning large cups of soda is not a cure for diabetes or any other disease.

Buried deep in the Affordable Healthcare Act (Obamacare) there's a regulation that requires all major restaurant chains to provide calorie information on their menus and drive-through signs. People do not go to McDonald's, Starbucks or Burger King to count calories.

This regulatory obsession with food has far less to do with obesity than with the insane passion to control people in general and, in this case, everything people eat and drink from the school cafeteria to restaurants, to the supermarket where the shelves are already loaded with items promising they are low in calories. Judging from TV commercials, books, and other enterprises, dieting is a major industry.

The current torrent of laws is very much about conditioning people to accept authority without questioning it. What better way than to ban just about anything and everything that large numbers of people enjoy?

The universal justification for food-related bans is that such laws are passed to ensure that people maintain their health, but people's personal health not the government's business. The corollary is that they are intended to reduce the cost of health care, but that has nothing to do with it either because the costs are largely determined by the insurance industry that controls healthcare.

With Obamacare, everyone is required by law to purchase health insurance or pay a fine for not purchasing it. That is manifestly unconstitutional, but the Supreme Court ignored the Commerce Clause and declared Obamacare a tax.

Look around you and conduct an unscientific study of how many fat people there are. Yes, you will find some, but most people – at least to my eye – are about the right weight for their age, height, and gender. As I aged, some of the fat in my body migrated to my midsection. For women of a certain age, it goes to their posterior. That is perfectly natural. And, yes, there are fat kids. There were fat kids when I was growing up some seven decades ago. They often were the offspring of fat parents and I'm guessing that it was and is related to genetic factors like the color of one's eyes.

With the exception of morbid obesity, as much a mental condition as physical, obesity comes down to your personal lifestyle and the choices you make. Government, however, is increasingly getting between you and the plate of food in front of you.

There are even government standards for one's "body mass index." This too is bogus. As Dr. George Bray, an obesity researcher at Louisiana State University, points out, "You need to take into consideration factors such as age, gender, physical activity, race, and where on your body the fat accumulates."

In November 2007, the Journal of the American Medical Association offered data showing that overweight people have a lower death rate than people of "normal" weight. In 2004, the most recent year in which data were available, there were more than 100,000 fewer deaths among the overweight than would have been expected for people of "normal weight."

As Connie Leas, the author of "Fat – It's Not What You Think," points out, "Our genetic makeup is virtually that of our hunter-gatherer forebears. By the time they started planting crops ten thousand years ago, 100 percent of our genes were formed. In those days the problem was finding enough to eat. When they found such a place, our early ancestors probably stuffed themselves. It was a matter of survival. Now food is always plentiful and survival is not the issue, yet we're still programmed to take advantage of high-calorie food sources. We're stuck with those pesky caveman genes."

The founders of this nation fought a Revolution to rid themselves of a monarch and a parliament that thought they could and should tax everything it could to pay for their wars. Today, the vast bulk of Americans simply roll over and accept every idiotic law passed by Congress and others who feel they are empowered to determine every aspect of your life. They aren't.