June 7, 2013
A bit of personal history; in the 1980s I was engaged by the U.S. producer of a pesticide called Ficam to develop case histories about its use.

Ficam is applied with water and it killed off a wide range of common insect pests. There is no odor and there is no hazard to humans when correctly applied, but at some point the Environmental Protection Agency told the producer it would have to go through the entire process of re-registering it for use. Since that would have cost several millions of dollars, the decision was made to cease selling it in the U.S. As a result, it was essentially banned from use in America. Today it is still in wide use in other nations. 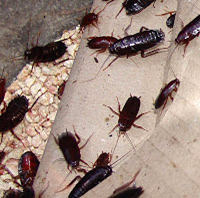 The 1980s was a period of extensive propaganda by environmental organizations about any use of any pesticide. It had begun two decades earlier with the publication of Rachel Carson's book, "Silent Spring," that falsely claimed that DDT posed a threat to bird populations and to humans. The book created the hysteria about DDT that got it banned in the U.S.in 1972 and subsequently in many other nations.

In a recent commentary, "Environmental Fear-Mongering Isn't Just Silly, it Kills People," by Walter E. Williams, he quoted an article by Dr. Henry Miller, a senior fellow at the Hoover Institution, and Gregory Conko, a senior fellow at the Competitive Enterprise Institute who said the ban was responsible for the loss of "tens of millions of human lives – mostly children in poor, tropical countries – having been traded for the possibility of slightly improved fertility in raptors (birds). This remains one of the monumental human tragedies of the last century."

Williams noted that "In 1970, a committee of the National Academy of Sciences wrote: "To only a few chemicals does man owe as great a debt as DDT...In little more than two decades, DDT has prevented 500 million human deaths due to malaria that otherwise would have been inevitable." These days, the World Health Organization estimates that malaria infects at least 200 million people, of which more than half die, each year. Most malaria victims are African children." Four decades later, millions continue to needlessly die because of the DDT ban.

DDT killed billions of mosquitoes, the transmitters of malaria. Ficam, when it was used in America, killed billions of disease vectors such as cockroaches that are known to spread Salmonella, Gastroenteritis, Leprosy, Dysentery, and Typhoid fever, among others.

The EPA didn't care about this when it banned DDT or forced Ficam off the U.S. market. The environmental organizations that continue to attack pesticides don't care that insect pests spread disease or that termites annually cause billions of dollars in property damage.

In an Investors Business article, Paul Driessen, a senior advisor to CFACT, the Committee for a Constructive Tomorrow, debunked the scare campaigns surrounding die-offs of bee colonies. Greens are currently spreading lies about "neonics," a pesticide derived from naturally-occurring nicotine plant compounds, saying they are responsible for the bee die-offs, but such colony collapses were first reported in 1869 and to this day scientists are still unable to identify why they occur. Typically, the laboratory studies expose bees to doses "far above what a realistic field dose exposure would be," according to a study by Dr. Cynthia Scott-Dupres, an environmental biology professor at the University of Guelph in Ontario, Canada. In layman's terms, there is no connection between neonics and the current bee die-off.

Since 1986, I have been the public relations counselor for a pest management association, writing and disseminating press releases about seasonal pest problems. The June release addresses Lyme disease, spread by ticks, and West Nile Fever, spread by mosquitos.

The outbreak of West Nile Fever in 1990 reawakened public awareness of the need for effective mosquito control, By 2007 it had spread to forty-six states and that year it was responsible for 115 deaths according the Centers for Disease Control. It is a form of Encephalitis.

In my home state the Department of Health fact sheet on Lyme disease notes that "In New Jersey, the most commonly infected tick is the deer tick. Immature ticks become infected by feeding on infected white-footed mice and other small mammals, such as deer and meadow voles. Deer ticks can also spread other tick-borne diseases. Humans can be infected by more than one tick-borne disease at a time." If untreated, weeks to months later some people may also have arthritis, nervous system and heart problems. If treated early, antibiotic therapy for three to four weeks is generally effective.

There is probably no way to put an exact number of people in my home state and around the nation who will be infected by Lyme disease and West Nile Fever this year, but there are steps people can take to avoid being infected. Pest control is about protecting lives and property.

In New Jersey, organized mosquito control work began in the early 1900s following the discovery that mosquitoes were directly responsible for the transmission of some of the most deadly diseases known to man and animals. Today the Mosquito Control Commission maintains programs to kill these pests while overseeing programs at every level of government, ranging from seasonal programs at the municipal and federal levels, to year-round programs administered by county and state agencies.

Unless pest populations are kept in check the diseases for which they are famous will spread. They also protect billions of dollars' worth of crops that feed millions here in the U.S. and around the world.

The next time you read a newspaper article or watch some report on television declaring that pesticides are a hazard, keep in mind that pest management professionals are trained in their proper use and the pesticides are all registered with the Environmental Protection Agency. The rest of us need to read and heed the label!

Malaria is still killing millions in Africa. Elsewhere in the world, diseases like Dengue Fever have a similar impact. The extraordinary advances that could protect humans continue to be under attack by environmental organizations, more interested in "saving the Earth" than they are in saving lives.

If you ban all the pesticides, all that is left are the pests.