March 6, 2014
I could write every day about some new obscene Environmental Protection Agency (EPA) effort to thwart energy the nation needs, forcing the shutdown more coal-fired plants and the mines that supply them. Goodbye thousands of jobs, goodbye electrical energy. The White House has delayed the construction of the Keystone Xl pipeline to transmit oil from Canada to the U.S. Gulf Coast. 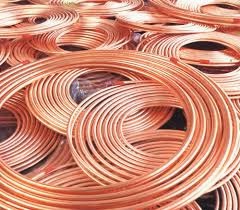 Do you wonder, still, why there are millions of Americans out of work or who have stopped looking because every effort to build the nation's economy is attacked by some element of the Obama Administration.

We can now add another attack on natural resources because the EPA has announced its intention to restrict, if not prohibit, the development of Pebble Mine in Alaska. The mine could be one of the world's largest sources of copper.

Beyond the economic benefits the mine would create, it would not only produce copper, but strategic metals like molybdenum and rhenium. Daniel McGroarty, the president of the American Resources Policy Network, noted in a July Wall Street Journal opinion that these two metals "are essential to countless American manufacturing, high-tech, and national security applications."

Copper is one of the most important minerals used today because it is a good conductor of heat and electricity – second only to silver in electrical conductivity. It was discovered thousands of years ago in prehistoric times. Methods for refining copper from its ores were developed around 5,000 CE and, though too soft for many tools, when mixed with other metals, the resulting alloys were harder. The entire Bronze Age owes its name to the mixture of copper and tin. Brass is a mixture of copper and zinc.

McGroarty pointed out that "The irony here is that renewable-energy industries that environmentalists champion, like solar and wind, rely heavily on copper. More than three tons of it are needed for a single industrial wind turbine." Solar panels depend on copper as well. And electric cables, usually made of copper, transmit the energy these two favored "renewable energy" sources. Together, though, they represent less than 3% of the electricity generated.

Expecting environmental groups to make any sense or even to tell the truth is a waste of time. The Pebble Mine is opposed by the Natural Resources Defense Council, Earthworks, and Trout Unlimited. The EPA claims to have researched the environmental impact of the Alaskan mine and concluded that it poses a serious risk to the salmon fisheries and native tribes in the Bristol Bay area.

EPA research is so wretchedly flawed that the Agency is still insisting that carbon dioxide (CO2) is responsible for "global warming" even though the Earth entered a new cooling cycle around 1996. None of the children born since then have ever spent a day experiencing a warming cycle.

The EPA has been engaged in its own interpretation of the Clean Air and Clear Water Acts. The Supreme Court, which erroneously ruled that CO2 was a "pollutant" in April 2007 – it is vital to all life on Earth, providing for the growth of all vegetation – has just heard oral arguments for a case that could further ruin the nation's economy. Environmental groups and the Obama administration argued that the EPA has the authority to require that power plants and other industrial facilities must get permits to emit carbon dioxide and other so-called greenhouse gases even though they have no effect at all on the Earth's climate.

I often wonder why most Americans are so clueless about global warming. AKA climate change, and the rape of the nation's economy by the EPA.

So we can anticipate that, when the partnership of those seeking to open the Pebble Mine does apply for a permit, we already know that the EPA will reject it. Gina McCarthy, the current EPA administrator, has made that clear. You can be sure that the EPA's "research" has predetermined that outcome.

Those lies are a large component of why the nation is enduring an economic stalemate that is beginning to look like the next Great Depression. Those lies will try to stop the Pebble Mine and shut down more coal-fired plants. Those lies are the reason why so many potential new industrial and business enterprises are not being created.