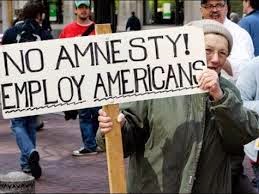 People really need to read the U.S. Constitution. It says, "All legislative Powers herein granted shall be vested in a Congress of the United States."

The Constitution makes no reference whatever to executive orders (EO). George Washington started the practice mostly because he had to. Traditionally executive orders have been treated by Congress as having the legal status of legislation, but only insofar as they apply to the management of how the government operates.

The Constitution makes it quite clear that the President has no power to enact laws, but as long as an EO does not unilaterally alter or negate existing legislation or run counter to the Constitution Congress usually accords it legitimacy. Those that do not honor the separation of powers have been struck down by the courts or by legislation that opposed them. 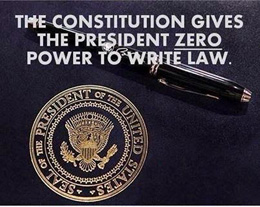 As is widely rumored and reported, if President Obama does attempt to issue amnesty to illegal aliens he would be over-riding or altering existing immigration law. He does not have the power to do that.

Such an executive order would be immediately challenged in the courts and if power in the Senate passes to the Republicans in the midterm elections, Congress would oppose it. With an eye on the 2016 elections, incumbent Democrats might not be willing to go along with an Obama amnesty EO.

Recent polls all demonstrate opposition to amnesty. In a September Investors Business Daily/TIPP poll 73% of the public said that Obama should work with Congress on immigration reform. After the invasion of an estimated 150,000 young people and others from Guatemala and San Salvador earlier this year, comprehensive immigration reform went from 54% approval last year to 48%.

When word leaked that the U.S. Citizenship and Immigration Services agency had requested bids on a minimum of four million blank work permits and green cards a year for the next five years, there was an outcry in political and immigration policy circles. "There aren't enough federal employees from here to Pluto to do adequate background checks on 34 million," said Bob Dane, spokesman for the Federation for American Immigration Reform. 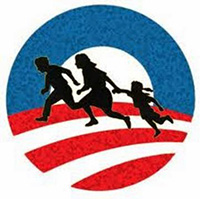 It's no secret President Obama has wanted to get as many immigrants as possible, especially those from south of the border, into America. He has winked at the laws that determine immigration and citizenship. In 2011 many believed he had "enacted" the Dream Act by EO, but he had not. His administration instead adopted a policy regarding the deportation of illegal immigrants brought to the U.S. as children, granting them the option of applying for two-year work permits. Even conservatives could find some merit in this, allowing them to gain legal status and apply for citizenship.

The amnesty issue would play havoc prior to the November 4 midterm elections, so Obama will wait until after them to announce his intentions. I doubt he thinks an executive order will go unchallenged, but at that point it will not matter to him since he will not be running for reelection in 2016. His indifference to constitutional restraints on his power as President is well known.

"If the President takes this action," said Rep. King, " (that) he's threatened to take we will have abandoned every pretext of the Constitution of the United States and if the American people take that setting down or lying down, then our constitutional republic has been destroyed."

Rep. King is right, but the Obama EO will be challenged in the courts and in Congress. If that effort is opposed by Democrats in Congress, their midterm losses will barely rival what the 2016 election will hold for them.