Alan Caruba
Why isn't it treason? 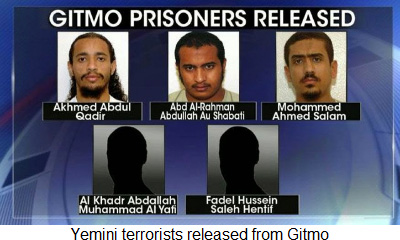 "Treason against the United States, shall consist only in levying war against them, or in adhering to their Enemies, giving them Aid and Comfort." – Article Three, Section Three, U.S. Constitution.

Given the fact that one of the suspects, Said Kouachi, in the Paris killings had traveled to Yemen in 2011 and that Al Qaeda in the Arabian Peninsula has claimed responsibility for the killings, does it strike anyone as strange that Obama set free five Yemeni detainees out of Guantanomo Bay? Four were sent to Oman, a nation that neighbors Yemen. A fifth was transferred to Estonia. It was the first time either nation had accepted Gitmo prisoners for resettlement.

Does anyone think that the five Afghan Taliban leaders Obama set free last year are still in Qatar? Among the things Obama will be remembered for will be his promise to close Gitmo and these releases of U.S. enemies.

Since when is freeing Islamic terrorists to return to the battlefield not giving aid and comfort to the enemy? Well, it is not if you are the President of the United States because, believe it or not, what he did was entirely within his legal authority.

Most dramatic was Obama's decision not to join the forty other world leaders in Paris to demonstrate a common opposition to Islamic terrorism. Indeed, he has denied the use of any reference to Islamic terrorism by government spokespersons or in government documents. To this day, the Fort Hood killings are still referred to as "workplace violence" despite the fact that the perpetrator was shouting "Allah akbar" as he killed his victims.

How stupid is it to continue to ignore the evidence that we have a President who is more inclined to side with our Islamic enemies than with Americans?

He withdrew our troops from Iraq, setting up the creation of the Islamic State (ISIS) to fill the vacuum that was created. He has officially declared an end to the American role in fighting the Taliban in Afghanistan. Yes, he has authorized drone killing of al Qaeda leaders and bombing of the ISIS troops, but neither has demonstrated any significant reduction in terrorism. 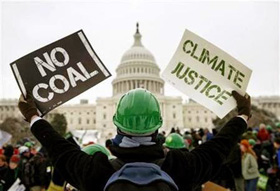 Then there is Obama's "war on coal" which has resulted in a torrent of Environmental Protection Agency regulations and actions that between 2012 and 2020 will bring about the loss of 60 gigawatts of electricity generated by coal-fired plants around the nation. Replacing that lost production is not going to occur overnight. At this point, according to the Associated Press, more than 32 mostly coal-fired plants have closed or are in the process. "Another 36 plants could be forced to shut down as the result of new EPA rules regulating air pollution."

In a response to the State of the Union speech, Mike Duncan, president of the American Coalition for Clean Coal Electricity, said, "President Obama failed to offer answers about the calamitous consequences of his environmental regulations. Rather than seek a commonsense energy plan for America, President Obama bypassed Congress and is forging ahead with his climate crusade at the expense of the nation's economic security."

If a foreign nation had invaded the United States and began closing down the plants on which vast areas of the nation depend for electricity, wouldn't we consider that an act of war? What is the difference if it results from the actions of the U.S. President? Moreover, these closures are totally unnecessary because they are based on false "science" regarding so-called greenhouse gas emissions. Is the planet warming? No. It has been cooling for 19 years.

I am not a lawyer or authority on the Constitution, but it is hard not to consider that Obama's long record of lying to Americans doesn't qualify him, if not for treason as it is defined, at least for fraud. The way ObamaCare was sold to the public is a classic example and, as it turns out, Jonathan Gruber, one of its architects and advisors to Obama, made it quite clear that deception was the key to its passage, referring to voters as "stupid."

The 2014 elections demonstrated that Obama's policies were firmly rejected by the voters as power in both the Senate and House was turned over to the Republican Party, but he is giving no evidence of moderating the arrogance that has distinguished his term in office to date.

On Tuesday, January 20, the nation was two years from the day in 2017 that Obama's second and final term ends and a new President takes power. We need to make sure we elect a patriotic, God-fearing man to begin the process of reversing and ending the damage Obama has done thus far.