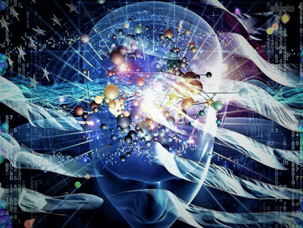 The American Revolution began in earnest on July 4, 1776 with the announcement of our Declaration of Independence. It is not over. The struggle for life, liberty and creative pursuit of happiness goes on, and will go on for as long as our human nature remains as it is, because the darker side of human nature seeks to dominate, where some people wish for and plan to do as they please with other people and the product of other people's labor, where some seek to enslave, harm or murder their fellow man. The struggle for our God-given unalienable human rights is the ongoing struggle for human value and dignity. We seek protection from criminals who would do us harm, but what about criminal government? Our Founding Fathers overthrew King George III, his authoritarian Royal court, and his grand military force. Our grandfathers overthrew murdering totalitarian German Fascism and Japanese Imperialism, and our fathers overthrew murdering totalitarian International Communism. We are now in the early stages of confronting the evil of totalitarian Islamic Sharia Government and mass murdering Islamic Jihad. So all should be well now on the home front, but it's not. The urge to dominate the American people remains, arising not just from overseas, but from within, taking an emerging hybrid form of the afore-mentioned criminal governments. We must put a stop to it before the would-be Statist Philosopher Kings or Caliphs become entrenched and omnipotent, because at that point our labor and our lives become cheap in their eyes, as we have seen in the bloody trail of history.

After rejecting human slavery, implanted here by European Kings, Americans remained sure of themselves, strong in faith, strong in spirit, strong in body and mind, and strong in accepting the unifying force of the American Declaration of Independence. Foreign enemies fell in defeat, our lives, liberty and pursuit of happiness secured by two oceans, and by blood sweat and tears. For many years America stood astride a corrupt international landscape as the beacon of human dignity and freedom, the land of the free and the home of the brave. To my dismay there has arisen an organized effort to corrupt our Judeo-Christian moral foundation, to denigrate our proud history, to enfeeble us with suicidal pacifism in the face of mortal dangers from overseas, to accustom many of us in government dependency, to crumble and transform the American Mind.

Those who would fundamentally transform the United States are embedded in our mass media, entertainment industry, universities and government. They appear to be strong and well organized. In order to prevail, in order to restore our nation to its moral and physical greatness, it will be necessary for American Patriots to engage in a long term inter-generational rebuilding project, not just the rebuilding of bridges and buildings, but a reformation of our schools and institutions, our mass media and entertainment, our laws, and above all a reformation of our character and a restoration of the American Mind.

"In the great journal of things happening under the sun, we, the American People, find our account running, under date of the nineteenth century of the Christian era. We find ourselves in the peaceful possession, of the fairest portion of the earth, as regards extent of territory, fertility of soil, and salubrity of climate. We find ourselves under the government of a system of political institutions, conducing more essentially to the ends of civil and religious liberty, than any of which the history of former times tells us. We, when mounting the stage of existence, found ourselves the legal inheritors of these fundamental blessings. We toiled not in the acquirement or establishment of them – they are a legacy bequeathed us, by a once hardy, brave, and patriotic, but now lamented and departed race of ancestors. Their's was the task (and nobly they performed it) to possess themselves, and through themselves, us, of this goodly land; and to uprear upon its hills and its valleys, a political edifice of liberty and equal rights; 'tis ours only, to transmit these, the former, unprofaned by the foot of an invader; the latter, undecayed by the lapse of time and untorn by usurpation, to the latest generation that fate shall permit the world to know. This task of gratitude to our fathers, justice to ourselves, duty to posterity, and love for our species in general, all imperatively require us faithfully to perform. How then shall we perform it? At what point shall we expect the approach of danger? By what means shall we fortify against it? Shall we expect some transatlantic military giant, to step the Ocean, and crush us at a blow? Never! All the armies of Europe, Asia and Africa combined, with all the treasure of the earth (our own excepted) in their military chest; with a Buonaparte for a commander, could not by force, take a drink from the Ohio, or make a track on the Blue Ridge, in a trial of a thousand years. At what point then is the approach of danger to be expected? I answer, if it ever reach us, it must spring up amongst us. It cannot come from abroad. If destruction be our lot, we must ourselves be its author and finisher. As a nation of freemen, we must live through all time, or die by suicide." Abraham Lincoln

A slow motion, authoritarian, anti-American counter-revolution has sprung up among us. Don't be seduced, don't be confused about its suicidal trajectory, stand firm for your country, for our American Declaration of Independence, Bill of Rights and Constitution, prepare for struggle and sacrifice if it becomes necessary. The statist enemies of our liberty and creative pursuit of happiness, and possibly our lives, are busy at their undermining work of collectivization, so let's out work them with our strong American hands, and outsmart them with our sharp American Minds. We can defeat the counter-revolution peacefully with a Constitutional amendment, hopefully without a defensive resort to arms. I hope and pray this will give you some moral and intellectual tools to fight the good fight in preservation of all we hold dear.

"As our enemies have found we can reason like men, so now let us show them we can fight like men also." Thomas Jefferson

The goal and end-game of modern American conservatives should be the same as that of our Founding Fathers, the same goal and end-game of the American Revolution, and that is to secure the equal, God-given, unalienable human rights of all individuals to their life, liberty and creative pursuit of happiness. Our Founding Fathers created a Federal Government via our Constitution to accomplish that goal, but what happens when the Federal Government becomes a violator of our unalienable human rights? What then? What now? The answer is not violence – the answer is immediate State nullification of any and all un-Constitutional Federal Laws, regulations and Supreme Court decisions which in fact nullify the US Constitution – followed by Constitutional Amendment – because the mind and the pen are mightier than the sword.

State exercise of Article V would become an amendment convention – not a Constitutional convention. There will be no complete re-writing of the Constitution – only an amendment to the Constitution. There will be no "runaway" Article V amendment because it only takes 13 State legislatures to stop it. As with King George III our Statist (Marxist and Fascist) would-be masters will face defeat at the hands of We the People. When Federal government is placed back into its smaller non-God-like box – when Federal government gets only 10% of our labor – the States (empowered and limited by their own 10% taxation) would find themselves positioned to take over (or share with private charities) all social programs now un-Constitutionally administered by Federal government: Social Security, Healthcare, Education, etc., etc. Limiting Federal taxation to 10% would have the effect of resurrecting the 10th amendment – resurrecting State government – resurrecting the Bill of Rights – resurrecting the Constitution. With such an amendment We the People will finally become "masters of both Congress and the Courts," masters of our own destiny.

Section 1. The Declaration of Independence is the supreme un-amendable natural law of the United States of America

Section 5. The State legislatures in 3/4 majority or greater, the authority which made the Constitution, shall have the power to revoke Supreme and Federal Court decisions, Federal Law, and Presidential executive orders outside the scope of military Commander-in-Chief

Section 12. Article III, Section 3 shall be changed to: "Treason against the United States, shall consist only in levying war against them or against this Constitution, or in adhering to their enemies, giving them aid and comfort. No person shall be convicted of treason unless on the testimony of two witnesses to the same overt act, or on confession in open court. The Congress shall have power to declare the punishment of treason except for cases of treason involving the President of the United States, members of the National Congress, or the Supreme Court, where in those cases the States shall have the power to try and declare the punishment of treason within their respective borders and nationally by 3/4 majority, but no attainder of treason shall work corruption of blood, or forfeiture except during the life of the person attainted.