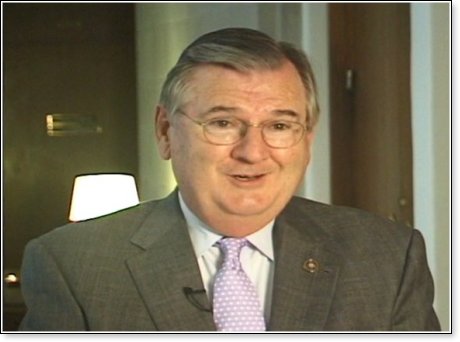 Former state Senator Tony Rand, a political legend in North Carolina, passed away Friday morning. In its headline, the Raleigh News and Observer rightly referred to Rand as One of the Last Democratic Power Brokers. He was, in my estimation, something of an old Democrat with a Progressive streak.

As a registered lobbyist for the Christian Action League, I witnessed his incomparable skills as a legislator for more than a decade. He was more often than not a political foe, but he was always my friend  a very good friend who affectionately called me Preacher.

There is a story told by Gary Inrig in Quality Friendship, which describes the kind of friendship Rand demonstrated.

Inrig describes two men who were the best of friends during World War I. During an attack, one of them was critically wounded in a field with barbed wire obstacles, and he was unable to crawl back to his foxhole. The entire battlefield was covered in enemy crossfire, and it was suicidal to try to reach him. Yet his friend decided to try. Before he could rise to get out of his own trench, his sergeant yanked him back down into it and ordered him not to go. Its too late! he yelled. You cant do him any good, and youll only get yourself killed.

A little later, the officer turned his back, and quickly the man was gone after his friend. A few minutes later, he staggered back, mortally wounded, with his friend, now dead, in his arms. His sergeant was both angry and deeply moved. What a waste, he blurted out. Hes dead, and youre dying. It just wasnt worth it.

With almost his last breath, the dying man replied, Oh, yes, it was, Sarge. When I got to him, the only thing he said was, I knew youd come, Jim! I just knew it.

One of the marks of a true friend is that he is there when there is every reason for him not to be, when to be there for you is both risky and sacrificial.

That was the kind of friend Tony Rand was to me. Politically, the differences between us were stark and even fundamental. Still, I knew if I ever needed anything personally, he would be there for me. I knew he would. I just knew it!

Moreover, his friendship toward me involved some political risks. He understood there were elements within his political party that would disapprove of his associations with me, but he wasnt ashamed of our friendship.

Once, he appeared in a video promoting the Christian Action League, where he spoke in glowing terms of me. Now that involved political risks for him, possibly some sacrifice.

On another occasion, concerning a major legislative initiative that was on the path to success, but of grave concern to the Christian Action Leagues supporters, he worked quietly with me to broker a compromise. He would later shepherd that compromise legislation through the General Assembly to become law. After the deal was done, he said to me, Preacher, I was glad to work with you on the issue. The final product was a bill that neither side liked – yours or mine. But I did it because you are my friend.

In a magazine cartoon of yesteryear: A thief was wearing a mask similar to the kind the Lone Ranger would wear. His gun was pointed toward his frightened victim as he demanded: Okay, gimmie all your valuables! The victim began stuffing into the sack, all his friends.

In my sack of valuables in this life, one of the brightest of gems is my friend, Tony Rand.

May our God show grace and mercy to his soul. And may He comfort his beloved family.