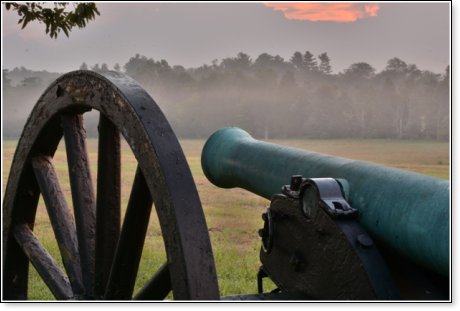 Franklin Graham was right when he recently posted on his Facebook page that “the division in our country is as great as any time since the Civil War.” The angry mob that overtook the Capitol building while the Electoral College votes were being certified demonstrates this fact.

The malice between brothers in this country is indicative of the kind of spirit that could destroy this nation.

How should Christians seek the good of their country in this current environment of unrest? The question is reflective of a sermon preached on November 1, 1860, only a few months before the Civil War would begin. The address was delivered by Robert L. Dabney at Hampden-Sydney College in Virginia and was extensively circulated throughout the North and the South. It has been argued that if its call for moderation and justice had been heeded, it might have prevented the entire catastrophe.

Dabney took his text from Psalm 122:9, which reads: “Because of the house of our Lord thy God I will seek thy good.” He argued that much was at stake if the nation failed, and a robust Christianity works for peace. Dabney admonished:

A long farewell to that dream we had indulged – a dream not unworthy surely to have been inspired by the Prince of Peace – that here a nation was to grow up on this soil, which God had kept till ‘the fullness of time was come,’ wrapped in the mysteries of pathless seas, and untainted by the steps of civilized despots or organized crime; a nation composed of the strong, the free, the bold, the oppressed of every people, and, like the Corinthian brass, more precious than any that composed it; which should come, by the righteous arts of peace, to a greatness such as at last to shame and frighten war away from the family of kingdoms; which should work out the great experiment of equal laws and free conscience, for the first time, for the imitation of the world; and from whose bosom a free church, unstained by the guilt of persecution and unburdened by the leaden protection of the state, should send forth her light and salvation to the ends of the earth to bring the millennial morning.

Then Dabney laid out the practical steps Christians should take.

First, Christians should everywhere begin to pray for their country…The guilty churches of all our land should humble themselves before a holy God for their Christian backslidings and our national sins…

Along with this go humble confessions of our sins, individual and social. Here let me distinctly warn you, that I am not about to point your attention to sins of fellow citizens…from whose faults some may suppose the present fear arises. Whether they have committed faults, or how great, it is not my present concern to say. Our business today is with our own sins. It will do our hearts no good to confess to God the sins of our fellow-men; He already knows them, and estimates them more fairly than perhaps our prejudice will permit us to do. It is for our sins alone that we are responsible to God. It is our own sins alone that we have the means of reforming, by the help of his grace. Let each man, then, consider and forsake his personal transgressions; for as your persons help to swell the aggregate of this great people, so your individual sins have gone to form that black cloud of guilt which threatens to hide from us the favorable light of our heavenly Father’s face. 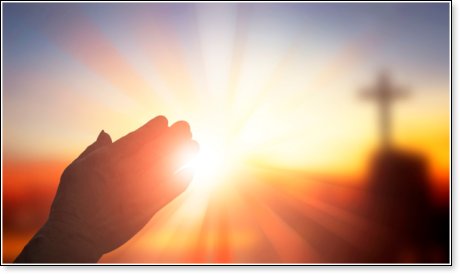 Second, we would say, with all the earnestness and emphasis which the most solemn feeling can inspire, let each individual Christian in our land, whether he sits in the halls of the legislature or rules as a magistrate, or guides public opinion through the press, or merely fills the station of the private citizen, consider his own personal concern in this matter. We would affectionately individualize each man, and say to him, ‘My brother, thou art the man. Consider what God would have you to do?’

Every Christian, whether lawmaker or law executor or voter, should carry his Christian conscience, enlightened by God’s word, into his political duty in another manner than we have been accustomed to do. We must ask less what party caucuses and leaders dictate, and more what duty dictates, for the day is at hand when we shall be brought to an awful judgment for the thoughtless manner in which we exercise our civic function.

Nay, verily, we would fain yield all reasonable party fidelity…we are partisans in the commonwealth of King Jesus, and our allegiance to him transcend all others.”

Last: Every Christian must study the things which make for peace. All must resolve that they will demand of others nothing more than their necessary rights, and that in the tone of moderation and forbearance. Yea, that they will generously forego all except what duty forbids them to forego, rather than have strife with brethren. We must all be magnanimous enough to forebear the language of threatening and reproach, language which evinces no courage, to acknowledge the excesses of ourselves and our friends, and to make reparation for it, whether such reparation be offered on the other side or not. Instead of complaining in vindictive and bitter spirit of the extravagances of misguided men on the opposite side, each man should inquire whether there are not sinful extravagances on his own side; and when it is necessary to remonstrate [to say or plead in protest or opposition], do it in the tone of wounded love, rather than insane threatening. In one word, let each party resolve to grant all that is right, and ask nothing else, ‘and lo, there will be a great calm.’

Though earnestly delivered and profoundly true, these words had little effect at the time, for nearly every man who either heard them or read them, only a few months later was in arms for war.

Let us not charm ourselves into disbelief that the unspeakable which happened then cannot happen today. The church may not always be able to broker peace. Nevertheless, let us demonstrate, as Dabney also said, “a love so Christ-like, so beautiful, so strong, that strife should be paralyzed by it into reverential admiration.”