Rev. Mark H. Creech
Revelation Chapter 2: The church that couldn’t be demolished from without, but was devastated from within 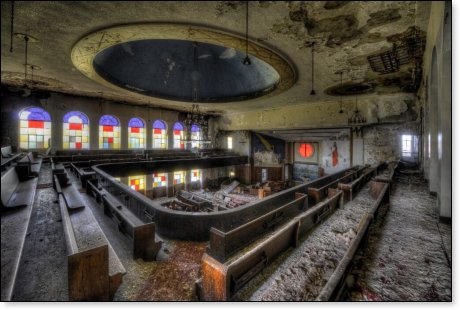 Christian Cynosure said, “Some folks take up religion as a kind of insurance against hell – and then are not willing to pay the premiums.”

Salvation is not something God requires us to pay for because Christ has already paid our debt of sin in full. However, following the Lord in a righteous walk of life is costly.

In his letter to the church in Pergamos, the Lord Jesus commended the believers for their loyalty. They lived in a city where Satan himself had his headquarters. Yet they held fast to the faith, even amid oppression, maltreatment, and discrimination.

One in their midst named Antipas was martyred for his faithfulness. No one knows much about Antipas, but Christ singled him out for special recognition as the personification of the church’s steadfast resistance to the pressures of persecution.

Christ, whose words are as “sharp as a two-edged sword,” said to them:

I know your works, and where you dwell, where Satan’s throne is. And you hold fast to my name, and did not deny my faith even in the days in which Antipas was my faithful martyr, who was killed among you, where Satan dwells.

The devil’s efforts to eradicate Christianity by persecution had failed miserably. Not to be outdone, the Evil One decided to employ a sly undetected and creeping kind of strategy. He would incrementally destroy God’s people and their faithful witness by corrupting them from within.

“Pergamos” means “married.” This church was to become “married” to worldly values and undone by the insidious effects of heresy. It also means “elevated” and speaks of a time in church history when church and state were united under the Roman Emperor Constantine and his successors. 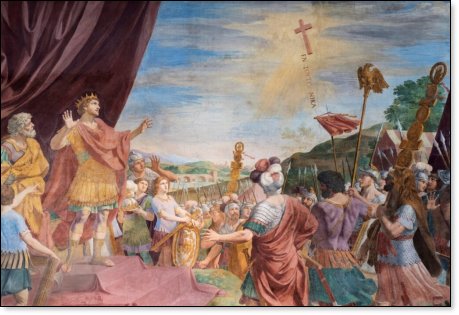 Pergamos represents the imperial church after Constantine (313-606) – a period when official persecution ceased because the church was “elevated” to a place of political power.

Many reputable scholars have argued it was during this time the institution of the papacy had its inception. However, the church of this era was unfortunately seduced into idol worship and sexual immorality through the rise of the papal system. This compelling argument seems to set the stage for the next letter to the church in Thyatira.

Jesus said to the church in Pergamos that he had a few things against them:

[Y]ou have there those who hold the doctrine of Balaam, who taught Balak to put a stumbling block before the children of Israel, to eat things sacrificed unto idols, and to commit sexual immorality.

When the evil king of Moab, Balak, discovered God’s chosen people could not be defeated in open warfare, the false prophet Balaam counseled the king that the way to destroy them was to undermine their commitment to God. Balam taught Balak to seduce the people away from God by urging them to engage in acts of idolatry and sexual sin. He knew this would weaken them, and God would withdraw his favor.

What a message this provides for the church of today! Two sinful characteristics of the church in the West, more specifically, in America, are most obvious. They are covetousness (a form of idolatry) and sexual immorality. The apostle Paul admonished:

So put to death and deprive of power the evil longings of your earthly body [with its sensual, self-centered instincts] immorality, impurity, sinful passion, evil desire, and greed, which is [a kind of] idolatry [because it replaces your devotion to God] (Colossians 3:5, The Amplified Bible). 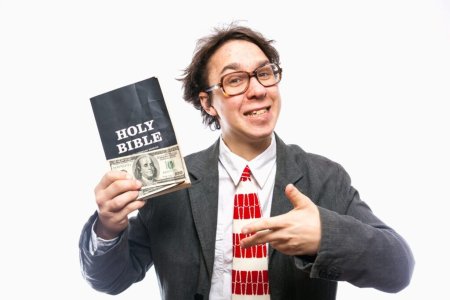 Preachers of the Prosperity Gospel abound nowadays, telling adherents that financial success and physical well-being are always the will of God. If one believes sufficiently, if one makes a “Positive Confession” or has a “Word of Faith,” if one “visualizes,” or donates “seed faith money,” then riches, healing, and power over material objects is theirs in the atonement.

Roberts, Hinn, Kenyon, Allen, Tilton, Osborn, Osteen, Dollar, Copeland, Reverend Ike, Hagin, and others who have directed this movement among evangelicals, claim to know Christ and preach the Bible. Instead, they are more like Balaam. They have corrupted Christianity’s message of self-denial, sacrifice, and Cross-bearing into an idolatrous religion of greed. It’s scandalous!

Sexual immorality is also pervasive in churches. There is hardly a mainline denomination that hasn’t been deluded into supporting and celebrating LGBTQ+. Many churches perform same-sex marriages, essentially abandoning God’s charter for marriage and the family. Marriage is supposed to be a picture of Christ and his bride, the church. Same-sex marriage is an insult to that sacred picture. 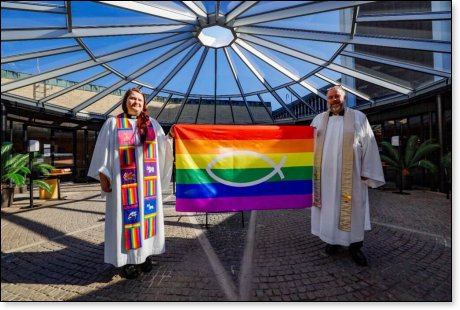 Priests are caught committing pedophilia with little boys. Pastors are addicted to pornography, engaged in inappropriate sexual relationships with their staff, adultery with someone’s spouse in the church, and even rape. This is appalling and a reproach to Christ’s church.

Perhaps the worst form of unfaithfulness to Christ is spiritual whoredom. That is when churches and denominations apostatize, leaving or compromising the teachings of orthodox Christianity.

Another dimension of spiritual adultery is when the churches start to embrace unbiblical teachings such as Postmodernism, Social Justice, Critical Race Theory, Wokism, and Socialism.

These “doctrines of devils” (I Timothy 4:1), these counsels of Balaam, are poisonous and make the church sick and impotent.

Jesus also had harsh words for those in Pergamos holding to the teachings of the Nicolaitans.

In Days of Vengence, David Chiltonasks, “What exactly was the Nicolaitan doctrine?” He explains:

[T]he false Nicolaitan apostles advocated antinomianism – the teaching that, perhaps through the sacrifice of Christ, Christians were “freed from the law,” in a sense completely opposed to the Biblical teaching of sanctification. It was no longer a sin, in their account, to commit idolatry and fornication; the believer was not under obligation to obey the law, but can live as he pleases (although they probably claimed, as antinomians do today, the ‘leading of the Spirit’ as justification for their abominable practices)

An authentic salvation experience with Jesus Christ as one’s Savior is transformational. Salvation is not just to take a soul to Heaven; it’s meant to empower people to leave and overcome the influence and power of sin. God calls on his people to live holy lives, not “holier than thou” lives but lives separated from the ways of this world.

The church at Pergamos was illegitimately united with the world and needed to repent (v. 16), said Jesus.