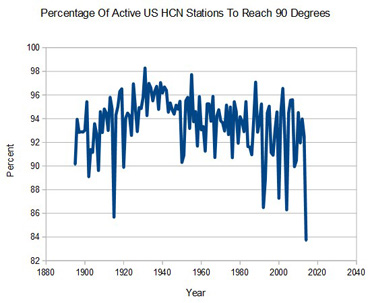 "People still believe government is more often the problem than the solution." – President Clinton, after 1994 mid-terms

"The Ebola Anti-Hysteria Hysteria," a column by Holman Jenkins, Jr., includes the following:

"The media, as if citing an iron law, keep telling us that . . 'people infected with Ebola cannot spread the disease until they begin to display symptoms, and it cannot be spread through the air' . . . Sorry, each clause of that sentence is subject to caveat, and the whole thought needs to be preceded with the words 'government scientists believe'[!] . . .

"Anybody can quickly and easily travel to the U.S. while the virus is unobservably incubating inside them. We have listened . . for a reason why a travel ban is not indicated by these circumstances and have yet to hear it."

GENERALLY I didn't consider the Wall Street Journal part of the Mainstream Media, but after last weekend's edition I'm reconsidering. Take the story on top of page A2. There is one PC hysteria that trumps all other hysterias: Global warming (of course!). The "story" touts a reset of the discredited "hockey stick graph" – namely an all-new version. In spite of no increase in the average mean temperature on earth since the 1990s – abracadabra – the P.R. people found a way to create a hockey stick graph by counting ONLY the number of "unusually warm" days (not the number of "unusually COLD" days (of which we have had just as many, God knows!).

The operational word there is "unusual." If we can't even define what IS "is," how can the government define "unusual"?

The "story" by Jo Craven McGinty admits that "while the information has improved it isn't perfect. The data only accounts for weather over land, and even then gaps remain in South America and Africa . . .

"But though their methods are subtle, the researchers are confident in their results. 'You can say that hot days have increased [never mind cold ones] and you can quantify that,' said Mr. Klein Tank. Before, it was only speculation."[Jo Craven and Klein Tank? Are these even Americans?]

She says that the 'climatologists' are with the "National Climatic Data Center," a group now known as the "Expert Team of Climate Change Detection and Indices." I'm impressed, aren't you? I wonder if that's a taxpayer-funded group or an adjunct of Green Peace, or both?

At any rate, they just admitted that everything was SPECULATION before this new [P.R.] hockey stick graph that doesn't count the cold days and nights. If common sense in America is "dead," its death may not be greatly exaggerated. "Ebola? Don't worry; be happy"? But climate change? It's okay to panic and be hysterical? And don't miss the point:

The larger point is that in one edition of the Wall Street Journal this page A2 story, plus one about rebounding stock prices and a bar closing in Miami, trumped all these other news items: [bold print]

- The Marysville, Washington school shooting on page A5.

- The news that North Korea may be able to shoot down-sized nukes at us (page A7).

- Chlorine gas used by "insurgents" less than 50 miles of Baghdad (page A10).

Getting back to page A13, Jenkins said, "A travel ban might not solve much but seems increasingly sensible given that a person can be infected for 10 or 20 days and not know it – and neither would airport screeners be able to detect it."

I ask you, if it's so "hard to catch" this disease, how come they capitalize Ebola?; cancer isn't capitalized. Given the level of common sense in DC, they'll probably close all bowling alleys before they stop flights from the Ebola region of West Africa.

P.S. Speaking of proportionality, a tiny story caught my eye in the Milwaukee Journal Sentinel the other day: "Child poverty at highest point in 20 years [during this "recovery" and high stock prices]:

Detroit installed the ShotSpotter system and in the first week it detected 24 shootings. Hmmmm, let me get this straight – we have to leave the U.S.-Mexican border wide open to save Central American "children" from violence, and we can't deport gang bangers even if both illegal and convicted of crimes? We have to leave the light on for THEM, while some of them come from the worst gang-dominated areas. With all the climate change stories, you may have missed the story about 40-some missing students in Mexico, mass graves, torture, and so on.

BTW, we build thousands of miles of fences along our freeways to keep SOUND out of the 'hood, but we can't afford to keep hoodlums out of Texas, New Mexico, or Arizona? The scariest words still are:

"I'M FROM THE GOVERNMENT AND I'M HERE TO HELP YOU."

PPS: The reason we don't believe people in government is because they lied to us all the way through the elections.

In conclusion, Mr. President, you may have a phone and a pen, but you didn't build that pen!

YOU DIDN'T BUILD THAT PHONE!