Curtis Dahlgren
A NOVEMBER TO REMEMBER? A great spiritual awakening, more than political?

"Prepare ye the way of the Lord." – Isaiah

I DON'T KNOW if we'll live to see the Second Coming, but I do know that America is in deep doo-doo, and is in dire need of another Great Awakening. I hope to live to see that one. Maybe it will begin this November. From Wikipedia:

Great Awakening refers to a number of periods of religious revival in American Christian history. Historians and theologians identify three, or sometimes four, waves of increased religious enthusiasm between the early 18th century and the late 20th century. Each of these "Great Awakenings" was characterized by widespread revivals led by evangelical Protestant ministers, a sharp increase of interest in religion, a profound sense of conviction and redemption on the part of those affected, an increase in evangelical church membership, and the formation of new religious movements and denominations.

Some of the influential people during the Great Awakening were George Whitefield, Jonathan Edwards, and Gilbert Tennent, and some of the influential groups during the Great Awakening were the New Lights and the Old Lights.[1][2][3] Pulling away from ritual and ceremony, the Great Awakening made religion intensely personal to the average person by fostering a deep sense of spiritual conviction of personal sin and need for redemption, and by encouraging introspection and a commitment to a new standard of personal morality. It incited rancor and division between old traditionalists who insisted on the continuing importance of ritual and doctrine, and the new revivalists, who encouraged emotional involvement and personal commitment. It had a major impact in reshaping the Congregational church, the Presbyterian church, the Dutch Reformed Church, and the German Reformed denomination, and strengthened the small Baptist and Methodist denominations. It had little impact on Anglicans and Quakers. Unlike the Second Great Awakening, which began about 1800 and reached out to the unchurched, the First Great Awakening focused on people who were already church members. It changed their rituals, their piety, and their self-awareness . . . 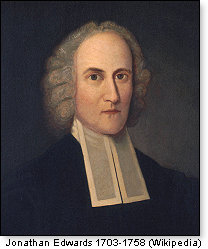 The First Great Awakening prepared the way for our Independence from England. The Second prepared the way for preserving the Union and the end of slavery in America. There were a couple of other revivals not quite so great, but the Third Great Awakening could help prepare the Way of the Lord. At least I hope so. I'll keep this brief by concluding from an excerpt from my 5/14/22 column, "The Year the tree trimmer gave the commencement address at Yale":

WELL, that's my address, but I want to conclude with some words written by the president of your school, Yale University.

Your ancestors, who leaned on the arm of God and walked in the sunshine of the Scriptures, laid here such foundations of human happiness under His guidance as were probably never laid elsewhere. In their establishment of rational freedom and just government, in their schools and their colleges, in their churches and their worship, in their exemplary life and their fervent prayers, they left a glorious inheritance to you.

On this stock you have lived and become rich, and the fund, though impaired by waste and negligence, is still large, Wantonly squandered it may vanish in a year, but carefully husbanded it may last for ages. Would you provide for your children as your ancestors provided for you?

Would you secure the favor and blessings of God? Would you escape the woes, denounced and executed on an unbelieving and profligate world? Then at the fireside, in the street, in the court of justice and in the legislature, BE AND BE SEEN TO BE THE FRIENDS AND FOLLOWERS OF GOD . . .

If you contend manfully you will be more than conquerors; if you yield, both you and your children are undone. Let me at the same time warn you that your enemies are numerous, industrious and daring, full of subtlety and zeal. Some of them are your own brethren, endeared to you by all the ties of nature. The contest is therefore fraught with hazard and alarm.

Were it a war of arms you would have little to dread, but it is a war of arts, of temptations, of enchantments, a war against the magicians of Egypt, in which no weapons will prevail but Moses' 'rod of God.' Fear not; the Christian world rises daily in prayer to heaven. The host of sleeping saints calls to you from the grave and bids you Godspeed. May you and your children to a thousand generations rise and call YOU blessed.

P.S. Those are the words of Timothy Dwight, Yale president from 1795 to 1817, spoken on January 7, 1801 from a pulpit. He was also the pastor of the campus church. It's an example of the way one man's words sparked a "revolution" – the Second Great Awakening of the United States (quoted in DECISION magazine, September 1961).

PPS: I couldn't have said it any better myself.