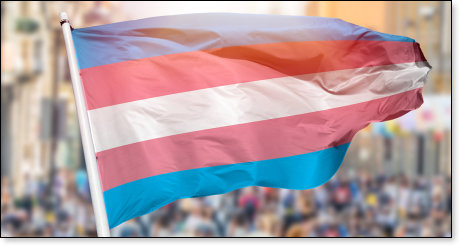 Not so long ago, maybe a decade, the Overton Window was a relevant measure of what was acceptable in America. Not today. Today it is just another tool in the arsenal of

Today, instead of showing what policies are accepted throughout society, the Overton Window is used to program the masses into thinking that sick and twisted ideas and behavior are fully acceptable to “the average Jane and Joe, so they should realize they are the ones that are behind and need to catch up. The other side of that is the Deep State and globalists use it to take what is not acceptable in today’s modern world of Cancel Culture and tell the people it is just normal behavior in today’s modern world – so get used to it. That the average Jane and Joe need to learn when to keep their mouths shut about things that offend them and their religion. And while they are about that, they should look at their beliefs and update them.

The new, adulterated and perverted Overton Window shows us what we will accept in the near future – or else. Today one of those “or elses” is not just acceptance of the LGBTQRSTUV+. We must now believe that changing one’s gender is a prevalent necessity, and we must voice our acceptance, nay, our encouragement for every child to jump onto that bandwagon. Thankfully, my children are grown and identify with the sexes they were born. I feel bad for the parents who have children thinking they were born in the wrong body. But those parents need to quit cowering and protect their children. That doesn’t mean acceptance of gender surgery, hormones, and psychiatric sessions to teach them how to be what they aren’t.

In the early 1990s, my children were told that everyone is either bi or lesbian/gay; that no one is straight. Of course, this was the early days of that indoctrination. Silly me, I should have read the writing on the wall – it had to morph. And what were the readings of the Overton Window back then on the gender issue? The issue was pretty silent other than in relationship to the AIDS crisis.

Now our kindergarteners are groomed to think they must be in that alphabet/number/symbol soup or there must be something wrong with them. The stigma of being the sex you were born with is not to be borne. The peer pressure, the pressure from teachers who have been programmed to more than support this, all have to been so hard for children who are trying to just survive in such an upside-down world. Get your kids out of public schools; they are the factories set up to ruin our youth. What they are allowing/promoting is sick.

This is NOT about acceptance or tolerance; it is about driving people to extol the perverted lifestyle and condemn those not practicing it. Why? It is another tool to reduce the human population. If you don’t have a uterus, you aren’t going to be making babies, no matter what gender you think you are.

We have the President’s press Secretary warning Red state legislatures that they better not try to stop supposedly transgender children from harming themselves by undergoing mutilating surgeries or being psychologically messed up by shrinks pressuring them to conform to a sick and twisted falsehood.

We have a Justice Department threatening states “with legal action if they try to protect kids from groomers and demented doctors like Richard/Rachel Levine … Biden’s choice to be the country’s Number 2 health official.” [3]

The University of Tennessee Medical Center provides a slew of services for “Gender Affirming Care:

Our comprehensive team of medical experts is here to provide any adult transition-related care and support to help individuals express their own gender in a way they are comfortable with and to affirm their own gender identity.

No one can read that list and think it offers health care! It is telling people to play god with their own bodies. But it tears bodies apart; it cannot change the sex of the human in that body. It can try to alter characteristics, but a man does not birth a baby, and a woman does not impregnate a man – no matter how you change the shape of the body.

That’s not all. These are also part of what the university offers:

Services: Free Q Cards for you to fill in and give to your doctor to inform them of your name, pronouns, sexual orientation, gender identity and any topics you want to discuss with your healthcare provider. Q Card also has a tear-off panel with tips for providing sensitive care for queer and trans youth.

What to report: A bias-related incident is any act of bigotry, harassment, intimidation, coercion, or damage to property by known or unknown perpetrators that occurs on campus or within an area that impacts the UT community and which an individual can reasonably conclude is directed at a member or a group of the UT community due to that individual’s or group’s actual or perceived age, color, creed, disability, ethnicity, gender, gender identity or expression, marital status, national origin, race, religion, sexual orientation, veteran status, or any combination of these or related factors.

Commission for LGBT People at the University of Tennessee, Knoxville

The Qloset is a 100% free, queer friendly open clothing option for UT students, faculty, and staff. The Qloset has gender neutral and gender affirming clothing, shoes, and accessories, all available for browsing in a supportive environment. The Qloset is sponsored by the Trans and Nonbinary Subcommittee of the UTK Commission for LGBT People, in partnership with the Pride Center. Gently used or new donations can be dropped at the Pride Center (see address/contact above).

And what are our universities and colleges doing with this travesty? They can’t even teach our children how to be sound citizens who understand a work ethic and know enough to hold a job other than flipping burgers. They have no business perverting the students. Yes, I know that is what Thomas Dewey, the Frankfurt School, Horace Mann and the rest of the Marxist cabal set up our education system to do – along with dumbing down the kids, imbuing them with Socialism, communitarianism — and technocracy for the one’s with any gray matter left in their skulls. What about indiscriminate free speech, the right to property?

Today’s students are being indoctrinated, not educated. May parents wake up and realize that they know their children better than the Marxists in our so-called education system and that being a tomboy doesn’t make a girl a boy in a female body. Parents need to protect their children from this and not allow people with a sick and twisted agenda to orchestrate their lives.