Jake Jacobs
I smell a rat! ObamaCare and The Supreme Court

July 3, 2012
Patrick Henry is purported to have responded to an invitation to attend the 1787 Constitutional Convention with the retort, "I smell a rat!" Henry did not say this as a radical anarchist who hated ALL government but he feared the establishment of a Federal-Central government that would abuse the God given rights of life and liberty of American citizens and violate the sovereignty of the independent States such as his beloved Virginia. Rhode Island was so concerned about Federal-Central government control over States rights they refused to send any delegates at all. 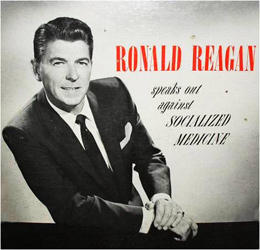 "If men were angels, no government would be necessary. If angels were to govern men, neither external nor internal controls on government would be necessary. In framing a government which is to be administered by men over men, the great difficulty lies in this: you must first enable the government to control the governed; and in the next place, oblige it to control itself." Our Founders were not naive anarchists who believe mankind could run society without any government whatsoever nor were they totalitarians who desired total government involvement in our lives from birth to death. Whether is was the Federalists or the Anti-Federalists all of America's Founders believed some Government was but "a necessary evil. " However our great Founder George Washington wisely warned us that, "Government is not reason; it is not eloquent; it is force. Like fire, it is a dangerous servant and a fearful master."

The ever present question that has haunted mankind from time immemorial is: how much government, how much "force" is enough to protect our God given rights of life and liberty and yet not to much "fire" to enslave us?

I am profoundly concerned that socialist President Barack Obama, along with the Progressives, Socialists and Democrats in Congress and in the Supreme Court have set on fire the original intent of our Constitution and are destroying our wonderful constitutional Republic under God! They MUST be stopped before it is too late. Patrick Henry who gave us his great "give me liberty or give me death" speech was so concerned about the potential for the Central government to abuse the people, that he led the opposition in 1788 for 23 days in the Virginia Assembly to stop the ratification of the Constitution. Henry declared, "Show me that age and country where the rights and liberties of the people were placed on the sole chance of their rulers being good men, without a consequent loss of liberty! I say that the loss of that dearest privilege has ever followed, with absolute certainty, every such mad attempt." Patrick Henry along with George Mason, Edmund Randolph, Richard Henry Lee, Elbridge Gerry and Samuel Adams were concerned about not only the potential for a distant Central government usurping State Sovereignty, they also worried about the efficacy of a distant bureaucratic government not knowing the will of a people far away from home and being unaware of the unique nature of a State's local problems and situations. Our Founders stressed that the key to a successful limited republican form of government was local control, local accountability, and local involvement of citizens who would make their communities, cities, towns and villages peaceful, successful and harmonious. Our Founders understood that a Central government's propensity was to expand and grow has they established an entrenched elite bureaucratic central planning class that arrogantly believed they knew what was best for all people, all situations, all circumstances, in all the States. Our Founders also recognized that as this arrogant "all-knowing mindset" would feed the fire of the expansion of the Central government as individual citizen's consent diminished and Federal force was utilized to mandate its will upon the people.

While the Federal governments path was theoretically paved with "good intentions" our Founders argued for an eternal vigilance against the machinations and machinery of any Central government that if not checked would be the road to serfdom and servitude. Fortunately the Anti-Federalists were responsible for the establishment of the Bill of Rights, as they demanded that our God given rights be protected from the long arm of the Central government.

With the recent Supreme Court decision to allow the so called "constitutionality" of Obama Care I have been alarmed by the warnings of Patrick Henry and the Anti-Federalists of the ubiquitous long arm and lying tongue of the Central government in more and more ways in our lives and it must be stopped! It was George Orwell who astutely observed, "In time of universal deceit, telling the truth becomes a revolutionary act" and now we American Patriots must act revolutionary by proclaiming the truth about the lies perpetuated by Obama's universal health care henchmen as they pervert the normal use of language in an attempt to fool the American people. By now we all know in lying Clintonian manner President Obama looked into the camera of ABC News and told George Stephanopoulos that his Socialized Health Care Plan was NOT a Tax then with full deceptive legal strategy he had his lawyers argue before the Supreme Court that it is was a tax! Obama and his administration's blatant lying and deception should not surprise us as I have previously written that Obama's Harvard Law School education taught him Critical Legal Theory, which denies God's absolute truth and is driven by relativism, pragmatism and a communistic mode of operation. Thus they not only have a hatred for the original intent of America's Founders and God's Law but for our Republic under God. Remember their goal is to fundamentally transform America and they are well on their way. On July 1, 2012, when White House Chief of Staff Jack Lew was interviewed on ABC's This Week by George Stephanopoulos, Lew in Obamian lying fashion looked right into the camera and said over and over again Obama Care is not a Tax and that it doesn't matter what word Chief Justice Roberts used. Stephanopoulos, millions of Americas and I look on with incredulity as I remembered the haunting words of Humpty Dumpty in Alice in Wonderland when he laughingly said "When I use a word, it means exactly what I mean it to mean, no more and no less." As President Obama distorts the meaning of words through universal lying and deceit he destroys our life and liberty!

Yes we have problems with Health Care in America that need to be addressed with sound free enterprise solutions with limited government involvement. The last thing America needs and Americans want is Obama Care a behemoth-colossal monstrosity sloppily slapped together by progressives, socialists, Democrats and Barack Obama in 2009.

If I were alive in 1859 when the Supreme Court ruled in Ableman v. Booth that the 1850 Fugitive Slave Act was constitutional I would have disobeyed that unjust law and decision. Just because the Supreme Court rules a certain way doesn't mean it is just and moral. Obama Care will continue to murder innocent life in the mother's womb as his administration uses immoral mandates to justify unjust means. Even Martin Luther King argued for life and civil disobedience against the government in many of his speeches and writing's. We should immediately and vociferously encourage our State legislators and Governors to nullify Obama's Federal Health Care law.

Thomas Jefferson gave this sound advice on Supreme Court Judges: "to consider the judges as the ultimate arbiters of all constitutional questions; a very dangerous doctrine indeed, and one which would place us under the despotism of an oligarchy... The Constitution has erected no such single tribunal." Americans must be ready to stand up for truth, life, all of life and the liberty we hold so dear to our hearts. Ronald Reagan use to say over and over again "Man is not free, unless government is limited" Obama Care and Obama's government is not limited, it is growing, regulating and spending at an alarming rate thus making our freedoms and liberties limited. I am seriously suspicious and concerned about Obama's socialism. Patrick Henry understood that tendency and nature of Central government was to live for itself not its citizens. Henry understood that Central governments throughout history utilize rhetorical demagoguery as an imaginary path to heaven when all along it was not only the road to serfdom and servitude but to slavery, death and ruin of the American way. We must fight as Patrick Henry and our Founders fought!

I close with Henry's warning from long ago "Suspicion is a virtue as long as its object is the public good, and as long as it stays within proper bounds. ... Guard with jealous attention the public liberty. Suspect everyone who approaches that jewel. Unfortunately, nothing will preserve it but downright force. Whenever you give up that force, you are inevitably ruined." Citizens of this great land do not sit ideally by as your country dies, awake to the cause that calls for your soul to defend the soul of our great Republic!