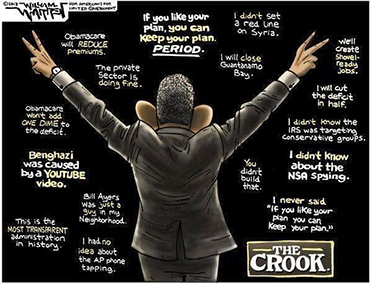 It was forty years ago this day on August 9, 1974 that "I am not a crook" Richard Nixon resigned for the first and only time in American history from the Presidency of the United States. I moved to Arizona a few days later to attend Arizona State University and it was the talk of the campus. The Professors of the History and Political Science departments were elated that "the lying crook" Nixon was finally gone. Three weeks before Nixon's resignation I attended a Crosby, Stills, Nash & Young concert in Milwaukee, Wisconsin and when they came out playing their song Ohio with heavy guitars blasting and singing "Tin Soldiers and Nixon coming" all 50,000 of us went "Nuts" as many in the crowd were yelling "Impeach! Impeach!" I have to admit as a liberal Democrat back then I was not a fan of Richard Nixon and today as a Reagan Conservative I'm still not a fan.

Back then the Media and Academia, under the influence of JFK & RFK's Presidential campaigner and famous Liberal historian Arthur Schlesinger, were very successful in portraying Richard Nixon as an "Imperial President" and as one of THE most corrupt Presidents in history. As a history major at ASU my Liberal Professors greatly influenced me and I bought almost all their propaganda. It's not that they were totally wrong about some of Nixon's wrong doings but their Liberal political worldview prevented them from presenting a balanced analysis of Richard Nixon's presidency.

On Aug. 15, 1971, in a nationally televised address, Nixon announced, "I am today ordering a freeze on all prices and wages throughout the United States." Ironically, Nixon's big government actions also helped solidify an awakened libertarian movement frustrated with the growing Republican-Democrat Welfare State. Rep. Ron Paul (R-Texas) recalled in 2001 "I remember the day very clearly... Nixon's actions of Aug. 15, 1971, drove me into politics. The Republican Richard "I am now a Keynesian in economics" Nixon was responsible for some very un-republican big government actions. Allan Wendt in the Washington Post summarizes Nixon very well by stating: 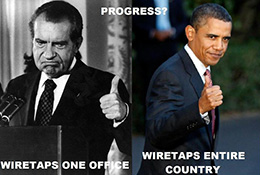 During an interview with "O'Reilly Factor's" Bill O'Reilly, President Barack Obama denied being the most liberal president in U.S. history by saying, "In a lot of ways, Richard Nixon was more liberal than I was."

While Richard Milhous Nixon was not an authentic Conservative who practiced the Republican Party Platform he was NOT more Liberal that Barack Hussein Obama. Barack Obama has broken the liberal mold on that claim! He was elected in 2008 as THE most Liberal, Left-Wing Progressive Senator in Washington D.C. and he has admirably lived up to his Big government profile. From spending and taxing trillions to Obamacare and Welfare explosion to entitlements and amnesty for millions of illegals Obama makes Richard Nixon look like Calvin Coolidge.

Attorney Ben Shapiro's brilliant book The People vs. Barack Obama: The Criminal Case Against The Obama Administration chronicles that "Barack Obama's administration has become a labyrinth of corruption and overreach touching every aspect of Americans' lives. From the DOJ to the NSA, from the EPA to the Department of Health and Human Services... the Obama administration is a regime motivated by pure, unbridled power full of scandals that has led to dozens of instances of as-yet-unprosecuted counts of espionage, involuntary manslaughter, violation of internal revenue laws, bribery, and obstruction of justice."

The story of the Obama administration is a sordid saga of abuse, corruption and lying on a scale rarely if ever experience from the White House. 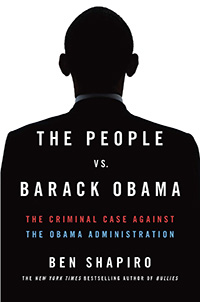 Ben Shapiro is spot on when he writes, "President Obama may be the culmination of a century of government growth – but more important, he is the apotheosis of the imperial presidency"

On this 40th anniversary of Richard Nixon's resignation Mr. President I am dejected knowing that's thanks to your elite media and academia sycophants and your unconstitutional control of the DOJ you will never be impeached and your progressive arrogance will cause you to continue on your corrupt-destructive path until High Noon, January 20, 2017. 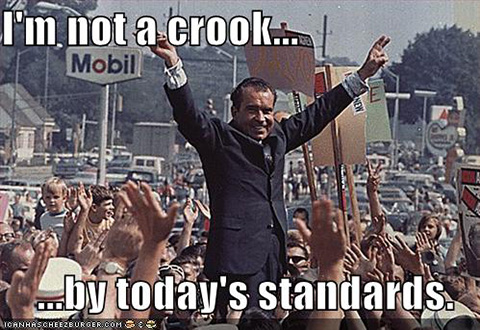