November 22, 2015
As we approach our Christian holiday of Thanksgiving, I reflect on my favorite Norman Rockwell painting from the cover of the Saturday Evening POST magazine for Thanksgiving 1943. Many American GI's died on the soil of Italy liberating Italians from the oppression of Nazism. When you look at the young "liberated" Italian girl, you see her praying, as we imagine she is thanking God for her food and freedom. We see in Rockwell's classic painting a GI's canteen kit and a US Army Sargent's jacket wrapped around this young Italian girl, symbolizing America's sacrifice, generosity and commitment to Liberty around the world!

The motto of the US Army Special forces is, "DE OPPRESSO LIBRE" or to free/liberate the oppressed.

That motto is the personification of the Liberating Spirit that makes the soul of America and Patriotic Americans, exceptional. THANK YOU, U.S. Armed Forces, for helping make our Republic exceptional and a shining city upon a hill!!!! 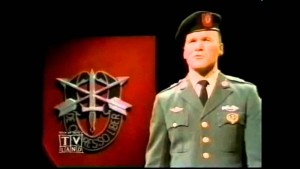 Another classic painting related to Thanksgiving is, "The Pilgrims Going to Church," by George H. Boughton, 1867. In Houghton's "Hudson River School" style painting you see Pilgrims carrying guns and Geneva Bibles on the way to Church.

To quote the 1599 Geneva Bible website, "When the Pilgrims arrived in the New World in 1620, they brought along supplies, a consuming passion to advance the Kingdom of Christ, and the Word of God. Clearly, their most precious cargo was the Bible – specifically, the 1599 Geneva Bible. All but forgotten in our day, this version of the Bible was the most widely read and influential English Bible of the sixteenth and seventeenth centuries. A superb translation, it was the product of the best Protestant scholars of the day and became the Bible of choice for many of the greatest writers and thinkers of that time. Men such as William Shakespeare, John Bunyan, and John Milton used the Geneva Bible in their writings. William Bradford also cited the Geneva Bible in his famous book Of Plymouth Plantation." 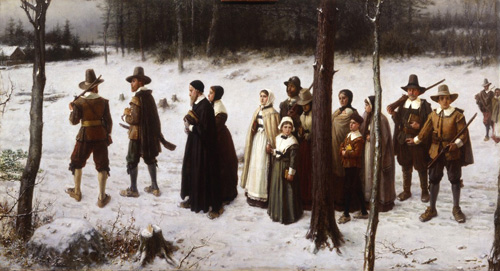 Boughton's painting represents the Biblical roots of our Republic's 1st & 2nd Amendments to our glorious Constitution: The Freedom of Religion and "the right of the people to keep and bear Arms," for the protection of family and property. Those 2 primary rights have been the fundamental foundation of our great Nation. If they ever go, so goes America.

This Thanksgiving, let us be Thankful to Almighty God, for our abundant Blessings in a thousand different ways and let us remember our LORD, called the the Supreme Judge of the World, in the Declaration of Independence, who gives us Life and Liberty through His grace...

...may we be vigilant to preserve those gifts given to us by our Creator. 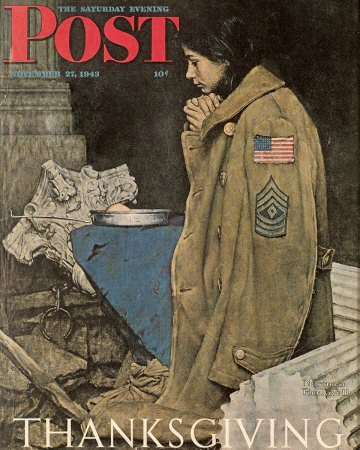