June 4, 2012
In an article entitled "The end of the republic?" professor Walter Williams traces the root of America's probably impending financial collapse to "a tragedy of the commons." That's a "set of circumstances when something is commonly owned and individuals acting rationally in their own self-interest produce a set of results that are inimical to everyone's long-term interest."

Looking at the federal government budget as such a commons, professor Williams observes that politicians want to "get as much out of the federal budget as possible for their constituents." He laments the fact that, though some may see the financial ruin that must result from ever-increasing spending and indebtedness, as individuals lawmakers have little or nothing to gain by refusing to accept any portion of the spending that appears to benefit their constituents.

Though at first glance this tragedy appears to arise from some inherent contradiction in the rationality of self-interest, further reflection suggests the possibility that it has more to do with an irrational understanding of the "self." Rationality is all about relationship, as in the ratio that fully expresses the unity of a whole number. Except for our ability to see ourselves in relation to others (human and non-human), we would have no self of which to be conscious, no ability to conceive of ourselves as such. 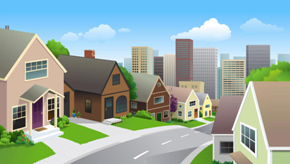 In light of the ironic interdependency between each identifiably human individual and the concept of humanity, can our self-conception exist apart from that of humanity? The individual whole is inconceivable except as an instance of the wholeness that constitutes its individuality. (Except we know each one individually, we cannot conceive the wholeness of any number made up of those individuals. I cannot see the number 2 as such without seeing, as an individual whole, the ones that comprise it.) But without conceiving of myself, I cannot take interest in my "self." I therefore have no "self-interest." In that event, the so-called "tragedy of the commons" would be no tragedy at all, but a self-extinguishing fabrication.

It appears, then, that the self-consciousness which is one of the distinguishing features of our humanity imparts a correspondingly distinctive quality to human community, so that it cannot exist as such without reference to a conception of humanity that transcends all individuals, and which transcends them precisely because they cannot, without reference to it, conceive of themselves as such.

Except we know ourselves as human, we cannot know ourselves at all. Except, as individuals, we live with some regard for that which constitutes the distinctiveness of our humanity, we do not live as human beings at all. Except we act with due regard for what preserves the distinctiveness of all humanity, we cannot conceive of, much less preserve, the whole that comprises the focal point of our distinct self-interest as individuals.

Because the tragedy of the commons is rooted in an understanding of self-interest that ignores the essential relationship between the individual human being and the whole of humanity as such, it does not result from a contradiction in the rationality of self-interest. Rather it arises from an irrational understanding of "self," one that ignores the requirements of our conscious existence as individuals, which is to say, our nature as human beings.

Why has America abandoned this understanding of the common good? Not because common people demand it, but because morally and intellectually corrupted elites have grown impatient with the constraints it places upon them. The tragedy of our time is not about the commons, but about the resurgence, among America's elites, of an untrammeled passion for power and rulership over the commons. They should seek (as America's founders did) the sacred honor that looks to God and may be shared by all people of good conscience. But this is not enough to satisfy their predatory, vainglorious passions. Unable to improve upon the unparalleled success Americans have achieved as a free people, they now seek the shibboleth that beguiled all the conquerors and oppressors of liberty before them — the contemptible glory of destroying a great republic, a work of the whole people which they lack the faith, character, and competence to help conserve.