As a people, we have passed through almost 52 years since a wondrous event took place, the realization of American scientific ingenuity and genius which gave the United States the great gift of landing two American astronauts safely upon the surface of the Moon. 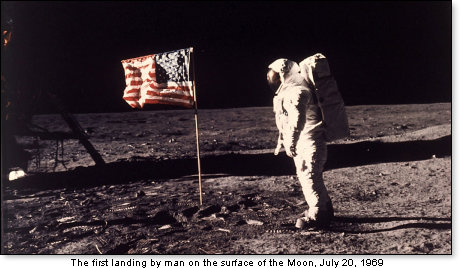 On this coming July 20th, 2021 it will be 52 years since that awesome date in the history of mankind. But it is also a source of sad retreat for humanity, for since that great leap of brilliance that awed the world, only ten other Americans after Buzz Aldrin and Neal Armstrong have stood upon the surface of our moon. In addition, America, is now facing an onslaught from the Left which is creating in the indoctrinated minds of too many members of the young generation a hatred of America’s founding history and of our very own Constitution.

I was talking with my daughter some days ago and remembering the time when much of the world was watching the TV screens as Armstrong and Aldrin stepped onto the moon’s surface. My daughter, however, could not see the pictures because she was being born at that very moment in a hospital in southern England. If she had been a boy, my wife and I had planned to name the child, Lem, after the acronym for the famous Lunar Excursion Module. Fortunately for my daughter, that dubious fate was avoided.

But back to a time when a vigorous young president had once summoned us to the new frontier of Space. President Kennedy had called the Apollo 11 voyage, “the most hazardous, dangerous and greatest adventure on which man has ever embarked.” Fast forward nearly 52 years to today and we have entered a period in the United States of growing and pervasive Socialist gloom.

Elections certainly have consequences and after denying electoral victory to President Trump under very suspicious circumstances we are now far from where the once glittering hopes for future exploration on the moon permeated American consciousness. Now we have large numbers within the population consumed not by space exploration but by gender confusion, wokeness, and the perverse cancel culture.

Slowly and perceptibly we passed through a succession of presidents until reaching Bureiq Hussein Obama, to spell his part Arabic and part African name. This president expressed none of the enthusiasm for the space exploration of his predecessors, instead he subverted the National Aeronautical and Space Agency (NASA) into an organization devoted to making Muslims feel good about themselves.

No president, other than Obama, ever told his NASA chief that the agency’s “foremost” goal was to improve relations with the Muslim world and make Muslims “feel good.” Needless to say, the idea that Obama wanted NASA – the illustrious space agency of the greatest nation on earth – to focus its energies on making Muslims “feel good” didn’t go over very well.

The National Aeronautical and Space Agency is supposed to be above politics. Obama forced it to be subservient to both politics and Islam. What will Biden and his radical handlers now do? I shudder to think.

But thankfully we still have good reason to at least remain proud of NASA, freed as it is from Obama’s malign influence.

Perseverance, the name of the Curiosity Rover, which landed so magnificently and accurately into a crater on the planet Mars, is a return to the brilliance and genius of Apollo 11. Indeed, NASA’s Chief Engineer, Adam Steltzner, called the first pictures from Perseverance, “iconic.” He said the very first image was comparable to the shot of Apollo 11 astronaut Buzz Aldrin standing on the moon in 1969, or of the Voyager 1 probe’s images of Saturn in 1980. 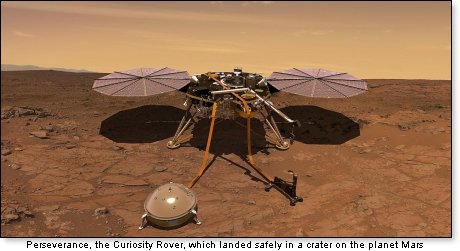 Some people have asked why go back to the moon? The answer has been that any technological return is a bonus. As President Kennedy once said. “ We go for the continuing glory of it and for its immense possibilities, not because they are easy, but because they are hard.”

When next it is night time, why not go outside and look up at that familiar, but oh so mysterious, moon. On it are exactly 12 sets of human footprints – untouched, unchanged and, for nearly 52 years, abandoned. That by itself is so sad.

The good news, however, is that NASA last year initially targeted 2028 for the first crewed lunar landing since the Apollo days. But this past March, Vice President Mike Pence instructed NASA to get it done by 2024.

The cognitively frail President Biden and his extremist handlers are already imposing harm on every aspect of American life as the new Democrat/Socialist administration wastes trillions of tax payer dollars and makes the United States a laughing stock to our enemies and a source of deep concern to our few remaining allies. The dead hand of Socialism enforces draconian and radical ideological demands upon us in these first weeks and months of the Biden/Harris insanity.

But back to the good news. NASA has completed a successful static-fire test for the new rocket that will enable the planned Artemis program to eventually take astronauts to both the Moon, Mars and beyond.

When Vice President Mike Pence, during those waning days of the magnificent Trump presidency pushed NASA to return to the Moon by 2024, he created one more testament to the Trump Administration’s patriotic record of continuing America’s great gift to humanity.

Victor Sharpe is a prolific and freelance conservative writer. He is the author of seven published books including two that contain many of his much admired short stories. He is also the author of the acclaimed four volume work titled, Politicide, which details the 1,400 year old Islamic threat to Judeo-Christian civilization.