Calamity Jane was a frontier heroine in the mid-19th century who during an uprising in 1872, saved a Captain Egan from certain death, whereupon he told her: "I name you Calamity Jane, the heroine of the plains."

This is in stark contrast to Kalamity Kamala of 21st century America, who would accelerate the downfall of our democratic republic in the unlikely event of a Biden-Kalamity win on November 3rd. 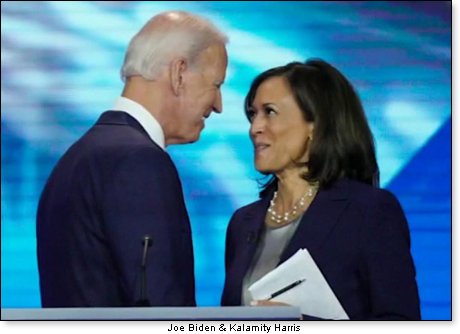 Why? Because Biden and Kalamity are promising to resurrect the failed policies of the Obama years, and inflict even more damage on America the Beautiful.

According to author and television host Mark Levin, although the media are rushing to portray Californias junior senator as a moderate, nothing could be further from the truth.

She is the most extremist radical politician ever to run for high office in the U.S.A., Levin states, even farther left than 97% of the Democrats in the U.S. Senate, even left of avowed Marxist Democratic socialist Bernie Sanders.

When it comes to support for Jewish issues in America, as well as support for Israel, Daniel Greenfield, in his powerful article The Democrat Party is Getting Rid of Jews, has a warning:

Obama and Harris both signed off on Irans nuclear program and the flow of money to terrorists. In addition, While Harris has been depicted as a moderate, her chief of staff, Karine Jean-Pierre, was the national spokeswoman and senior adviser for MoveOn, the radical group [with] a long history of trafficking in anti-Semitism and attacking the Jewish State.

And, Greenfield reminds us, Kalamity Kamala is a full-throated supporter of the virulently anti-Semitic members of the so-called SquadRep. Ihlan Omar (D-MN), Rep. Rashida Tlaib (D-MI), Rep. Ayanna Pressley (D-MA), Rep. Alexandria Ocasio-Cortez (D-NY), and all the others who avidly support both the Boycott-Divest-Sanction (BDS) movement to destroy Israel economically and to deny foreign aid to Americas staunchest ally in the Middle East.

In a chilling but all-too-credible warning, Greenfield says that Jewish Democrats who imagine that Israel is the problem are about to learn theyre the problem.

CENSORSHIP TO THE RESCUE

Clearly, the Democrat Party poohbahs recognize the liability Kalamity Kamala poses to a November victory and so, according to reporter Andrew Stiles of the Washington Free Beacon, an active campaign involving Democrat Party operatives like Obama handler Valerie Jarrett, Regressive activists, and all of the predictable media whores are declaring that any criticism of her be off limits.

The long list of words the media is forbidden to use include, among others: ambitious, angry, unlikeable, and unqualified. Dont report on the heritage of non-white candidates is another directive, and dont publish unflattering images.

And to anyone who does these sinful things, the self-appointed guardians of the Biden-Kalamity Censorship Committee are advised to use the magic formula: Cry racistand then throw in sexist!

All of us can see the pitiful cognitive decline of Mr. Biden. But wasnt Kamala chosen to cover for him, to be his pit bull, to prove to people she was capable of taking her seat in the Oval Officeunfortunately when and not if Bidens rapid decline continues?

Now this committee is telling us that the entire Biden-Kalamity ticket is so vulnerable, indeed fragile, that it cannot withstand legitimate criticism, probing policy, and personal questions, and what most of the country continues to cherish as a bedrock American value: Free Speech!

These are todays Democratscamouflage the ailing and failing and prettify the ambitious, angry, unlikeable and unqualifiedor else!

Yet, laughably, Democrats continue to entertain the conceit that they are tolerant.

A THANK YOU IS IN ORDER

Actually, the Biden-Kalamity Censorship Committee has precedent. In 2007, a leftwing journalist named Ezra Klein formed a group called JournOlist which consisted of 400 equally leftist journalists, ostensibly to discuss politics but in fact to insult, degrade, vilify, marginalize, and generally try to destroy anyone who disagreed with their largely radical points of view. 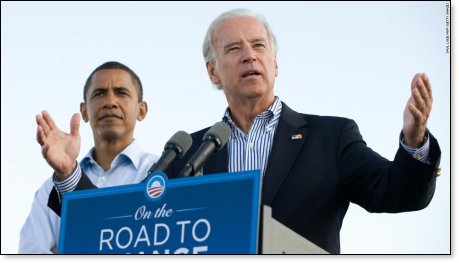 The O stood for the man then ascending in the political world who two years later would find himself at the pinnacle of power in the White House. One of JournOlists first tasks was to savage anyone who questioned Mr. Obamas viciously anti-American and anti-Semitic pastor of 20 years, Rev. Jeremiah Wright. Their magic formula was to call anyone who said or wrote anything negative about Obama a racist.

JournOlist members continued to hurl racist accusations at Obamas critics for eight long years. What Americans learned from those overwhelmingly false charges was that weak and insecure people cave when people called them names, but strong and confident people see the accusations for what they aretransparent attempts to intimidate them into silence.

Multimillions of Americans, including me, have to thank the JournOlist strategy because it succeeded in bringing to America the quintessentially strong and confident leaderPresident Donald J. Trumpwho in less than four years has truly transformed our country into a flourishing democratic republic.

Why is that relevant today? Because President Trump recognizes that in every law, policy, philosophy, deal, and strategy that Obama employed, VP Biden was right by his side, supporting every action and touting it enthusiastically on his globetrotting travels. And worse, with far-far left Kalamity Kamala now by his side, Bidens plan to resurrect Obamas policies would be even more extreme. 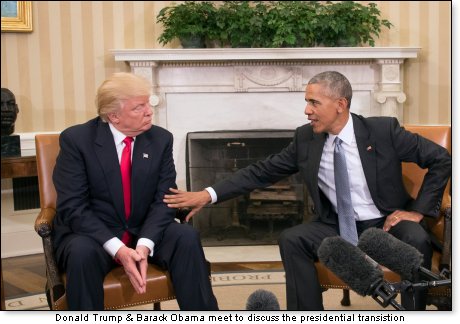 Keep that in mind when you read this brief review of what Barack Obama inflicted on our country and what President Trump fixed:

But Kalamity Kamala is only a Vice Presidential candidate, you may say. Its the President who formulates the policies, determines the direction of our nation, and makes the decisions. Why such a brouhaha about her?

It is not only because candidate Bidens handlers have succeeded in moving the once-vital politician to the far left, but because the far-far left is where Kalamity Kamala lives.

In a lacerating profile of Kalamity Kamala, journalist Ixtu Diaz says that after reading thousands of pages about her, it's clear Kamala is a woman who boasts of instilling fear in her opponents, who despises individual freedom, and who rages at half the planet for being men or for not thinking like her.

But lets not fool ourselves, Diaz continues, Kamala wont be Bidens VP. Biden will be Kamalas president only if she gets up in a good enough mood to give him permission. She has two big things going for her: that she is a woman and that she is blacka truly extraordinary feat that has never been accomplished by anyone before" in regard to the nation's highest office. 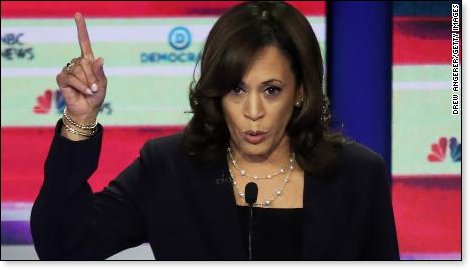 She certainly deserves an award, although perhaps the vice presidency of a government without a president is excessive.

Now that would be a true calamity!