What is it about good-looking, brainy, articulate, even charismatic peopleparticularly if theyre in the public eyethat makes them so vulnerable to the self-destroying over-confidence and arrogance known as "hubris"? 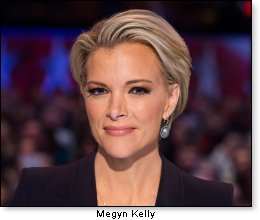 Who can forget when the beauteous, brash, and brilliant Megyn Kelly blazed like a shooting star on Fox News, used her background as a former practicing attorney to conduct piercing and revelatory interviews; showcased enough magnetism to, as my mother used to say, charm a bird off a tree; and entranced the show-business and tabloid worlds with her romance and marriage to a rich and handsome businessman-cum-author and then give birth to three adorable children?

In the feminist-invented world of having it all, Kelly certainly fit the profile.

THE ESCALATOR WENT DOWN 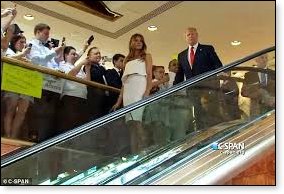 And so did Kelly! As soon as the business mogul and TV star Donald Trump descended on the escalator in the eponymously-named Trump Tower with his gorgeous wife Melania in June of 2015 and announced his candidacy for the presidency of the United States of America, every media person in every outlet in the world salivated at the chance of interviewing the billionaire builder.

But nothing would reveal the Real Donald Trump as much as the TV debates in which no less than 16 Republican candidates participatedall of them with the formidable political credentials that the businessman-candidate lacked.

CHANCE OF A LIFETIME

And who got the plum assignment to host the first Republican debate? None other than Foxs "it girl" Megyn Kelly. I remember vividly how Kelly tantalized her audience with explosive things to comerolling her hands, her eyes glisteningas she invited people to see what they had never ever seen before.

And she delivered! Right out of the gate, she accused candidate Trump of being abusive to women.

Uh oh. Wrong question to the wrong target. Did fledgling TV starlet Kelly really think she was more seasoned in media savvy than the guy who hosted two TV showsThe Apprentice and Celebrity Apprenticethat ran at the top of the ratings for over 14 years?

At the first debate, Trump destroyed two entitiesall of his opponents and Megyn Kelly!

Yes, this clever species likes to be paid the Big Bucks, but yoo hoo Missy.where do you think that money comes from? It comes from We the People tuning into this or that TV or radio station or internet site, and if the numbers are good, the advertising increases and it is that advertising money that pays your overpaid salaries!

Which brings me to an egghead like Tucker Carlson who may understand capitalism but clearly does not understand the power of We the People.

Since November 2016, Carlson has hosted an 8 p.m. show on Fox. In fact, in July 2020, he broke the record for highest-rated program in U.S. cable news history, garnering an average nightly audience of 4.33 million viewers.

Typically, his show features a monologue of provocative political commentary which cites numerous examples of leftist hypocrisy and challengeswith a high degree of empiricismsuch sacred cows of leftism as global warming, open borders, and mail-in voting. He also interviews numerous experts to either affirm or argue with his own political opinions.

So how did this media starjust like Megyn Kellycrash and burn?

When Tucker Carlson recently attacked attorney Sidney Powell, who was initially on the Trump legal team but is now independently pursuing justice for the president for the massive voter fraud that has put his re-election in question, We the People immediately suspected that Fox management had ordered Carlson to sing their leftist song. 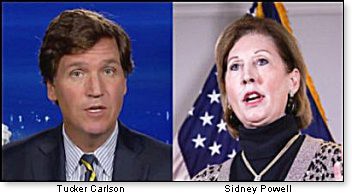 If so, Tucker obediently complied, evincing the arrogant conceit that attorney Powell should reveal to hima Fox News employee, a dispensable employeethe complex proof of voter fraud that she planned to take before a judge (or several judges) in perhaps the most consequential legal case in American history.

And when she didnt answer his preposterous and presumptuous request to appear on his show and do so, he had a verbal temper tantrum, acting indefensibly rude and obnoxiously antagonistic to one of the most seasoned and respected lawyers in our country.

While most Republicans and conservatives were so disgusted with Foxs dishonest coverage of the electioncalling Arizona for Biden with hundreds of thousands of votes yet to be counted and failing to ask even one question about the unprecedented shutdown for three hours of voting tallies in the swing states of Ohio, Florida, Virginia, Colorado, Wisconsin, Michigan, and Georgiathey quit Fox and went to Newsmax TV and One America News Network (OANN).

But people like me and many others stayed with Fox solely because of commentators like Tucker Carlson and Mr. Rock-Ribbed Conservative himself, Sean Hannity. 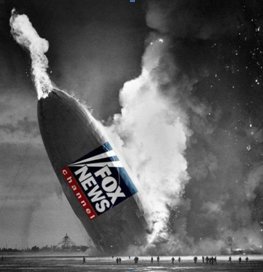 However, when we witnessed Tuckers shameful behavior toward Sidney Powell, the rest of We the People immediately and instantly and with no regrets whatsoever left Fox FOREVER! With, by the way, a Good Riddance to Mr. Smarty Pants!

And we were not alone. According to Jim Hofts unerring reportage, after Foxs election-night coverage, Fox News crashed to such a degree that their viewership was cut by 50 percent in three weeks! 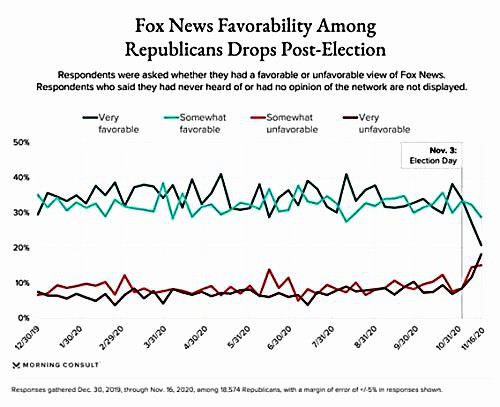 In 1983 there were 50 media companies, but today only six organizations are responsible for over 90 percent of all the news we read, watch, and listen to! Five of the CEOs of these multibillion-dollar businesses are longtime leftist globalists, and the sixth, the only conservative, was Rupert Murdoch (Fox, Wall Street Journal, NY Post), who a few years ago gave control of his empire to his leftist sons Lachlan and James.

For decades, these business titans have made massive financial investments in the global economy, thanks to the influence of leftist con men and women who thrive on and denounce capitalism at the same timethe Clintons and Obama & Co., the Chinese Communist Party, the tin-pot dictators and America-haters of the United Nations, and the leftist billionaireswho convinced these elites that America was on the decline and that the open-borders, one-world-government crowd was in imminent ascendance.

Then Donald Trump happened and all that one-world baloney vanished overnight. 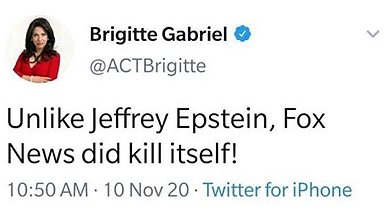 Since Trump took office, the globalists have done two things:

Why? Because the ratings for their devolving shows spiked with his election, as did the money that lined their pockets!

The always astute Daniel Greenfield elaborated on this phenomenon:

The media spent eight years declining into irrelevance under Obama. Even before Trump, Obama had bypassed the media for social media. The big stories were fed to the press by Obama cronies like Ben Rhodes or hidden-hand political smear shops like Fusion GPS.

Trump revived the media. [His] end-year remarks to the New York Times acerbically summed up his relationship with the media. 'Im going to win another four yearsbecause newspapers, television, all forms of media will tank if Im not there. The answering outburst of rage and contempt from the media burned all the hotter because the statement was not only intentionally provocative; it was also true.

Trumps greatest trick was forcing [the media] to get in the ring with him. Thats always been his trick for defeating his opponents.

The medias Trump rage ended Hillarys career, put a Republican in the White House, pulled us out of the Paris Climate Accords, brought in the Muslim travel ban, recognized Jerusalem and did all the other things the media wails about every second of the day. And the media helped make them happen.

If the globally-coordinated, massively-funded, treasonously-conceived coup the leftists have been working on for the past five years succeeds, conservative patriots can be assured that President Trump will create a media company that overnight will have 80 million paid subscribers who will, finally, breakactually destroythe malevolent, dishonest, and immorally anti-American media that has contaminated our airways for the past 100 years.

Can I hear an amen?!

But my money is onand has always been onthe Smartest Guy in the Room, President Donald J. Trump.

Starting today or tomorrow (Happy Thanksgiving everyone!), you can watch the reincarnation of the Greatest Show on Earth, ending, I trust, with the hand on the Bible on January 20th, 2021, of the re-elected President Trump! 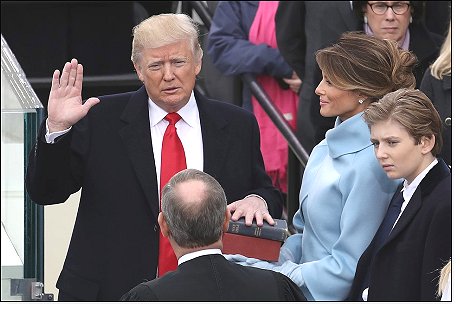