August 12, 2009
America's most sensitive military secrets will be sought even more aggressively by one of the most effective spy services in the world  Cuban intelligence. Raul Castro, general and political leader of the Communist ruled island, is beginning to move Cuba's espionage apparatus under military control, signaling greater discipline and focus  all directed against Havana's only enemy, the United States. Increased Cuban espionage will occur as the island moves to "liberalize" its tattered economy.

Christopher Simmons, director and founder of the Cuban Intelligence Research Center and an Army reserve intelligence officer, made these and other observations during an exclusive interview with International News Analysis.

Cuba's civilian espionage services, the Directorate of Intelligence has suffered a number of damaging reversals, including the breakup of the Wasp Network in 1998, the arrest in 2001 and subsequent conviction of Ana Belen Montes, and the arrest and confession in June 2009 of Walter Kendall Myers and his wife, Gwendolyn. 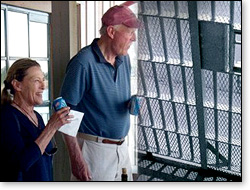 Ironically, Myers, who worked for the U.S. State Department, was also a professor at the Johns Hopkins School of Advanced International Studies, where Ana Montes studied and obtained a Masters Degree. There is speculation that Montes was recruited by Cuban intelligence at Johns Hopkins.

The pragmatic Raul will gradually transfer elements, especially younger members, of the Directorate of Intelligence into Cuba's military spy services. For less experienced operatives, Raul's military spies will use "confidence victories"  small, easily achievable tasks  to provide them a needed sense of accomplishment.

Until recently, the primary focus of Cuba's military intelligence was the interception and processing of communications. The expansion of its role into human intelligence is both a challenge and opportunity for those in charge of U.S. security.

Simmons also sees Cuba adopting important economic changes following what Cuban leaders call the "China model." Although appearing to be a real change in the economic and social conditions of a society, the "China model" is actually a cynical exercise in political manipulation. Instead of actual change, controlled capitalist-looking modifications to a national economy are used to strengthen the Communist dictatorship. China pioneered the concept, and Cuba seems, at last, ready to follow. 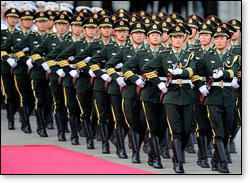 In the late 1990s, Fidel Castro visited China to observe the steps being taking to modernize the economy. The China model has resulted a financial boom which produced both Chinese millionaires and a phenomenal build-up of the Peoples Liberation Army (PLA), Navy, and Air Force.

The Cuban government is no stranger to running commercial business operations. For fifty years Havana has operated "front companies" to support its spy operations, and perform tasks ranging from supplying cover for operatives to assisting with the physical transfer of stolen technology.

After the collapse of the USSR and the end of Soviet aid to Cuba, the "front companies" became important sources of income to Havana, either because the enterprises turned an actual profit, or because they acquired information or technology other nations (primarily Russia, China, Venezuela) wanted to purchase.

Simmons observed that the "front companies" were also important means of insuring loyalty to the habitually cash-strapped Communist government. Various government officials were given a stake in a "front company." The official would be responsible for the performance of the operation, and would share in the profits.

As a result, powerful figures in the Cuban government continue to have a considerable personal financial investment in continuing a patently failing system. A combination of profit and the threat of reprisal insured a loyalty in the face of the most adverse circumstances, Simmons told International News Analysis Today. 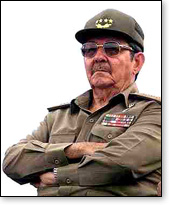 Cuba continued on this precarious path until ill health forced out Fidel Castro, and his more pragmatic brother, Raul, ascended to leadership.

The "front companies" again have espionage as their top priority, including enterprises connected with tourism, another specialty of Cuban military intelligence.

The challenge posed by the Cuban Communist regime and its spy services is made substantially more difficult because the U.S. centralized media gives every indication that it is pro-Cuban.

Rarely are Cuban spies mentioned in the centralized media, and the threat they pose is even less seldom reported.

Simmons related one incident to International News Analysis, in which he called the Washington Post after Walter and Gwendolyn Myers were arrested. Simmons wanted to inform the press of a highly successful result of U.S. counterintelligence efforts.

In October 2009, as a result of successful appeals, a federal judge will reduce the sentences of five convicted spies who were part of the Cuban Wasp Network. 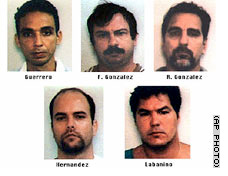 Havana regularly refers to the spies as the "Cuban Five."

One of the Wasp Network operatives who fled to Cuba, Juan Pablo Roque, abandoned a wife in the United States, whom he married only to obtain cover for his operations in the U.S.

Simmons told International News Analysis that he is in process of completing a book about the "Cuban Five" and the cold-blooded manipulation of Ana Margarita Martinez, "the spy's wife."

Simmons also informed INA that whenever the centralized media reports on the "Cuban Five," the connection of the spies with the murder of four Americans is almost never included. 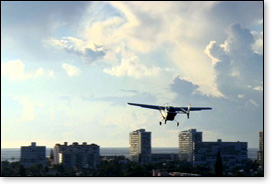 As a result of the actions of members of the Wasp Network, Cuban MiG fighters on February, 24, 1996 intercepted over international waters and destroyed two unarmed aircraft flown by the Cuban exile group, Brothers to the Rescue.

The aircraft were attempting to locate and assist refugees fleeing Cuba.

Ultimately espionage is about life and death, both of individuals and nations. Spying is a deadly business, and our counterintelligence officers deserve our admiration and public support.