October 29, 2009
While the President of the United States is equivocating over troop support in Afghanistan and reducing defense spending at home, Russian President Dmitry Medvedev is demanding greater efficiency from Russia's arms production facilities, which, he says, already produces "efficient and extremely reliable" weapons. 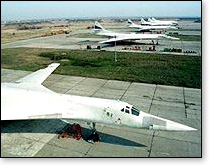 Medvedev chaired a meeting of his nations "military-industrial commission" and expressed his "dissatisfaction" with the type of projects pursued and the length of time from weapons research to production, according to a report from Itar Tass on its Internet Russian language section.

Moscow's concern about the quality and timeliness of weapons production is directed at both re-arming Russia's military and satisfying its weapons customers around the world.

Improvements in research, development, and final production, all at a reasonable price, are the prerequisites for the ultimate goal of re-arming of Russia's army and naval forces, Medvedev declared.

The message is clear: while the United States is decreasing its defense spending, and displaying indecisiveness in the face of the enemy, Medvedev and the Kremlin elite are working hard to establish Russia again as a first rate global superpower capable of projecting power across the globe to protect its interests.

How the Russian elite defines Russia's interests is demonstrated by Moscow's billion dollar arms sales to Hugo Chavez of Venezuela. 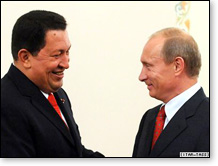 Several months ago Russian Prime Minister Vladimir Putin referred to "our good friend Chavez," during negotiations concerning the sale to Venezuela of Russian arms, including advanced tanks and possibly submarines. Chavez has already purchased 100,000 AK 103 assault rifles, one of the best small arms in the world, as well as a license to produce more of these weapons in Venezuela  all far beyond any realistic need of the Venezuelan military.

Moscow is also comfortable with the neo-Marxist ideology advocated by Chavez. During his September 2009 visit to Russia, Chavez was granted the privilege of addressing at length the students at Moscow's international university. As he spoke, Chavez praised Lenin and other Communist leaders while denouncing the United States.

The Moscow elite do not limit themselves to Chavez's brand of "21st Century Socialism," but they have also played a key role in the rapid modernization of the Chinese Communist armed forces. Russian military personnel are also once again openly operating in Cuba.

The reality is as clear as it is disturbing. 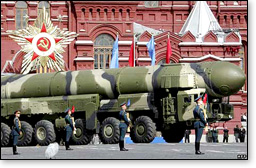 The "rearming" of Russia's land, air, and naval forces will be in the service of some form of aggressive Marxist ideology.

A small number of indicators include: Chavez's Communist rhetoric in the heart of the Russian capital, the Moscow elite's support for various Communist regimes around the world, the Russian government's rehabilitation of Communist dictator and mass murder Josef Stalin, the Russian armed forces continued use of the symbolism of the Soviet military, and the emergence of Soviet-like youth groups.

The stark reality is that there are many more instances pointing to a Russian neo-Communist revival.

It should be noted that today's neo-Communist is also an ally with fundamentalist Islam.

Now is not the time for indecision or any manifestation of weakness. It is time for a cold, hard look at the world around us, and to demand that the U.S. political leadership take the necessary steps to defend the nation and our God-given freedom.

THE CENTRALIZED MEDIA DOES NOT WANT YOU TO KNOW WHAT IS IN THIS BOOK: Lies, Terror, and the Rise of the Neo-Communist Empire: Origins and Direction, order from www.inatoday.com, also availble at your favorite online bookseller (locate by title).


WHAT REVIEWERS SAY: "FAST-PACED AND HIGHLY READABLE"; "PROVIDES A BROAD, ENCOMPASSING PANORAMA..."; "IF YOU ARE INTERESTED IN HOW WE GOT TO THE POINT WE ARE TODAY...THIS IS THE BOOK YOU MUST READ."