February 22, 2010
A sophisticated and almost completely unreported propaganda campaign, directed primarily against the U.S., is obscuring Moscow's role in advancing the cause of terrorism and supporting the rise of various neo-Communist states. 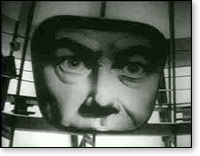 The tools which the Moscow elite use are as current as the Internet and YouTube, and their goal is as old as Lenin and the Bolsheviks.

As a result of Moscow's efforts there is uncritical acceptance that Moscow is an ally of the U.S., on the verge of meaningful democratic changes, and a valuable partner in international efforts on terror, especially regarding Iran. These beliefs are false.

a move which would make a conventional airstrike on Iranian nuclear facilities very costly, if not impossible.

There are also recent indications that Moscow may have assisted in exporting the technology behind the S-300 missile system, according to statements by Iranian military officials that Iran is developing its own version of Russia's effective anti-aircraft system. 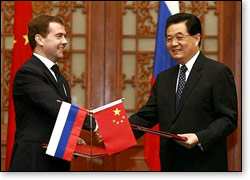 Most "experts" continue to approach Moscow as a work in progress, a regime needing only the right words to produce a responsible, peaceful actor on the world stage.

Yet, blind eyes are being turned toward a series of threatening developments to which the "experts" pay little public attention and discuss even less. These include the Moscow-Beijing military/political alliance; Moscow's aid to not only Iran but also to Syria and North Korea; and the support  even inside Russia as well as in Latin America  for the Venezuelan Marxist dictator, Hugo Chavez.

The blindness toward the Moscow ruling elite is no accident, but is carefully orchestrated and cultivated within the Kremlin itself.

As in the Soviet era, the Moscow elite are employing a multi-layered approach to internal and external political manipulation.

Coordinating these efforts is the Main Department of Domestic Politics, an "independent subunit" of Russia's presidential administration, which oversees a vast and intricate web of local governments, political parties, and think tanks.

From the Main Department, Russia's elite can both form opinion and then poll it, i.e., analyze what they have created.

These analyses of concocted public opinion, based upon manufactured information in a controlled news environment, are then fed to Western, and especially American, "experts" who then form their own assessments based upon Moscow's predetermined strategies.

These "experts" publish in learned periodicals, which are then cited by a host of journalists and pundits in front page articles and editorials across the nation.

In this way, alternative views are quickly dismissed as extreme or uninformed.

Just as Lenin in the early 20th century embraced the emerging film industry, today's Kremlin elite attempt to use the Internet (liberty.ru, and others) and You Tube to spread their propaganda.

Certain journalists have been offered money to reprint articles, and English-language websites occasionally appear which spread the targeted message of the Russian elite.

Those deemed as "experts," or who are recognized as opinion makers, receive special attention. 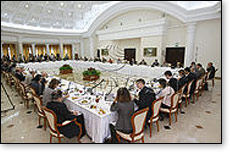 The Valdai Discussion Club, founded in 2004 by then-president Vladimir Putin, hosts annual meetings with Russian experts around the world, especially from the United States and Europe. Former ambassadors, editors and journalists from influential news organizations, and top personnel from influential think tanks, speak directly with top Russian government and business leaders and gain unique insights from these exclusive contacts.

These insights, however, are contoured to the priorities of the Moscow elite.

At the Club the food may be superb, the interchanges lively, but Moscow still pursues a course of action which destroys freedom within the Russian state and advances anti-U.S. interests around the world, from nuclear Iran to the revolution-supporting regime of Hugo Chavez.

WHAT WE CAN DO

The good news is that the blindness to Moscow's actions is self-inflicted. Becoming aware of the problem goes a long way to the cure. Armed with an accurate understanding of the forces arrayed against our nation, we can, with the force of reason, demand that our politicians protect the nation from the machinations of the Moscow elite. 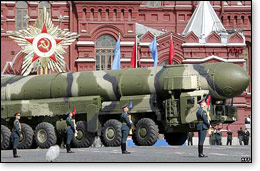 It is time to recognize that Moscow's arms production is aimed at one nation only  the United States. Moscow is developing a jet fighter to rival the Raptor, even after we stopped production of that state-of-the-art aircraft. Moscow continues to spend millions on research and development of its sub-launched ballistic missiles, improved tanks, helicopters and small arms. Even the Russian army's command and communications systems are undergoing a complete overhaul.

This modernization is directed exclusively at the U.S. Even in its dilapidated condition, the Russian army was more than a match for any nation on earth  with the sole exception of the United States. A modernized Russian military would be a rival to the U.S., especially if allied with a powerful and sophisticated Communist armed force. 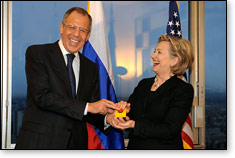 Let us now throw away the "reset" button and point out Moscow's alliances with China, Iran, Cuba, Venezuela, Syria, North Korea. Without Moscow's aid, China's military build-up would still be in its infancy instead of having grown into a rival of the now-shrinking U.S. Navy. Iran would be non-nuclear, and the dictators in Cuba, Venezuela, Syria, and North Korea would be either much more vulnerable or gone entirely.

It is time to give sight to the sightless. As with St. Paul, let the scales fall so that we no longer see "through blind eyes."