China: a dragon you can believe in
Beijing seeks real change

September 8, 2010
The four-decade long attempt to cultivate China as a capitalist friend has failed miserably. Recent advances in its military, space, and cyber technology are making China a formidable rival, and, far from joining the ranks of capitalist society, the Chinese Communist elite see their nation's financial strength as leading to world Communism. China, for this reason, is also a determined ideological opponent. 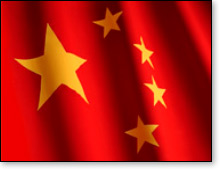 The Chinese Communists have launched a program at home to instill the values of Communism among the nation's student population, and are in the process of providing China's political science scholars with a new Chinese translation of important Marxist works. The Party line is that corporate capitalism will eventually fall to Socialism and then true Communism. Until that Utopian moment, however, the Communist Party remains firmly in control  no questions asked.

In other words, China's political elite is using its police-state muscle to guide the thinking of the future leaders of China away from the "failing" capitalist system and toward Communism's "New World Order."

For decades the prevailing wisdom has been that the collapse of the Soviet Union meant that Communist China will also evolve into a capitalist nation. The growth of a business class would inevitably lead to power sharing between business and the Communists, leading to the eventual fading away of Communist authority.

Corporate America, various think tanks, and U.S. politicians of both major political parties awaited the end of Chinese Communism and the beginning of a new era of peace and prosperity in Asia. 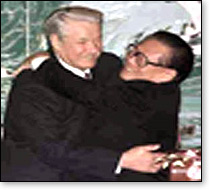 Unfortunately these hopes proved illusionary. They had no more basis in fact than the cherished hope that Russia and China were to become mortal enemies. The conventional wisdom assumed that China's growth would endanger Russia's Far East territories, which would drive Moscow into an alliance with the West and the United States. Far from regarding China as an enemy, Moscow regards China as a partner tin a "New World Order," which was first proclaimed by Boris Yeltsin and Jiang Zemin in 1997.

The belief that the West could use Beijing against Moscow goes back to the days when President Richard M. Nixon sought to "open up" China. U.S. intelligence believed that a rift existed between Russia and China which could be exploited by the U.S. Washington believed that an alliance of convenience could be established between the United States and Communist China against the Soviet Union.

None of these fondly held dreams, however, have come true. In reality, the opposite has happened.

Beijing never proved to be useful against the Soviet Union, and played no significant role in the collapse of the "Evil Empire." Instead of becoming a capitalist ally of the United States, China's growing military might is proving to be a serious challenge to America and its allies. Japan, the Philippines, the free island of Taiwan, even Communist Vietnam, are worried about China's military muscle.

Contrary to predictions, China and the "new Russia" have not only failed to show mutually hostility, but have become the closest of allies. 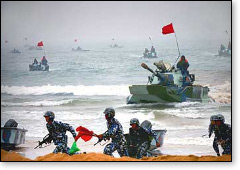 Moscow and Beijing periodically hold joint military exercises, Russian oil is scheduled to flow to China, and the two nations are working on a joint lunar program. Since the mid-1990s, Russia has been in the forefront of assisting China's vast military build-up, providing needed technology and training.

The cold reality is that the political elite of China and Russia share the same world vision.

Financing for China's military expansion has come, in large part, from the purchase in the U.S. of Chinese manufactured products.

Chinese scientists have learned their lessons well from both Russia and a cooperative West. Not only is the Chinese military becoming a formidable force, but China's cyber capabilities are now among the best in the world following the apparent success of "quantum teleportation" experiment, according to a report from the Jamestown Foundation (http://www.jamestown.org/). If the claims of Chinese scientists prove accurate, China's military may be on their way to almost totally secure data communications.

China is also actively supporting the Marxist Chavez regime in Venezuela, and continues to operate a powerful electronic listening post in Cuba.

While the advent of a nuclear Iran justifiably alarms the world, a far greater threat is looming before us, but is almost totally ignored by the broadcast media and many in our federal government. China is both a military and ideological danger to the United States. Its armed forces are growing in power and sophistication, all of which is in the service of a political dogma hostile to the governing principles of the United States and our God-given human rights.