SPIES: they have your number - so why not get theirs?

October 5, 2010
For several years, Russia, China, and Cuba have been operating their spies against the United States (and other Western nations) at Cold War levels. U.S. counterintelligence resources are stretched paper-thin in an attempt to counter the threat, but some citizens have found a way to turn the tables on those who are watching us, and International News Analysis interviewed one of the spy monitors. 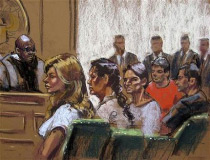 In the past several months, Russian spies were caught attempting to influence U.S. business and governmental policy, in part by working their way into the upper crust social swirl on the East Coast. During the trial of the Russian spies, a professor and his wife in Florida who spied for Cuba were sentenced to long years in Federal prison. Not long after, an engineer was nabbed by the FBI just before he could deliver stealth tech secrets to China. Most recently, a former Los Alamos scientist and his wife were apprehended in a sting operation thinking that they were selling atomic secrets to Venezuela.

We are being watched, studied, and, at times, manipulated by skilled foreign operatives, and U.S. counterintelligence efforts face serious challenges in keeping up with the spy threat.

Chris Smolinski is one of the individuals who attempts to keep track of the spies, and he operates the Spy Numbers Stations on Shortwave Radio page, which is a function of Black Cat Systems, a software production company. 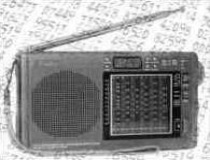 In the digital era of nearly immediate communication and super-sophisticated electronic encryption, spies still rely on the often considered passé medium of shortwave radio. Although considered by many to be an obsolete method of communication, shortwave offers what the computer cannot — anonymity.

The broadcasts can be monitored, and the direction of the signal indicates the source of the transmission, but the individual who receive the message remains unknown.

Broadcasts usually consist of sets of numbers, sent by voice or Morse code, which have meaning only to the intended listener. The use of numbers gained the term "spy numbers stations" for the broadcasting transmitters. 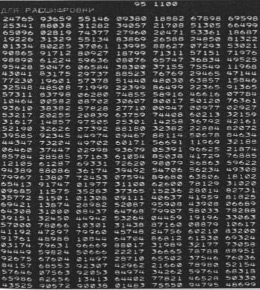 The numbers broadcasted produce an unbreakable code, because each day the key to the code changes. The system is called a "one time pad." For instance, one day the letter "a" could be the number five, the next day the number three could mean "a." There is no way to predict the meaning of the numbers when changed daily at random.

In an exclusive interview with International News Analysis, Smolinski described himself and his fellow numbers listeners as hobbyists who have invested in "high end" radio receivers and large outdoor antennas in their quest for spy numbers stations.

His "Spooks" (a slang term for spies) email list describes his goal "to create as complete a record of Spy Numbers Station transmissions as possible," and he invites other to participate by submitting "your loggings to the database, and search the database."

Smolinski and his group are associated with the ENIGMA 2000

Spy numbers stations typically broadcast at the same time using the same length of numbers, which hides any increase in activity of the spies, Smolinski said. The result is that many transmissions have no real meaning.

The transmissions, however, can indicate which spy services are placing their spies in which nations.

Smolinski stated that his group seeks to document all spy numbers stations, even those of friendly nations such as Israel and its intelligence service, the Mossad. Smolinski told INA Today that Israeli spy number broadcasts appear to be directed mostly at the Near East. The Mossad broadcasters apparently also have a sense of humor. Once a Mossad transmission in plain English wished all the listeners a "Happy New Year," Smolinski recounted.

The strongest spy numbers broadcasts come from Cuba, and are directed at the southeastern United States and Washington D.C. While not detecting any good natured transmissions, Smolinski did say that Cuban intelligence does display a penchant for fouling up its broadcasts. At times regular Radio Havana programming briefly appears on Cuban numbers station transmissions, and at other times monitors could hear the rustling of papers and barely audible vocal sounds.

Typically, spies use only small, easily concealed shortwave receivers, which can be passed off as a radio exclusively for personal amusement, Smolinski observed.

Unfortunately, most spies are not caught. They do their work undermining the United States by stealing important military information, working to turn U.S. citizens into traitors, and attempting to mold the policies of the U.S. government to the interest of foreign nations and hostile ideologies.

The spy game is one for well-trained professionals, but, in some cases, the spies targeting the citizens of the U.S. are themselves being targeted, tracked and documented by some of those same citizens.