A spyocracy and global deception

October 26, 2010
Russia, led by its "spyocracy," and China, dominated by the Communist Party, are engaged in an alliance which aids Marxist governments and movements around the world, and which extends its assistance to terrorist entities including the Islamic Republic of Iran. 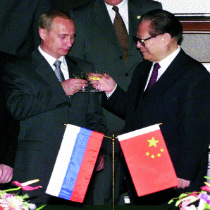 The Cheka tradition continued through the decades as the secret police and international spy services were reorganized several times, the last and most recognizable being the KGB. Even after the collapse of the Soviet Union, today's Russian intelligence officers refer to themselves as "Chekists," and are also recognized by that name in the Russian press. 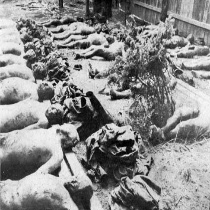 Russian president Dmitry Medvedev awarded ten of these "Chekists" who had infiltrated the United States and were later apprehended Russia's highest national honors for their services. These are the same individuals who knew the United States well — and hated it. Earlier, Prime Minister Vladimir Putin had sung with the failed spies a song which extolled Soviet Communist virtues and had been a favorite among those in the USSR's spy services.

Remarkably, however, many in top positions of influence place their trust in the "new" Russia. The Obama administration is intent on discontinuing the space shuttle program, and finds palatable making U.S. space flights dependent upon hitching rides on Russian Soyuz rockets.

The former Obama administration National Security Advisor, General James L. Jones, has expressed confidence in Moscow. In an October 5, 2010 White House press release on his trip to an international security conference in Sochi, Russia , Jones listed a number of areas in which Moscow and Washington are cooperating, including "working to prevent the spread of nuclear weapons." He went on to suggest mutual efforts in countering "transnational crime."

Jones criticized the "mutual mistrust" between Moscow and Washington prior to the present administration, and stated that Moscow is a dependable partner "on so many critical issues," echoing a position held by many not only in Washington, but also in London and in the capitals of Western Europe. 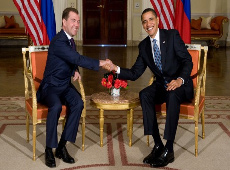 AN ALLIANCE 'SEALED IN BLOOD'

Beginning with President Richard M. Nixon's "opening of China" in the early 1970s, Western experts were convinced that China's large-scale trade with the West would inevitably lead to the end of the Communist Party's control of the nation and the birth of a capitalist, democratic society. The growing power of China would also force Moscow to forge a close alliance with the West and also strengthen democratic reforms in Russia.

The experts were wrong. 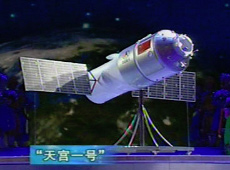 Instead of becoming more democratic, China has gone from a backward police state to a sophisticated totalitarian nation. The Chinese military, answerable to the Communist Party and not the Chinese state, is now frightening its neighbors and inspiring an Asia-Pacific arms race. The strength of China's armed forces is now beginning to rival the United States, its military-oriented technological capabilities are rising to world-class status. U.S. cyber security is now vulnerable to Chinese attack, and Chinese scientists are reaching for the moon and a lunar base.

Contrary to the assertions of the pundits and think tankers, the "new" Russia and Communist China have not become enemies, but are the best of friends. Military assistance has blossomed into a military alliance, with Moscow and Beijing staging periodic armed forces exercises.

In Central Asia, a vast land mass located between the two nations, mutual cooperation between Moscow and Beijing is the rule, not confrontation, as many experts counted upon.

In a statement following the conclusion of an oil pipeline agreement from Russia to China at the end of September 2010, Russian president Dmitry Medvedev recalled the deaths of Soviet troops in capturing a Chinese port from Japanese Imperial forces during WWII, and declared that cooperation between Moscow and Beijing was "sealed in blood."

BEYOND A COLD WAR — A MARXIST, ISLAMIC TERROR ALLIANCE 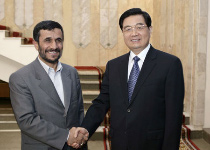 Russia and China are also united in their assistance of both Communist governments and militant Islam. Both nations aid Communist Vietnam, Cuba, Hugo Chavez's Venezuela and its dependencies. The Moscow-Beijing alliance, however, does not stop there. Both Russia and China give vital aid to the Islamic Republic of Iran, enabling Tehran to support various Islamic fundamentalist groups.

Venezuela also supports Iran, as well as several Islamic terror groups. Chavez and Iran's Ahmadinejad have declared their version of a New World Order, an invitation to the destruction of the United States and the establishment of a true dark age of international tyranny. 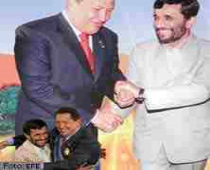 Chavez and Ahmadinejad demonstrate in their personal relationship the alliance of convenience which exists between the resurgent Communist movement and militant Islam. Both want the defeat of America and everything for which it stands.

Western experts, however, are more willing to recognize the treat of militant Islam, while they are seemingly blind to the revived Communist movement. Communism's resources surpass those of militant Islam by magnitudes.

Communism's true believers are relentless, even though as an economic system Communism has never been successful, and gives no indication that the present or the future will be any different than its dark, dreary past. But Communism's true believers around the world, including those in Washington D.C., are not deterred in the least. Communists continue to work — and fight — for what Vladimir Putin has referred to as "the cause."

Skilled at human manipulation and willing to sacrifice themselves as well as others, Communists today are convinced of the righteousness of their beliefs, no matter the cost — just as Communists were decades ago.

HELP FROM ABOVE — AGAIN 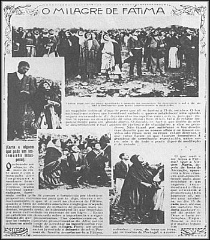 But we can also invoke Heaven for strength and proper discernment.

As important, we can also rediscover a comforting miracle which occurred at Fatima, Portugal in 1917. The Blessed Mother warned us about the "errors of Russia," and her subsequent call for devotion to Almighty God rallied millions as Soviet dictator Josef Stalin poised thousands of tanks in preparation for a final showdown with the West. Fatima gave hope to people around the world during the Cold War, and the message of Fatima can help now.

For an introduction to Fatima, International News Analysis Today recommends the classic standard on the subject, Our Lady of Fatima, by William Thomas Walsh (first published, 1947).