November 11, 2010
U.S. Secretary Hilary Clinton has recently called upon Communist China to be a "responsible player" in regional and global affairs. Clinton's hopes, however, are in vain. The truth of the matter is that China is an aggressive Communist power bent on intimidation and domination, and that the United States is engaged in a grave, four-decade long error in accurately assessing what the Chinese leadership intends both for China and the people of the United States. 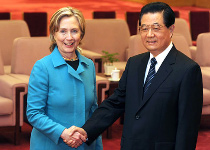 If America does not quickly change its course of action, we run the very real risk of becoming little more than a province of the world's largest Communist nation.

The members of the newly elected, conservatively-oriented U.S. Congress has the opportunity to take a new look at the fast-deteriorating position of American power vis-à-vis the growing power and sophistication of the Chinese military. The question is: will they?

America is increasing its presence in the Asia-Pacific region, but U.S. Defense Secretary Robert Gates has stated that the expanding U.S. role in the region is " not about China."

America must, however come to the conclusion that it is "about China."

The dream, so cherished by many think-tankers, of a democratic, responsible China is becoming a nightmare.

Communist China's spying against the United States is at Cold War levels, and Beijing is frightening its neighbors with the growing capability of projecting its military strength well beyond its borders.

The harsh reality is that America is fast losing its lead in science and technology to a ruthless Chinese government, aided immensely by the U.S. head-in-the-sand foreign policy. 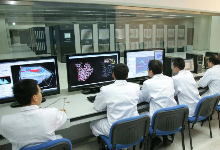 Ironically, China's new Tianhe-1A supercomputer, which surpasses any U.S. machine, was made possible by the use of a processessor chip manufactured by a U.S.-based entity, the NVidia corporation. Other U.S. corporation have been instrumental in assisting the Communist Chinese in keeping an authoritarian eye on their people. 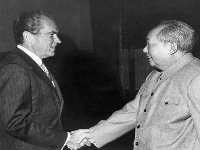 Unwittingly, the U.S. consumer has, in large part, financed the strengthening of the Chinese dictatorship through their purchases of cheap products made in China, which, in turn, has helped to destroy America's manufacturing sector and the jobs associated with it. 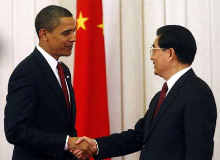 America's self-destructive relationship with the Peoples Republic of China began in the early 1970s with the "opening of China" by then-U.S. president Richard M. Nixon, and has been followed by every administration since then.

The American political elite is having difficulty in realizing that China is not simply an economic rival, one of many nations playing by internationally recognized rules. It is, instead, a nation dominated by a Communist elite with a collective will of iron — and a plan of action.

Despite some rumblings in the Chinese media, China's Communist Party is firmly in control of the nation, and has even launched the "Marx Project" to ensure that the ideas of Marx and Lenin are brought clearly and directly to Chinese youth, through new translations and intensified instruction .

Censorship, qualitatively aided by U.S. technology, assists the Party in keeping competing ideas away from the general population, while China's newspapers continue to degrade the ideals for which America stands and for which so many Americans have died.

U.S. analysts have long believed that China's change in economic policy would inevitably lead to the collapse of the Communist regime, as the rise of the French merchant class in the 18th century led to the end of the French absolutist monarchy.

The Chinese elite, however, are being guided by a political experiment of another nation, a chapter in history which remains unfamiliar to most in the West. The Communist Chinese have analyzed and are adapting the principles involved in the decision by Communism's first successful revolutionary, Vladimir Lenin, to use capitalism to advance the cause of Communism. 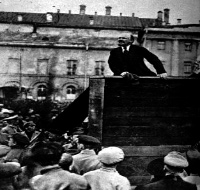 In the early 1920s, Lenin recognized that Soviet Russia was on the verge of collapse, not on account of its enemies, but because of its internal economic failures. Looking back to Karl Marx's basic theorizing, Lenin came to the conclusion that Communism had come too quickly and that the Russian state must go through a controlled period of capitalist growth before Communism could truly come into being in Russia and around the world.

To put his new theory to work — and save the Bolshevik revolution — Lenin embarked on a stunning domestic policy reversal. Political and business leaders were caught by surprise, and many experts in the West, including influential Russian exile leaders, predicted the speedy demise of the Bolshevik regime.

Branded the New Economic Policy (NEP), Lenin allowed a degree of capitalist enterprise to revive the fast failing Bolshevik regime. To avoid any agitation for democracy, however, Lenin demanded that his dreaded secret police, originally referred to as the Cheka, be extra vigilant — and brutal.

Although Lenin was quoted in the press as stating that Communist economics would return as soon as possible, the West believed what it wanted to believe, and many predicted the imminent demise of Russian Communism.

The Western political elite has never fully appreciated Lenin's strategy. The NEP did revive Soviet Russia, but later fell victim to the "Socialism in one nation" dogma of Josef Stalin, who murdered and intimidated his way into Soviet leadership several years after Lenin's death.

Many Communists then and now believe that Stalin interrupted what could have been a successful strategy by which Communism would have evolved in the Soviet Union and then throughout the world.

The Communist elite are also familiar with French history — but are betting on Lenin.

Communist China's elite are a sophisticated, well tailored group, knowledgeable about Western history and culture. They are aware of the lessons of the French Revolution, but follow Lenin. They also know that ruthlessness is key, both to Lenin's original NEP ploy as well as to today's Communist Chinese strategy. The elite, as Lenin taught, must maintain control so as to lead the masses. A degree of dissent may be tolerated, but nothing that would endanger the regime.

Today's Chinese dissidents are learning the stark limits of freedom of expression existing under the current period of economic liberalism. 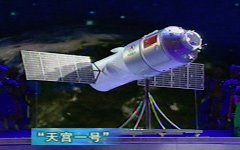 China's version of Lenin's NEP is allowing the implementation of a long-term international strategy which includes intimidation of its neighbors, the occupation of the free island of Taiwan, the withdrawal of U.S. forces from the Asia-Pacific region, and the extension of Communist China's power into outer space — which translates into dominance on earth.

The question for America is this: will we awaken to the danger Communist China poses to the U.S. and the world, or will we continue to follow the disastrous pro-Communist Chinese policy which began in the Nixon years and continues unabated to the present?

Our future and those of many generations hang in the balance.

A needed perspective on how another American generation was willing to face the threat of an aggressive Communist China is provided in "The 1958 Quemoy Crisis, An Oral History, available through Amazon. This unique volume describes the now almost forgotten confrontation in 1958 between U.S. forces and the Communist Chinese military thorough accounts of American and Republic of China (Taiwan) personnel those who participated in it.