June 23, 2011
Twenty years ago the Soviet union, correctly termed by U.S. President Ronald Reagan as the evil empire, collapsed as the world rejoiced. At that moment, America was the unquestioned superpower, the strongest nation on earth. Today, in one of history's great ironies, the United States is economically vulnerable, and Communist China appears to be the next world-dominating power. 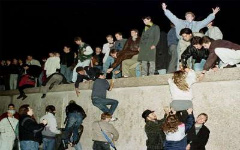 The precarious state of 23 million people living on the island of Taiwan makes visible and tangible the profound threat awaiting the entire planet should Communist China attain dominant superpower status.

During the Cold War, America tenaciously defended the right of the Taiwanese to live free from Communist tyranny, which still reigns across the narrow straits separating Taiwan from the Mainland.

After the "fall of Communism," however, the fate of Taiwan and its people is more uncertain than ever as many among Washington's elite find the support of Taiwan to be unsustainable.

Capitalist trade and investment have made Communist China economically and militarily powerful, and, according to many top experts, too powerful for the U.S. to maintain its traditional and legal ties to Taiwan. Certain conservatives join in the elitist call for appeasing China by withdrawing all U.S. support from Taiwan.

Not All Americans Agree

Not all Americans agree with the developing message of U.S. abandonment of the millions on Taiwan. One of those Americans unwilling to sever America's ties with the free island of Taiwan is Lloyd Evans, a founder of the Badge of Honor Association, an organization of some 5,000 veterans who served on Taiwan, many of whom continue to have strong ties to Taiwan.

In an exclusive interview with International News Analysis Today, Evans said that the island has significance for the people of the world.

"Taiwan is a beacon for all people who seek freedom," Evans told International News Analysis Today. "The island is a laboratory for people around the world who want to improve their lives."

Evans contrasted the decades of Taiwanese entrepreneurial experience and technological innovation with the Communist Mainland's record of acquiring technology through questionable means, including through the use of espionage.

Evans himself served as a Marine during the 1958 confrontation with Communist China. Under orders from U.S. President Dwight D. Eisenhower, American armed forces dug in alongside the Taiwanese military who endured continuous artillery shelling from the Communist Mainland. Estimates of 1,000 or more Taiwanese and Chinese lost their lives during the fighting, which included aerial dogfights.

Throughout the Cold War, Taiwan remained a close ally of the United States, providing bases for U.S. forces, including missiles which targeted Communist China. Taiwanese soldiers also fought shoulder-to-shoulder with American forces during the Vietnam conflict.

For most of its history and prehistory (which goes back some 50,000 years), Taiwan has been independent of the Mainland. The Spanish and Dutch established a presence on the island, and the Chinese occupied Taiwan from 1683 until 1895, when Japan expelled the Chinese. Chinese forces returned to the island after WWII, but no formal treaty regarding Taiwan was signed between Japan and the government of China until 1952.

The term "government of China" was in dispute by the time of the signing of the San Francisco agreement, because Communist rebels had expelled the Nationalists under Chiang Kai-shek from the Mainland in 1949. Chiang's forces took refuge on Taiwan and proclaimed the Republic of China (ROC) on Taiwan. The U.S. forces blocked Communist attempts to conquer Taiwan. 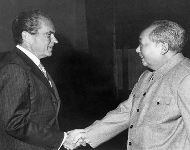 The United States recognized the Republic of China as the sole legitimate government of the Chinese people until January 1979, when U.S. president Jimmy Carter cut off formal recognition of the ROC on Taiwan to the Communist-led Peoples Republic of China (PRC) in 1979. The change in diplomatic status followed the trip of President Richard M. Nixon to Mainland China in 1972 and the "opening of China" to the West.

In April of 1979, the U.S. Congress enacted the Taiwan Relations Act (TRC) which requires the United States to assure that Taiwan has adequate means to defend itself and is not forcibly united to the Mainland.

Standing by an Ally

Evans pointedly stated that the U.S. must adhere to the stipulations of the Taiwan Relations Act for the security of both those on the island and the United States itself.

"If we abrogate the TRC, then we can say 'good-bye' to the Asia Pacific region," declared Evans to International News Analysis Today. "If we abandon Taiwan, no one in Asia will believe what we say," said Evans.

The situation would be grim for those on Taiwan, according to Evans, who sharply contrasted the fate of the Taiwanese with those living on Hong Kong when the Communists took over the former British colony in 1999.

"The Chinese Communists simply took over Hong Kong after the expiration of a 99-year lease. It will be different with the Taiwanese, because they openly resisted Communist rule," Evans stated. "The Mainland Communists have nothing but ill will toward freedom, and the Communist authorities will punish all who have given their allegiance to the Republic of China." 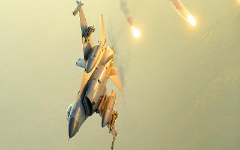 One member of Evan's group, 30-year U.S. Air Force veteran William "Pit Bull" Hash, told INA Today that Taiwan needs now the F-16s promised by the administration of George W. Bush, but which have not been delivered by the current administration.

"Give the Taiwanese the promised F-16s, put in some Patriot missiles, and station some U.S. troops back on Taiwan and the Communist Chinese will back off," Hash declared.

Hash was stationed on Taiwan, wounded in Vietnam, and received decorations from the United States and the Republic of South Vietnam.

"Taiwan is necessary for the defense of the Pacific. If we let Taiwan go, all Asia will succumb to Beijing, even the Philippines, and we'll be driven back to Hawaii, which will then be on the frontlines," said Hash.

China's neighbors have found out that Beijing's expansion aspirations are real.

The Communist China has unilaterally declared ownership of the potentially oil-rich, Spratly Islands in the South China Sea. Taiwan and Vietnam have also claimed the area, while Malaysia, Brunei and the Philippines have asserted their rights over sections of the disputed islands.

China has warned its neighbors to stop their attempts to search for oil in the Spratly Islands. The Filipino and Vietnamese governments have charged Beijing with forcibly interfering with their vessels in the region, and there are reports that Chinese fighters flew near Filipino patrol planes over the islands.

To enhance its ability to project power away from its shores, Mainland China is expected to soon launch its first aircraft carrier, named the Shi Lang, a refitted ship originally the Varyag purchased from Ukraine.

The Shi Lang is scheduled to begin sea trials shortly, and is the first of several carriers for the Chinese Communist navy. Beijing is reported to be planning four carrier battle groups within the decade.

Communist China's power is being projected beyond the Asia-Pacific region. U.S. Secretary of Defense Robert Gates has admitted that administration reticence to sell the pledged F-16s to Taiwan is prompted by the desire to cater to Communist China's "sensitivities."

The West has gotten far more than it planned when Nixon first "opened" China, especially after the "fall of Communism."

Because we as a nation were convinced that trade and commerce with Beijing would force the Communist Chinese government to "fall" as did the Soviet Union, America enthusiastically expanded trade with China and even allowed a large portion of its production facility to be sent to China.

Our hopes of political change in Beijing were, however, dashed.

Our trade with Mainland China, in reality, has financed a world-shaking military build-up aimed directly at the United States, and substantially abetted by the "new" Russia. What technology Beijing could not get from American companies doing business on the Mainland was stolen by Chinese spies, who were also assisted by their counterparts from Russia and Cuba.

We must face the bitter irony that the "fall of Communism" is a lie, that Mainland China's new found and growing military muscle would have been impossible without this lie.

Many alive today know little or nothing directly about the confrontation with Communism, know as the "Cold War," a period in which America lost some 36,000 troops in Korea and another 56,000 in Vietnam.

Evans suggests that those who do remember, especially if they served in the armed forces, speak out and educate younger Americans about their nation's stand against Communist tyranny.

In reality, we are still in the same struggle.

Above all we must stand by our allies, including Taiwan, if for no other reason than self-interest. Taiwan is a barrier to Communist Chinese expansion into the Pacific, and as a simple look at the map will indicate, the Pacific surrounds Hawaii and laps onto the sands of the U.S. west coast.

There is certainly hope. Congresswoman Lleana Ros-Lehtinen, chair of the U.S. House Foreign Affairs Committee, is introducing legislation to "enhance" the Taiwan Relations Act. Rep. Ros-Lehtinen said that Taiwan inspired all victims of Beijing's aggression and struck fear into the hearts "of the cynical old men who still rule Beijing."

It's time to make sure our Senators and Representatives stand up for liberty and stand behind the people of Taiwan.