September 9, 2011
The Communist Cuban dictatorship is draining hundreds of millions of dollars from America's already financially strapped Medicare program and using the money to finance its military and espionage services, according to one counterintelligence expert specializing in Cuban affairs. 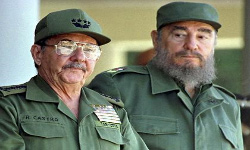 In an exclusive interview with International News Analysis Today, Christopher Simmons not only ties in the Cuban dictatorship with the rampant Medicare fraud, but draws a stunning conclusion about the erosion of American sovereignty in south Florida.

Simmons is a retired Counterintelligence Special Agent with 28 years service in the Army, Army Reserve, and the Defense Intelligence Agency with a specialty in Cuban intelligence affairs. Simmons was part of the team that identified, arrested, and convicted former Defense Intelligence Agency senior analyst, Ana Belen Montes, Cuba's highest-ranking spy captured to date. Simmons has appeared on radio and television, and has given testimony before committees of Congress. 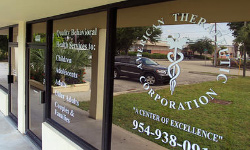 Medicare fraud usually involves money billed for treatment or services never rendered. Most Medicare fraud in the U.S. occurs in southern Florida, and the majority of the fraud perpetrators flee to Cuba. Law enforcement officials publically state, however, that there is no proof of a connection between Medicare fraud and Cuba.

Simmons pointedly disagrees and does see a clear connection.

"There is a huge difference between proof and evidence," observed Simmons.

"The Cuban government has been a criminal enterprise for 50 years, and has never been reluctant to engage in crime to make money," Simmons declared. Havana has a 50 year history of involvement in breaking international law, from drug trafficking to selling U.S. secrets, Simmons said. He reasons that expansion into a relatively simple scheme as Medicare fraud would be easy for the Communist state.

The Communist Cuban government's wide experience in breaking U.S. and international laws provides "proof of capability and intent" and a "pattern of behavior," Simmons asserted.

In seven out of ten cases, he said, the perpetrators are Cuban-born individuals who have come to the United States since the 1990s and who flee back to Cuba when law enforcement uncover their fraudulent activities. In Cuba, they enjoy every available comfort in return for funneling millions of dollars to the Cuban government.

A report issued by the University of Miami cites statements by a former high-level Cuban intelligence officer indicating that the Cuban government is either directing or assisting the perpetrators to obtain much needed hard currency.

Cuba officially disclaims any knowledge of either the fraud in south Florida or the presence on the island of the perpetrators of the fraud. 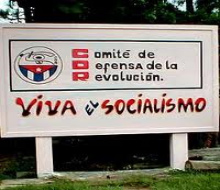 Describing as "ludicrous" Havana's claims of ignorance of the crimes or the criminals. Simmons told INA Today that the newly returned Cuban exiles would have at the very least attracted the attention of members of the Committee for the Defense of the Revolution, a block-by-block organization of Cuban citizen informers whose job it is to watch other Cuban citizens and report everything they see. Simmons estimates that one out of ten Cubans work for the CDR.

Simmons' ratio of informers to citizen is corroborated by what we know about the conditions in the now-defunct Communist East German dictatorship. As many as one in six East Germans were informers for the Ministry for State Security, the feared Stasi secret police.

A returning Cuban exile living the good life in the tropical gulag that is Cuba would certainly attract the attention of the CDR spies across the island.

Based on his knowledge of previous Cuban government criminal schemes, Simmons stated that a large part of the Medicare fraud profits go directly to support Cuba's vast foreign and domestic spy network and the military.

The United States is Cuba's only important enemy.

The money taken during Cuba's Medicare fraud scheme has returned to south Florida in the person of well-financed intelligence personnel. Simmons stated that from 150 to 200 Cuban intelligence officers are active in south Florida, vastly outnumbering U.S. spy catchers.

U.S. counterespionage efforts in south Florida are also impeded by the demands of the U.S. involvement in Iraq and Afghanistan. 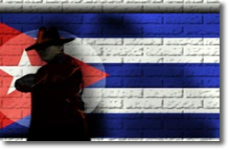 As many as 70% of Cuba's spies operate in south Florida, and the limited number of U.S. counterintelligence personnel available in the region spells potential disaster for the United States.

America's resources available in the struggle against Cuban intelligence are so thin that Simmons regards south Florida as a "denied area," an intelligence designation indicating a place where U.S. intelligence operations "are either difficult or impossible."

Examples of other "denied areas" are North Korea and Iran, said Simmons

The FBI and other law enforcement agencies have scored impressive victories against Cuban intelligence services, among them the destruction of the Wasp Network in 1998 and the arrest of Ana Belen Montes in 2001.

There is much more to do to protect Americas against Cuban espionage activities, but Cuba has become to many influential Americans a politically correct subject. Within the U.S. policy elite there is often a discernible pro-Cuban element. 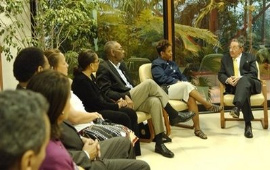 Silence also aids the Cuban dictatorship. Little or nothing is ever said in the U.S. media — liberal or conservative — about the struggles of pro-freedom activists in Cuba who face regular beatings and imprisonment.

Communist Cuba exists because of the relentless oppression carried out by its ruthless secret police for the benefit of the military and the Communist Party. Medicare fraud is just one more crime to add to the many perpetrated against the U.S. and the people of Cuba.