by Judith Reisman
'On November 6, 2008, President-elect Obama tapped Big Pornography attorney David Ogden to establish his new U.S. Justice Department team with nary a word of warning from the conservative legal watch. 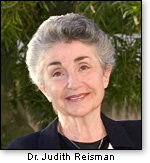 'On January 21, the Senate Judiciary Committee began receiving formal 'Letters Received in Connection with the Nomination' (some naming multiple persons and organizations). All 51 endorsed Ogden.

'On or about February 2, the conservative legal watch alerted pro-family, anti-pornography activists of Ogden's record and hearing a few days later.

'The Senate, says Whelan, 'is now being asked to confirm as Deputy Attorney General someone who advocated,' in Knox, the drastic reduction in child-pornography laws 'that the Senate unanimously repudiated 16 years ago.' Jan LaRue, senior legal analyst with the American Civil Rights Union, adds that Ogden has a 'track record on behalf of those who've deluged America with pornography and against the federal laws he would be sworn to enforce.'

'Yet not one letter below included a single word about Ogden's long and profitable tenure in the service of Big Pornography. Is it possible that these guardians of the law and of children's safety were just ignorant about Mr. Ogden's ties? As of now, not one has removed his or her support.

'It has been my Washington experience that Ogden's Big Pornography service would be known to many, if not most, of his endorsers. And, as I said, all of the letters remain in place even after the much belated reports of Ogden as a veteran pornography advocate.

'The Ogden fiasco brings to mind my August 15, 1983 naming to the FBI/DOJ 'Missing Children, Serial Murder Task Force,' a nascent NCMEC. Our mission was to study 'The effect that pornography and sexology may have upon societal violence in general and juvenile exploitation and abuse in particular.' Our FBI/DOJ Task Force of 23 criminal justice experts agreed on the need to collect evidence of 'pornography and its relationship/linkage to child abuse, sexual exploitation, delinquency, and societal violence.'

'This FBI/DOJ/OJJDP Task Force was spiked from above before we got out of the starting gate. Neither the NCMEC, the FBI nor law enforcement collects on-site data on pornography's 'relationship/linkage to child abuse, sexual exploitation, delinquency, and social violence.' Big Pornography has powerful friends in the seats of power. Note the Letters Received in Connection with the Nomination below:

'Some parting questions: Was President Obama ever warned about Ogden's Big Pornography ties? Were opposing letters from pro-family, anti-pornography law watchdogs purged from above, or never sent? Is the Ogden fiasco linked to the foiling of our FBI/DOJ plan to examine pornography's role in our 'Missing Children, Serial Murder Task Force' in 1983?'