Matt C. Abbott
My two cents on Tiger Woods; Is your church 'Ugly as Sin'?

March 17, 2010
On Aug. 29, 2006  well before the Tiger Woods sex scandals came to light, of course  the Chicago Tribune printed the following letter to the editor by Yours truly, which perhaps turned out to be slightly "prophetic":

'Tiger Woods has been a household name for some time now. And it's no surprise, considering how good he is at his craft, the media attention he receives and the money he makes. But does our culture tend to put celebrities such as Woods on a pedestal? I say yes, and that is not good.

'We are fascinated with celebrities; they make headlines constantly  and for no other reason than the fact they are famous and, in many cases, rich. Is Woods an excellent golfer? Of course. Should he be admired for his dedication to, and success in, his craft? Absolutely. But the problem with celebrity worship is we seemingly forget that these actors, television and radio personalities, musicians and athletes are ordinary human beings like the rest of us. They just happen to be in very well-paying professions.

'We shouldn't forget that John or Jane Doe, who may work 12-hour days in a less-than-glamorous job earning a small-to-modest salary, contributes just as much to society (perhaps even more in some cases) as the celebrity who makes millions doing what he or she loves. Of course John and Jane Doe aren't likely to make the headlines.'

When I composed the above letter, I was getting tired of people  the media, in particular  fawning over Woods like he was a god. One would think the experience of the last few months has humbled Woods just a bit, although it won't change our culture of celebrity and decadence.


The following is the Foreword to Michael S. Rose's book Ugly as Sin. Many thanks to Sheila Perry of Sophia Institute Press for allowing me to reprint this material.


Foreword
Why do the Catholic churches built over the past three or four decades look the way they do? Why are they so different from churches of past ages, which all seemed to be built in a similar arrangement, using familiar elements and forms most people immediately associate with a church building? Why are our modern churches so ugly, so banal, so uninspiring? 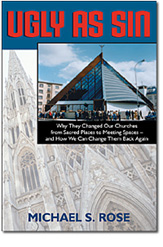 Is it just a matter of taste?

Or is something more fundamental at stake?

To many people, these questions seem as unanswerable as they are mysterious. Ugly as Sin answers these hard questions and shows how Catholics can  and must  return to building sacred places worthy of the title "house of God."

Modern church architect Edward A. Sövik underscores this point when he writes that "architecture is a more influential factor in the life of society than most people suppose." Church architecture affects the way man worships; the way he worships affects what he believes; and what he believes affects not only his personal relationship with God but how he conducts himself in his daily life.

In other words, church architecture is not negligible but significant, not the concern only of architects but central to your life and mine. The elements of our churches express a theology, manifest a particular Faith. Contrast the Quaker meetinghouse with a Gothic cathedral, and you must conclude that these two buildings represent two distinct theologies, two distinct ecclesiologies, two very different ways of looking at the Church founded by Jesus Christ.

The basics aren't hard to understand. Once you grasp them, you'll understand why modern Catholic churches have deviated from the natural laws of Catholic Church architecture to take the often bland and grotesque shape that they have.

And you'll know why it's so important that we return to those natural laws that guided church builders of old, leading them to create churches that lift the soul to God by authentically representing the Catholic Faith. 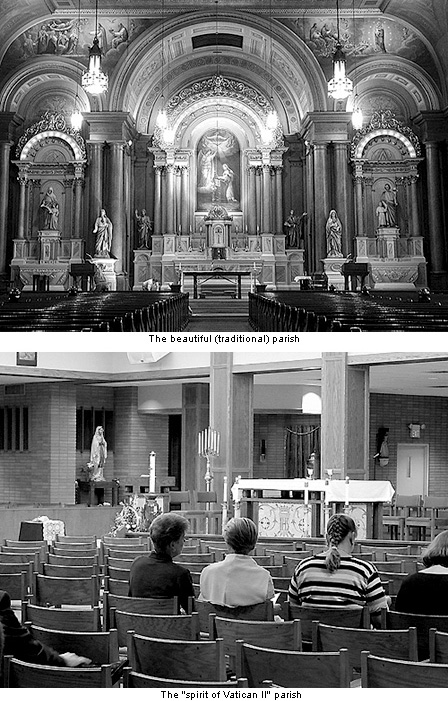 Faithful Catholics who reside in or near the Twin Cities may find the following event of interest: 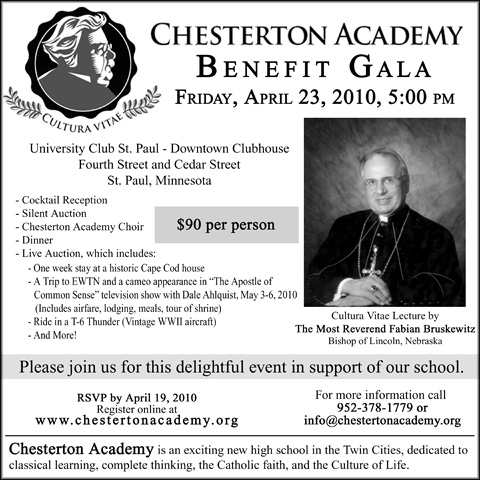