September 8, 2010
For those not already familiar with RealCatholicTV.com, Catholic journalist Michael Voris regularly delivers insightful commentaries on matters pertaining to the Church and society. Below is the text of a recent commentary titled "Glenn Beck and Religion," the video of which can be seen here.

I chose this particular commentary because, while I'm certainly not a supporter of the Obama administration, I have mixed feelings about our current crop of conservative celebrities: Glenn Beck, Rush Limbaugh, Sarah Palin, Ann Coulter and Sean Hannity. Mr. Voris seems to share these mixed feelings, and I thank him for allowing me to reprint his commentary in my column.

By Michael Voris
Hello everyone, and welcome to the Vortex, where lies and falsehoods are trapped and exposed  I'm Michael Voris.

Depending on whose count you believe, between 87,000 and 1 million people gathered on the Washington Mall this past weekend for Glenn Beck's Restore Honor Rally.

As we've been saying in the Vortex for sometime now, the link, at least in America, between church and state, politics and religion, theology and culture, is so deep that it shapes our national identity. That's why if we get the religion part wrong, the society descends into moral anarchy. 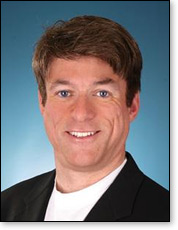 Becks' rally was heavily laced with religious references throughout. When he said to the throng, "America today begins to turn back to God," it had the ring of a clarion call wrapped up in a tent revival meeting. But as a Catholic, some random thoughts are inescapable. The religion issue here has always been a two-edged sword.

On the surface, it appears that Jesus has lots of cheerleaders. Most Americans are self-professed followers of Our Blessed Lord. Roughly two-thirds are Protestant, one quarter are Catholic and the remaining 10 percent are split between a variety. So a huge majority believe in Jesus. Yet the country is hurtling toward spiritual suicide, the Restore Honor crowd notwithstanding. Why is that?

It's because of the other edge on the two-edged sword. The lack of unity. Yes, America has a lot of Christians  an overwhelming majority  but then, way too many of them have their own working definition of Jesus, of Christianity. It is, in the last analysis, an inauthentic Christianity. Looks good and sounds good from a distance, but the closer you get, the more vaporous it becomes.

It's worthy to note that many of the leading lights in this Religious Restoration project sweeping over the land, that will definitely cause a storm to break over Washington on Election Day, are themselves promoters of inauthentic Christianity.

In the past two weeks, Glenn Beck, Ann Coulter, Rush Limbaugh and others have each come out in favor of homosexual marriage  slash  civil unions. While they are not on the front lines necessarily promoting it, they are not resisting it and are giving their considerable nodding consent to it.

That's not authentic Christianity. Not even close. But this is the problem with multiculturalism: Everything needs to be compromised and there are simply some things that cannot be compromised, the truth of God for one.

All societies eventually face high noon over religious questions. For a while, a culture may be able to skirt these issues, but eventually, sooner or later, when the right set of circumstances are brought to bear on religious and moral issues, a civilization either rises to the occasion, or meets its waterloo.

No society can survive without religion. Just ask the heirs of Lenin and Marx, whose Communist utopia couldn't survive even one century. Nor can any society survive with major differences over religion. Individuals make choices based on their belief system. When those choices begin to clash frequently enough, the cultural begins to experience rupture and moral fault lines begin to develop. As history has shown, moral fault lines always eventually result in social earthquakes.

America has been able to push the envelope in this regard because, up until just two generations ago, the U.S. was generally united under the same moral code which flowed from Christianity. But once that moral code began to be compromised and the heart of Christianity denied, our society has become unraveled.

Just as no society can survive without religion, nor survive under various religions, no society can survive united under one wrong religion. And yes, there are "wrong" religions. Religions which do not adhere to objective truth  those religions are false. Some cultures have managed to dodge the bullet on this for a while, but only because the religious issues are managed more as affairs of state than truly religious matters.

No, a society can only survive long term if it is united in mind and heart under the moral precepts that flow from correct religion. Religious differences are much more than sectarian battles and squabbles. They are the expression of different world views, which in turn cause different moralities to issue forth.

Those moralities result in different choices being made and eventually, sooner or later, these various orthodoxies are going to come into conflict. The heart of the current cultural war over homosexual marriage is, at its heart, based on differing concepts of God. All those different concepts can't each be right and true.

Someone has it seriously wrong. Every major division in society is in the end attributable to the division among people on religions. That's why a rally on the Washington Mall calling for America to have her honor restored is, in the end, a noble idea bereft of any real substance.

Until we all, as a nation, come to the same understanding of God, religion and morality, we will go the way every other civilization has gone, which is to say, a few chapters in the next civilization's history books.

For Catholics, remember: The kingdom we belong to is not of this world.