January 8, 2013
The following is a recent news release (slightly edited) by Monica Migliorino Miller, director of the Michigan-based Citizens for a Pro-Life Society and author of the excellent book Abandoned:


Robert L. Alexander, M.D., whose abortion clinic in Muskegon, Mich., was shut down Dec. 26, 2012 by order of that municipality's fire department due to building and health code violations, has been hired to perform abortion procedures at Summit Medical Services, a Detroit facility, advertising itself under "Abortion Services and Birth Control," located at 15801 McNichols Avenue in Detroit. 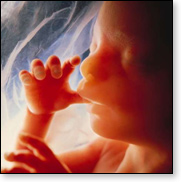 According to a Dec. 28 release of MLive.com and the Michigan Chronicle, the fire marshal's order to close Alexander's Muskegon clinic at 863 Apple Avenue followed after police officers, investigating a broken rear window, noted numerous code violations in the facility. Michigan's director of public safety, Jeffrey Lewis, noted that the closure was in response to fire, health and building code violations.

Perhaps no other abortion provider in Michigan has had a more troubled and checkered medical career than Robert Alexander, plagued by violations of law, court convictions, jail sentences, a series of botched abortions, and the repeated revocation of his license.

For various reasons, Alexander's Muskegon facility is his fourth clinic to close since 2008.

The discoveries made by city personnel at Alexander's Muskegon facility are consistent with observations made at the former Women's Choice facility in Ann Arbor, Mich., from which Alexander was evicted by court order in December 2005. Alexander had been using a spare room in that facility for months to store garbage, including medical waste material, because he had lost his contract with a waste removal company.

Alexander relocated his clinic to a store-front in Ypsilanti. In a June 2006 affidavit, a young woman who had accompanied her friend to Alexander's 9 S. Washington facility in Ypsilanti states that "the clinic was in disarray, dirty and unsanitary." (Affidavits are available from CPLS upon request.) Without notifying his landlord, Alexander moved out of the Ypsilanti storefront when he could no longer pay the rent on the offices. Many anti-abortion activists observed women leaving Alexander's Ypsilanti clinic in a confused state of mind, had difficulty walking, and some even vomited in the parking lot, apparently because they were not given enough time to recover from the anesthetic used in Alexander's abortion procedures.

b) Violation of the 24-hour waiting period.

d) Failure to remain on premises during the post operative portion of the patient's stay.

f) Unsanitary surgical practices, including the use of unsterilized or reused equipment during abortions.

i) Failure to properly dispose of medical waste.


On January 3, 2013, for the first time, Muskegon Public Safety Director Jeffrey Lewis indicated there were 11 potential fire and health-related violations. "There was a leaking roof, poor housekeeping resulting in a large fire load, several containers of hazardous material that was not stored in the proper cabinets and wasn't labeled properly, combustible materials stored near an ignition source," he said. Lewis believed that the "safely issues could affect the clientele that visited the clinic."

There was also no key box to allow fire department access to the building, the electrical panel and furnace blocked by stored materials and exit signs not properly lit and not functioning.

Dr. Robert Alexander, who ran the clinic, told Muskegon city officials that he did not believe that he could meet the proper safety requirements and thus has decided not to reopen the clinic that's he's operated in the area for more than two decades. 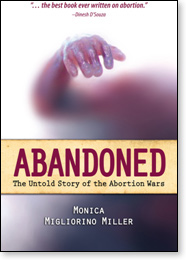 "Alexander is an abortionist we have been particularly concerned about for several years, and have had many opportunities to observe his peculiar behavior and the state of his beleaguered abortion practice. We filed complaints with the Michigan Bureau of Health Professions — all of which were ignored regarding what we believed to be his unethical practice of medicine. Now his clinic has been forcibly closed in Muskegon, which certainly does not surprise me — or anyone familiar with the way this particular doctor goes about providing abortions.

"The public should now be concerned that while Alexander's facility has been shut down on the western side of Michigan, he nonetheless continues to ply his medical practice in Detroit. For this reason we call on the Bureau of Health Professions to investigate whether Alexander is competent to perform surgical procedures. In addition, it is troubling that Summit Medical Services has hired such a questionable medical practitioner and thus we call on the Department of Licensing to investigate this clinic and make sure that it is in compliance with proper medical standards of care. The safety of women may very well be at stake."